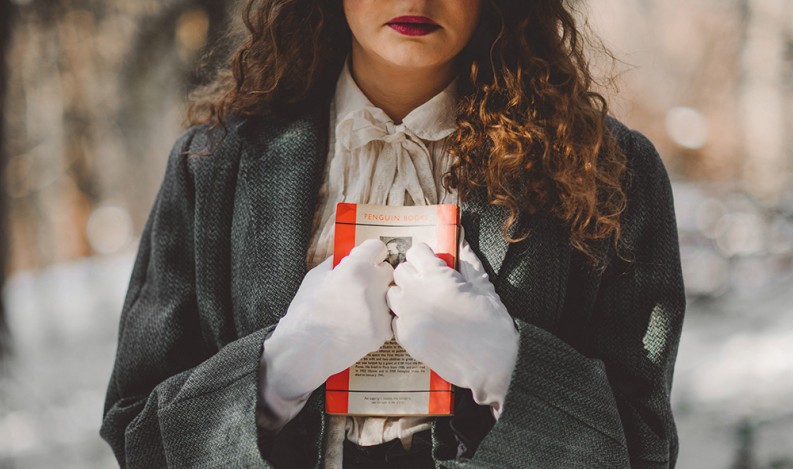 Does the number of female CEOs really measure the impact women have on the publishing business? Last September, Publishers Weekly’s annual Salary Survey noted that while women held 70% of the sales and marketing, editorial, and operations jobs, only 51% held management positions. In the previous February, VIDA: Women in Literary Arts noted that female-penned book reviews rose to 40%. As we discuss the injustices done to women in publishing—through counting book review bylines, tallying author advances and review coverage, and scrutinizing the number of management positions—it is important to delve beyond the knee-jerk “women deserve equality” reaction and ask why we think we are set apart and, more importantly, if a score card can really quantify the impact and role women play in this industry.

“I realized that other people took [my title of CEO] with a grain of salt. There is a reason and it has to be gender, but I never felt it”Jane Friedman, CEO, Open Road

Professionally, I’ve never given much thought to the fact that I am a woman. Whether in publicity at Scribner or HarperCollins, handling the book advertising at The New Yorker, or in my current hybrid role of consultant/publicist/literary agent, my gender rarely comes into play. Perhaps it is due to how I was raised or because I’m not a mother, but more than anything, I think it has to do with the number of trailblazing women I had the great fortune to work with—particularly two of the most notable women in international publishing, Jane Friedman and Carolyn Reidy—and what little emphasis they placed on their own gender in the workplace.

Prior to 1997, women held significant management roles in US publishing, from running departments and imprints to President and CEO—most notably Helen Meyer, President of Dell Publishing, and Phyllis Grann, President and CEO of Penguin Putnam—so why, when Jane Friedman became the first and only Global CEO of HarperCollins that year, did the spotlight on women in management positions began to shine a little brighter? “I realized that other people took that title with a grain of salt. There is a reason and it has to be gender, but I never felt it,” said Friedman. Working for Anthony Schulte at Random House and Robert Gottlieb at Knopf, Friedman was given the freedom to grow and take over, ultimately leading to her role as CEO. “The traits of women are to be curious and decisive. We make decisions in a more definitive way—right or wrong—and, [women didn’t take on these positions] until the publishing world was ready.”

I started in publishing at Scribner, an imprint of Simon & Schuster, in 1999, when Jane Friedman was already rooted in her role at HarperCollins and Carolyn Reidy was then President of the Adult Publishing Group at Simon & Schuster. My immediate boss and Publicity Director, Patricia Eisemann, as well as the Publisher, Susan Moldow, and Reidy were all women who showed me that this was just the first in a long line of jobs I could have if I worked hard.

“I have never been aware of my gender because publishing has always had people who appreciate hard work and anyone who could just get the job done.”Carolyn Reidy, CEO, Simon & Schuster

“People appreciate intelligence,” said Reidy, now President and CEO of Simon & Schuster, Inc. “I have never been aware of my gender because publishing has always had people who appreciate hard work and anyone who could just get the job done.” Starting under Millie Marmur in the Random House subsidiary rights department, Reidy learned through Marmur’s incredible mentorship how to treat her own staff by including them in the decision-making process and helping them to better understand the industry. “You had to work really hard and know as much as possible, be over-competent.”

I agree. I have worked for and with both men and women in my career, being challenged or supported just as much as my male peers who have similar work styles. If you are engaged in the task and are clear about your interests and goals, you tend to do well. So, if publishing is gender-blind, why aren’t more women taking on these management jobs? Do women want to rise to the very top? “Of course they do, but that will mean different things to each woman—they may want to be the best CFO, Editor-in-Chief, the best Art Director” said Friedman. In her experience, Friedman doesn’t see becoming a CEO as a definitive goal for this next generation of women in publishing.

Is that because the paths to those management roles are unclear? Friedman began in publicity and Reidy began in subrights. As Reidy noted, we all start in a function—editing, marketing, selling rights—which one would have to leave behind in order to rise to the role of CEO and see the business on a macro level. To become CEO, the path depends on the structure of the company and the steps that lead to that job.

To say that I was on track to be CEO is self-aggrandizing, but I was raised for business and had my eye on being Publicity Director, then Publisher, then President, and on up. Never once did I feel like I did not have that opportunity because of my gender. To Friedman’s point, I realized along the way that I was unhappy focusing only on the business side of this creative industry and I had the ability to create a hybrid job for myself where I combined the two. In this entrepreneurial world of today’s publishing, I think more options like that exist, and women are writing their own ticket instead of following designed paths for traditional management roles.

Currently, Carolyn Reidy is the only woman who holds the title of President and CEO among the major international publishing brands. And, while she is arguably the most powerful woman in publishing, that doesn’t mean that there aren’t quite a number of women in other top management positions, both in the US and around the world, who have significant impact. So, perhaps it isn’t that women weren’t getting those jobs as the media tends to suggest, perhaps women weren’t going for those jobs and now, with all of the attention paid to it, they feel a confidence they didn’t before.

In 1997, when Friedman took the job at HarperCollins, CEO Magazine hosted a monthly luncheon where she was always the only woman. Her male peers would look at her and think, “Are you the girl or are you really running the company?” Now, as CEO of Open Road Integrated Media, in the tech and media space, Friedman sees a lot of female MBAs reaching the upper echelons.

Like me, Carolyn and Jane were raised to think they could do anything. “Gender roles may exist, but not in your mind, not in your ability, not in what you can achieve,” said Reidy. The key, perhaps, is that we just don’t expect prejudice and leave gender out of the conversation. “Partially, if you have that expectation, you call it forth in other people.”