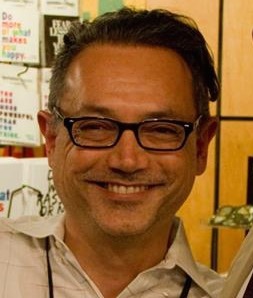 The inspiration for Query? On his website, White writes that while hosting an event for a well-known author, she mentioned that her first novel, a classic lesbian novel from the 1990s, had gone out of print and her publisher had no interest in reissuing it.

Afterwards, a little research showed that a large number of LGBT titles; books that had helped provide the impetus for the gay rights movement, were no longer available.

“It got me thinking, why not try to republish some of these books? Some of them are amazing pieces of writing, or fascinating little time-capsules of people’s lives. There could be a whole generation of readers out there who haven’t yet had the chance to know these books, and there certainly would be academic programs interested in their history. We could do print and digital (most of these books have never been published as e-books!) and definitely as a curated series.”

He told the ABA that “Query Books is a challenge unlike any I’ve taken on before, and it’s a bit scary for that. Don’t be surprised if I ask for help! But the response so far has been overwhelmingly positive; it seems to be tapping into a need that’s really out there, and to be wanted.”