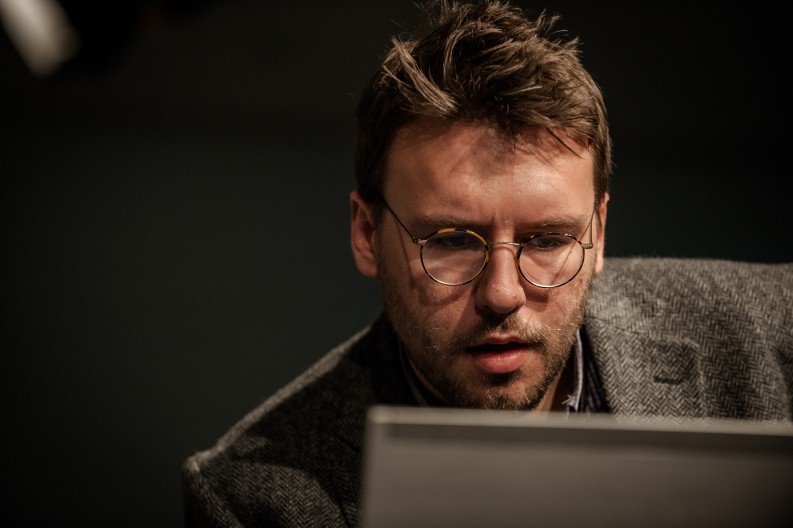 Michael Bhaskar speaking at the Frankfurt Book Fair in 2014.

In the UK a new digital publisher called Canelo releases its first titles this week and will discover over coming months whether its bold, innovative approach will work. It is operating in a different way to most publishers in that it is not paying advances, but offering its authors much higher royalties, starting at 50% and going up to 60%. It is also signing titles on short, five-year licenses, giving authors the option to take titles elsewhere if they wish, and is rediscovering old authors and backlist titles, presenting them afresh to a new audience. The launch titles include The Ghost Shift, a thriller set in ‘the new China’, by Financial Times journalist John Gapper, and a new take on Sherlock Holmes by novelist Martin Davies entitled Mrs Hudson and the Spirits’ Curse, which imagines that it is Holmes’ housekeeper who was the most gifted resident of Baker Street. Forthcoming titles will include the saga series Holidays at Home — a staple of what the UK industry would once have called “library fiction” — by the British author Grace Thompson, and reissues of Miles Kington, who died in 2008 and was one of the UK’s most prolific humorous writers.

Canelo is founded by former Profile Digital Publisher Michael Bhaskar, along with Iain Miller and Nick Barreto, both formerly with Quercus. Bhaskar, who is Canelo’s Publishing Director, is a familiar speaker at industry conferences and one of the figures who is taking publishing forward.

“One of the reasons we started Canelo is that there aren’t a huge number of digital publishers in Europe,” he said. “We certainly think the sector has a long way to go and we want to be at the forefront. Our offer is completely different. We are making the case to agents that we are offering a different model, which has all the same levels of investment, editorial attention and expertise, design, marketing and publicity, but offers the author a better deal and much more flexibility. They aren’t locked in. Generally, people are receptive, as they can see that authors can make more money this way and have more freedom, whilst being published to the highest standard.”

Sam Edenborough, President of the UK’s Association of Authors Agents, has responded positively. “We always welcome new players. All of our members are working hard to secure the best deals for their clients. Higher royalty rates for ebooks are to be welcomed.”

Agents have had something of a battle with UK publishers on ebook royalties and point out that to find the higher rates Canelo is offering they often have to look overseas. One commented: “We have more success in securing higher rates for ebooks from European publishers, than we do from the UK or the US — and that is significant because these publishers are often paying for the translation too.”

Another pointed out that Canelo’s “profit share” approach was not unheard of. “You’ll get a publisher saying can we license 12 books from a backlist for no advance — that is quite often proposed. It differs agent by agent, client by client, book by book.” Agents point out that some successful authors may have a title that has languished for which such an approach may work. Bhaskar said that they have been “grilled” by London’s agents and added: “In terms of paying agents, they will, we presume, have a cut of the royalties. So when we and the authors earn, agents earn – and because the royalties are much higher, agents are taking a cut of a bigger royalty. So both authors and agents should have a good deal. They don’t have money up front, but they have their authors published to a very high standard with a good chance of big cheques coming back. We’ll be doing everything to ensure that is the case.”

Canelo is producing websites for its authors and putting budget behind “social and search advertising,” in addition to traditional marketing and publicity. If the Thompson reissues mentioned above sound at odds with a very modern operation with a young outlook whose co-founder is a leading digital commentator (Bhaskar is the author of The Content Machine – Towards a Theory of Publishing from the Printing Press to the Digital Network, Anthem Press), Bhaskar observes: “People often misjudge the ebook reader. Typically, so-called “millennials” don’t read ebooks — it tends to be older readers. At Canelo, above all, we want to find and publish the stories people want to read. Coolness has never been our goal at all — happy readers and authors is what we are about.”

He says the balance between new titles and backlist will be 50-50, a shift from how he originally thought it would be. “When we started we thought there would be more backlist, but the quality of front list submission is so high we have adjusted. All of our books have been acquired through agents. We’ve spent a lot of time over the past few months meeting agents, explaining what we are up to and how we can work for their authors. We’ve been delighted with the response — we’ve been blown away by a lot of the material we have been sent.”

Poised to take their books out into the market, he concludes: “We thought there was an opportunity, and that now was the right time, and that we should just go for it. No one ever said starting a publisher would be easy, but we are doing everything we can to make it work. We’ve run our numbers and it does work – but like any publisher it is dependent on selling enough books.”