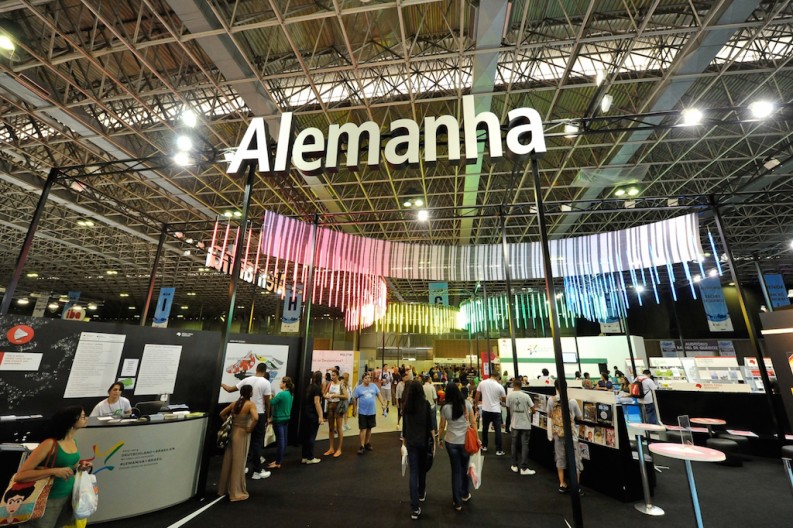 Like the Literary Agents and Scouts Center at the Frankfurt Book Fair, the ABC in Rio will offer a working space where international agents, publishers, and other companies can rent tables and host meetings.

In addition, Frankfurt will organize a rights seminar in Rio de Janeiro shortly before the Bienal begins. International rights experts will speak about the basics of the rights business in publishing, including negotiations, advances and royalties, contracts, and international legal issues. The seminar will take place on September 1, 2015 from 10 a.m. to 1:30 p.m. at the SNEL auditorium in Rio de Janeiro.

“Almost three years ago, we established our presence in Brazil by setting up an office in Sao Paulo. Now we consider the development of the Agents & Business Center to be an ideal opportunity to take the local market one step further. Our goal is to bring a glimpse of the Frankfurt Book Fair experience to Brazil”, explained Marifé Boix García, Vice President Business Development for Southern Europe and Latin America at the Frankfurt Book Fair.

This partnership in Brazil adds to the Frankfurt Book Fair’s growing initiative in rights and licensing, which includes the Literary Agents and Scouts Center at the Fair, the International Rights Directors Meeting, and the Fair’s recent investment in IPR License.

How to Participate in Rio

Agents and other publishing professionals interested in reserving a table at the Agent Business Center at the Bienal do Livro, can register online or email bienal@fagga.com.br. Tickets to the rights seminar are now on sale.

Brazilian publishers saw their revenue drop by 5% last year, largely due to a 21% decrease in government book purchases. However, the industry registered very modest growth in sales to the private sector of 0.86% — “something that could be considered an important achievement in light of ongoing Brazilian inflation,” wrote PublishNews founder Carlo Carrenho. Though such recent statistics show a decline in Brazil’s publishing industry (down from its incredible high in 2012–2013), people like Ricardo Lay — independent researcher, translator, and analyst — see opportunity.

“These disappointing results should by no means be construed as an indication that Brazil was unable to take advantage of its brief spell in the limelight,” said Lay. “There’s no question that the industry has matured significantly and the country now boasts a considerable amalgamation of highly professionalized authors, publishers, literary agents, distributors, and bookstores.”

Though the days of six-figure advances from Brazilian publishers may be on hiatus, many books on the PublishNews bestseller list are translations, including books by Kiera Cass, John Green, Anthony Doerr, Jeff Kinney, and adult coloring book author Johanna Basford.

Bigger publishers are also looking to boost foreign rights sales by establishing in-house foreign rights departments — something that is still nascent in Brazil. “Publishing houses like Companhia das Letras and Melhoramentos have already done this to great effect,” said Lay.

There are also a small but growing number of literary agents who focus on bringing Brazilian authors into the international spotlight, including Lucia Riff, Nicole Witt, Luciana Villas-Boas and Pasi Loman. Agents like Loman of Vikings of Brazil Literary Agency “continue to be optimistic about book publishing in Brazil in the medium- to long-term. Moreover, innovation, hard work, and creative thinking can still bring you results.”

For publishers looking to acquire and translate Brazilian books, translation funding is available through the Brazilian National Library. This translation funding program was established leading up to Brazil’s Guest of Honor appearance at the Frankfurt Book Fair, and despite a recent drop in government spending on publishing, translation grants remain in place. Grants in the amount of 300,000 reais have been set aside for 2015. Click here to download more information and application forms.