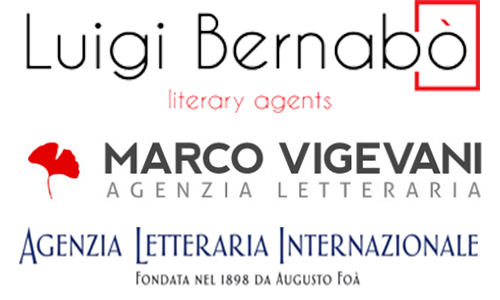 These three agencies have merged into the Italian Literary Agency

Literary agencies consolidate and break apart all the time. Last year it was announced that Andrew “The Shark” Wylie would merge — or rather, “absorb” — the business of legendary Barcelona-based literary agent Carmen Balcells, though there have been few details released since then.

More recently, in Italy, Il Libraio reported on the merger of Marco Vigevani’s literary agency with the International Literary Agency run by Chiara Boroli (said to be the oldest in Italy), and Luigi Bernabo & Associates, whose founder Luigi died in November last year.

Combined, the new group will be called The Italian Literary Agency.

Chiara Boroli serves as president, while Marco Vigevani will be the Chief Executive Officer and Claire Sabatié-Garat the COO.

The new group said in a statement that they hoped the new agency would “offer a point of reference and support for the promotion of Italian and foreign literature during a period of turbulent market changes and changes in the way people read.”

Reaction to the merger among other agents has been muted.

Roberto Santachiara called it a “good thing…The right response to Rizzadori/Mondazzoli” — referencing the recent merger between the two dominant Italian publishers RCS Libri and Mondadori. Stefano Tettamanti of Grandi & Associati, joked, “We hope that the antitrust agents turn a blind eye…Besides, I’ve always been in favor of one publisher, one literary agency, and maybe even one author and one book…”