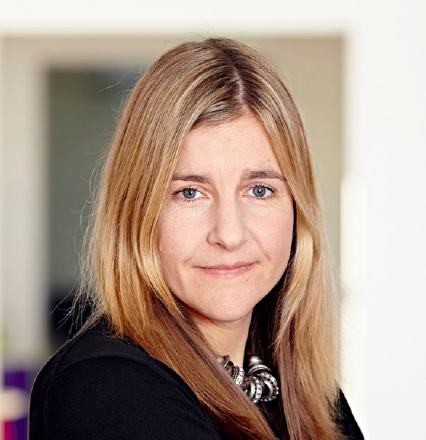 Concerns over childcare, the fact that most recruiting is done by men who hire in their own image, a lack of self-belief, and a hesitancy over “leaning-in,” to use Sheryl Sandberg’s now famous phrase (and her book, Lean In, is quoted by many), are among reasons cited by female editors and imprint heads in the UK for the lack of women taking the very top jobs.

The issue of gender has been more at the forefront in UK publishing in recent months. Novelist Kamila Shamsie has called for 2018 to be a “year of publishing women.” She is urging publishers to pledge to only publish work by female writers in that year, and she talked about the “gender imbalance that exists in publishing, in terms of reviews, top positions in publishing houses, literary prizes, etc.”

So how do UK publishers fare with regard to gender when it comes to staffing and, in particular, senior positions?

At first glance, it seems that the UK industry performs well. The workforce balance is certainly tipped in favor of women. At Penguin Random House (PRH), 64% of employees are women, and women lead many divisions and imprints across the industry. But concerns have been raised over gender balance in positions at the very top. Men lead three of the four major groups in the UK—PRH, Hachette, HarperCollins, and PanMacmillan—and although Gail Rebuck is Chair of PRH, this is a non-executive position. It is Chief Executive Tom Weldon and his deputy, Ian Hudson, who are running the company, albeit with a 50-50 male/female executive board.

Observers point out that, up until two years ago, HarperCollins was run by a woman (Victoria Barnsley), as was PRH’s parent company, Pearson. The latter’s Chief Executive, Marjorie Scardino, stepped down in 2013, with John Fallon from Pearson’s International Education Division taking over. Of the recent senior appointments at Orion in the UK, only one went to a woman—Kate Espiner, who joins from HarperCollins as Orion MD later this year—while the UK’s oldest bookseller, WHSmith, is now headed by a man after Kate Swann’s nine-year reign ended in 2013. Suddenly, it seems as if the industry has taken a step back.

Others say it is simply cyclical, that, as one publisher put it, “the preponderance of women or men at the top probably goes in waves, and it happens there are lots of men at the moment.” Rebecca Smart, MD of Ebury doesn’t think that recent appointments suggest a crisis—rather they are more about “individual succession decisions.” But she adds: “I think it’s worth noting a recent study from Columbia University in New York City, which showed that ‘where women had been appointed chief executive, other women were more likely to make it into senior positions. But when a woman had been given a senior role that was not the top position, the likelihood of other women following them to executive level fell by 50%.’ We have to be mindful of this and ensure that the next succession decisions are made from a strong pool of candidates of both genders.”

She continued: “At PRH, the UK executive board is 50-50 male/female, and five of the eight publishing divisions are headed by women. The same balance is true in the US. So within the company I work for, the environment is positive in this respect.” Speaking off the record, one senior female editor said: “Although there has been a great deal of improvement in the last 30-odd years—for example, there are many more women in senior roles than when I started out—I think the reason women are still not in the very top jobs is down to largely unconscious sexism and deeply engrained attitudes, which aren’t exclusive to men. And I do believe women generally are, or at least were . . . conditioned to be less assertive. They are often less confident and perhaps don’t see themselves in top positions, or are more likely than men to be held back by thinking they don’t have the necessary skills or attributes.

“Maybe many are less concerned with power, too. I expect there are plenty of women who don’t want to be CEOs.

“I hope that the younger generation, with different attitudes and expectations, will gradually change matters. These things do take time to work their way through. But I also think we shouldn’t just leave matters to slowly changing social trends. Publishers need to recognize that there is an imbalance—just as it is accepted that publishing generally is too white and middle-class—and proactively address it . . .

“Publishing is probably no worse than other professions, but I can think of few where the vast majority of the workforce are women, yet men dominate at the top and more women than men read fiction.”

While stressing that the companies for which they work have got it right, viewing the industry as a whole, some still make more critical observations. “It has ever been the case that women get promoted to a level just below [the top],” said Carole Tonkinson, publisher of Pan Macmillan’s new Bluebird imprint. “But a lot of times the appointing is done by men, and men are unconsciously influenced to hire in their own image. It’s societal and historical.

“There is also the lack of equality around child care and maternity and paternity,” continues Tonkinson. “In Scandinavian countries this works much better, where people can equally share care. Right now, women who have kids pay the price for career breaks. If you have a female executive eligible for a top slot who is in childbearing years, and a male executive, the male has an advantage . . . Sandberg covers much of this ground, but in publishing, as opposed to tech or finance, it’s probably harder because the salaries are smaller so there is less help.”

Pan Macmillan’s Digital and Communications Director Sara Lloyd agrees. “The weight of social history is not on our side, of course, and it takes more than telling people to change to make change happen. It has to happen from within, and that means both women and men changing their behavior and expectations. It’s a natural tendency for both men and women to recruit others in their own image. It takes real acuity and often requires coaching to learn to build a team around oneself that includes people with different approaches and perspectives. Perhaps because there are so many men in the top jobs doing the recruiting, this element of recruiting in one’s own image persists.”

Lloyd has thought quite a bit about the tricky area of self-esteem: “I really believe in self-determination. It’s so easy for us to blame macho culture or suggest the system is not on our side, but we have to do more than just proving we’re capable ‘technically.’ We have to build our own and our female colleagues’ confidence, and we have to start standing up for ourselves, believing in ourselves. I hate generalizations, but so many women look at a high-level job spec and pick out the one or two areas where they don’t have the direct experience. When I talk to most men about how they approach the same situation, they focus on the bits they can do and feel that will be enough; they’ll work out the rest on the job or recruit suitable people around them to complement their own skills.

“Of course there are exceptions to this, which is why generalizations aren’t entirely helpful, but talk to any headhunter and they’ll tell you the same story. What I’m basically saying is that we have to find ways to build our self-belief, whether that be through coaching or mentoring or other approaches.”

Tonkinson notes that much of Sandberg’s Lean In is filled with uncomfortable truths, “such as most people don’t like women in powerful positions” and that women need to learn to work with that. “I have acquired a brilliant book for the UK called Acting with Power by Deborah Gruenfeld, a Stanford University professor who addresses just that. We need to educate ourselves as women, not shrink back. We need to learn how to be visible. I think this is very alien to a lot of women . . . We have to do it, not for ourselves though, but to be role models and to help change the status quo.”

Agent Clare Alexander at Aitken Alexander wonders whether the tendency to favor men for the very top positions isn’t a “peculiarly British phenomenon.” She points out that across the Atlantic, Carolyn Reidy is running Simon & Schuster, Sally Richardson is in charge at St. Martin’s Press, and three of the four PRH divisions are also run by women. “Could this actually be a peculiarly British phenomenon, like an obsession with class and drinking warm beer?” she asks.

Judith Curr, president and publisher at Atria at S&S US, notes her country’s “substantial history of women heading up major publishers, notably Phyllis Grann [former CEO of Penguin Putnam], Jane Friedman [former president and CEO of HarperCollins worldwide], and our own Carolyn Reidy . . . As the industry contracts, the number of top spots are becoming fewer, thus more competitive. At the same time, women have now proven repeatedly that they can be successful in the top jobs, and that will only open the door to further consideration when those few spots do come open.”

Outside of publishing, how does it look? The Times reported recently that only six of the 100 chief executives in the Financial Times Stock Exchange Index (FTSE) are women, and of the FTSE 250, there are only another ten female chief executives. However, HarperCollins’ Communications Director Fiona Allen, who has just been appointed to the publisher’s executive committee, notes that there are an “encouraging number of female CIOs at FTSE 100 and Forbes companies,” and observes that their own CIO, Laura Meyer, is a case in point. “Laura does a great deal to mentor women in tech roles and to encourage younger women into the tech side of the business. At HarperCollins, we are working with two women’s mentor groups: SWIMM [Senior Women in Media Management] and WING [Women’s Industry Network Group].”

Baroness Rebuck (the PRH Chair became a Labour peer in April 2014) used her maiden speech to the House of Lords last November to talk about the issue. “I have been proud of how my industry has led the way on gender diversity, promoting women to the top ranks at a time when the only way into the executive suite in many sectors would have been with a tray and biscuits,” she said. But she noted, “only last week, the World Economic Forum report showed that the UK has slipped out of the top 20 countries for gender equality, dropping from 18th to 26th.”

UK publishing arguably fares better in gender equality than other parts of society, though some feel improvements could still be made—and while nobody likes to talk about gender differences, Tonkinson couldn’t resist one, understandable swipe at a certain type of male.

“The feminist in me doesn’t like to define skills wholly according to gender, but I do think women are socialized to work more collaboratively than men and they can be less adrenaline-based, which we’ve seen can be hugely dangerous. The banking crisis shows the perils of putting a lot of alpha males together with little gender balance—appropriate caution and responsibility to the greater whole can be sacrificed.”