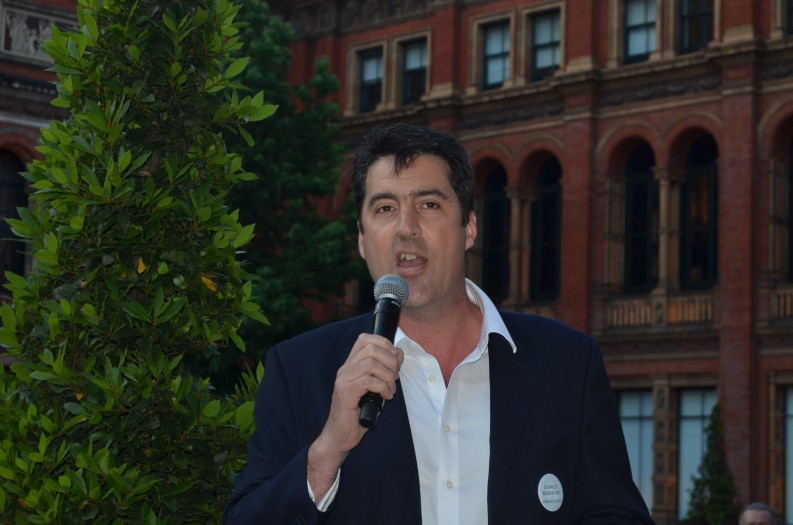 Charlie Redmayne: “the company is flying,” he said.

At HarperCollins UK’s annual summer party for its authors, UK CEO Charlie Redmayne could not have sounded more positive about the firm’s direction in 2015.

On a glorious summer’s evening in the elegant courtyard of London’s Victoria & Albert Museum earlier this month HarperCollins UK CEO Charlie Redmayne could not have sounded more positive as he welcomed guests to the publisher’s annual Summer party in honor of its authors.

“I genuinely believe publishing is entering a golden age,” he said. “There are more people reading than ever. I have the best job in the world. I can read books and pretend I’m working, and although we face certain challenges from our friends in Seattle, who seem to want to take over the world, that’s OK, we deal with it, it’s what we do.”

He said that with the recent acquisition of Harlequin, HarperCollins’ authors were now published in 32 languages in 16 countries. “We are flying as a company. In the past, HarperCollins was a bit political, a bit spiky — that has gone; it is now a team.” Guests at the party included three legendary figures whose combined ages are 270. There was 89-year old doyen of science fiction, Brian Aldiss; 89-year-old Michael Bond, creator of Paddington; and 92-year-old Judith Kerr, author of The Tiger who Came to Tea, and who was being nobly chaperoned by Redmayne for much of the evening.

Aldiss is still very much at work. “I was writing this morning!” he said, to nods of no surprise at all from his Harper Voyager editorial team, Eleanor Ashfield and Rachel Winterbottom. “You don’t have to encourage Brian to write,” said Ashfield. “His output is incredible, and we’re in the middle of a big re-issue program in honor of his 90th birthday later this year.”