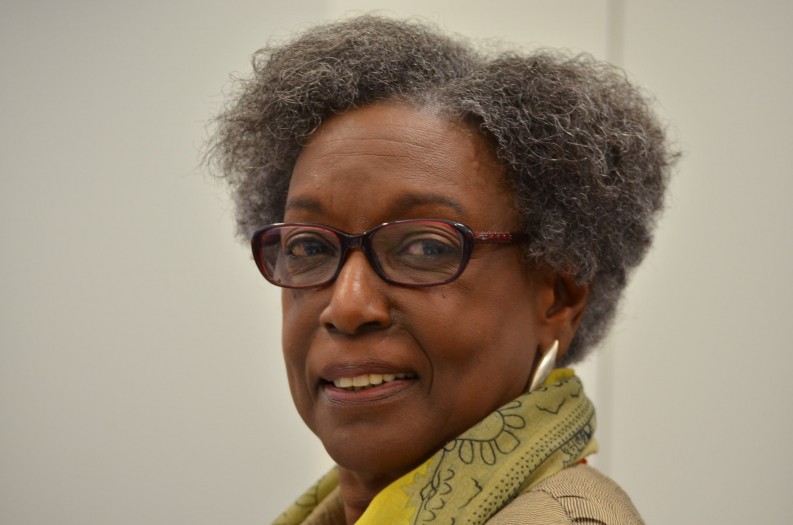 The book industry remains largely white and middle class, while efforts are being made to boost socio-economic and ethnic diversity in publishing. When will a major UK publishing house see its first black CEO? An industry in which gay people thrive and in which women hold many senior positions does not do at all well when issues of race are examined. While UK publishers accept that gender issues are important, many of them believe there is a more pressing issue, one that is even more sensitive: ethnic diversity. How do you a stop an already predominantly white, middle-class industry from becoming even more so—and what affect does that have on the types of books that are published?

“You have to get people very young and start challenging the stereotypes.”Verna Wilkins

“I think gender is not our only, or even our biggest, diversity issue,” says Ebury MD, Rebecca Smart. “The prevalence of the white middle classes in publishing remains a huge problem. We complain that fewer people are reading, but it’s not surprising when publishing represents only a small proportion of our population. I think that the ‘The Scheme,’ PRH’s program aimed at recruiting a more diverse group of people, is a great start, but it’s not enough. We need more ethnic and demographic diversity at the top of our organizations.”

The Scheme, which launched in March, is an entry-level program designed to find people who may not have previously considered a career in publishing. PRH used Tumblr to find four new recruits who will join in September. Joanna Prior, MD of Penguin General and newly appointed President of the UK Publishers Association, agrees with Smart that gender is not the main issue. She notes that there are women in very senior positions across conglomerate publishing, and that in the independent sector, Jenny Todd has taken over at Canongate and Amanda Ridout is MD of Zeus. “I worry about lots of things to do with diversity—the ethnic mix, the socio-economic make-up of our work force—but I do not worry about women getting senior roles.”

According to Creative Skillset, the industry body that supports skills and training for people and businesses in the creative industries, the BAME (Black/Asian/Minority/Ethnic) percentage of the publishing workforce in England and Wales is only 4%, while the overall BAME percentage in those same countries is 14.1% (according to the 2011 census). In 2012 the BAME figure increased to 5%, still far lower than average for the wider UK working population.

“I worry about lots of things to do with diversity—the ethnic mix, the socio-economic make-up of our work force—but I do not worry about women getting senior roles.”Joanna Prior

A 2013 London conference hosted by Equality in Publishing, a body established “to promote equality across UK publishing, bookselling and agenting,” discussed this issue. Caribbean-born publisher Verna Wilkins, who founded Tamarind Books (now part of Random House) to publish diverse books, said: “For me, you have to get to people very young and begin challenging stereotypes. I work a lot in schools. I have had people say to me ‘where is the publisher?’ when I have come to give a talk. They’ve assumed I’m one of the cleaners. After all, how could I be a publisher? In one class, I put up a picture of Samantha Tross. She’s a black orthopedic surgeon, drop-dead gorgeous. I asked the class what job they thought the person did—and it was all hairdresser, model, singer.”

Former Children’s Laureate Malorie Blackman has called for more diversity in children’s books. This lack of diversity in publishing may partly have its roots in the UK’s education system. Better off, middle-class families with lower BAME representation tend to choose selective (exam entry) or fee-paying high schools. These schools, selecting by high ability, produce the graduates of the future who may go into publishing without ever having had a black classmate, a Muslim classmate, or a refugee classmate struggling with English. And they might then tend to publish books about the world that they know, which tends to be a white mono-culture.

This can lead to an unintentional class and racial apartheid in the UK which may be a contributing factor in the publishing industry’s lack of diversity.