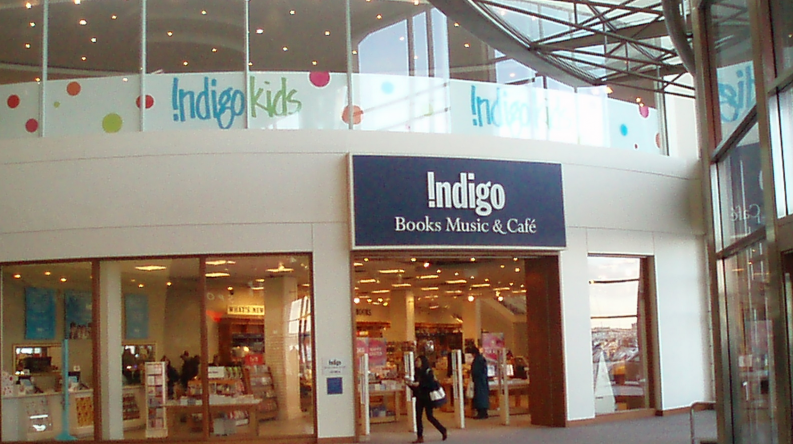 It’s wonderful, as an American, to visit Canadian bookstores. I always love browsing the shelves of books written in English in a culture that is oh-so-close to my own, and finding I know hardly any of the authors. You can read a fine list of nine Canadian authors you may not know much about at Lit Hub.

It’s also good to learn that Canada’s dominant bookstore chain, Indigo — which runs 221 stores under brands including Indigo, Chapters and Coles — has announced it will re-focus on books and is redesigning its stores to emphasis the company’s role as a bookseller — in part by expanding 40% discounts to the top selling 100 titles — a practice that echoes the strategy of Barnes & Nobel from the early 1990s when the company was in an aggressive expansion mode.

This clashes somewhat with earlier reports that indicate CEO Heather Reisman would boost profitability by adding more electronics and gift items. Last year Indigo added American Girl doll boutiques to many of their stores, which helped drive more customers. Non-book items account for 30% of the company’s sales, but Reisman says she’d like to see that grow to 50%.