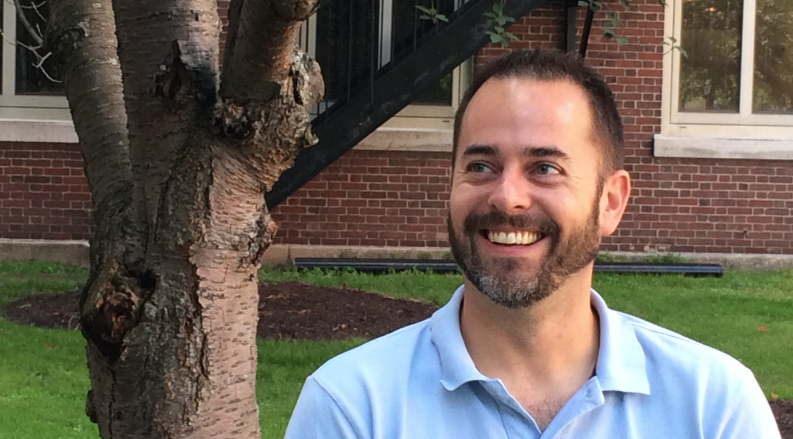 For whatever reason, over the past few weeks, I think I’ve been asked “how do people find out about your books?” at least a dozen times. From fellow publishers looking for help to radio show hosts curious about how Open Letter Books could possibly break though the “noise” of the hundreds of thousands of books published every year to find readers interested in our particular brand of international fiction.

This really is the age-old question, one that’s been addressed here at Publishing Perspectives a dozen different ways: In our age of media saturation and, for all practical purposes, limitless entertainment options, how does a specific book find the right reader at the right time? Or, to make it a bit less magical: How does a publisher get the word out to enough people willing to pay money for their product?

I’ve been working in publishing for fifteen years now, and, although we have a lot of new marketing tools that didn’t exist back in 2000, many of the core concepts really haven’t changed that much. We all need to do our fair share of direct contact with our readers (newsletters!) and people who might be teaching our books (at Dalkey Archive we used to send postcards to academics asking them to visit our website, now this is in form of email and e-galleys), we do all we can to scratch out a review from a big outlet (it used to be the book review sections in dozens of local newspapers or Oprah, now it’s Flavorwire), we inundate booksellers with galleys in hopes that they’ll staff pick the titles (some of the great bookstores of 2000 have been replaced by other great bookstores), we occasionally take out advertisements (we’ve always known this has limited success), and seek to generate word-of-mouth buzz. Word-of-mouth is the one concept that publishers will consistently point to as actually generating sales. Being reviewed in the New York Times Book Review is spectacular, but over the past decade and a half, the sales generated by a full-length review in the Times has shrunk, at least in my experience. Despite its reputation as being the “paper of record,” and last standing book review standing, it’s not the be-all, end-all that it once was. This isn’t all that surprising, given the plethora of options available now for finding out about the books that you’re most interested in, although it makes the job of marketing a book that much trickier. You can’t just bank on a solid Times review to propel your sales, instead it seems like in today’s social media driven world, the publisher has a new, secondary role of having to amplify the impact of this review.

Amplification as a concept isn’t particularly new, but it’s something I’ve been thinking about a lot over the past couple weeks, especially in regards to new presses, smaller presses, those who are in great need of getting attention for their titles, but don’t have huge marketing budgets. The specific presses I have in mind are producing really great work, yet, like with most everyone, it can be hard getting traction for your titles.

This article actually directly came out of one of these conversations. While at the American Library Association conference, a fellow publisher was lamenting their difficulties in getting bookstores to pay attention to their books, and was curious as to what we at Open Letter do, since our books are talked about “everywhere.”

This comment initially seemed pretty specious to me, since I’ve spent the past few years bitching to everyone about how our titles get no respect, how futile the whole publishing process is, that it would be more fulfilling to work as an accountant and just read the books that I’d like to read instead of investing all my emotional energy and esteem in these objects that seem to die in the ether . . . But then, he made it clear that he was talking not about actual awards and sales and reviews, but about the perception that our books are on everyone’s personal “best of” list and that he was mostly getting that from online references, especially Twitter.

Back a million years ago, when I was working at Dalkey Archive Press, one of our titles, The Third Policeman, was included on the TV show Lost. It was on screen for approximately .025 seconds, but before that particular episode aired, we had already sold 15,000 copies of the book, transforming it from one of the press’s best-selling titles to the title that a lot of people associated with the press—the book that made the press cool. How did we do this? By convincing dozens of outlets that the book “contained some clue” to the whole series, essentially taking the knowledge that the book was going to be on the show, not just waiting for die-hard viewers to catch that glimpse of the cover and hunting it down, but instead amplifying that piece of information and telling everyone.

So much of marketing (90%?) is about creating perceptions. About creating the impression that your product is the “must have” thing of the moment. Making it seem like you are bigger, more respected, more influential, more everything than you really are. Making people aware of something and, if you’re really good at brand management, letting others build your reputation for you. (In contrast to telling everyone how much ass you kick.)

The past couple years, Open Letter has experienced a dramatic rise in our Twitter followers, from 5,000 or so, to 10,300. Which pales in comparison to fellow nonprofits like Coffee House Books (40,500) and Graywolf Press (248,000), but is slightly higher than Archipelago (9,300) and the aforementioned Dalkey Archive (10,000). This growth has made it a lot easier for us spread the word about the good news that comes our way.

When James Wood wrote about Alejandro Zambra in the New Yorker, and included a laudatory paragraph on our books of his, The Private Lives of Trees, we were able to promote that bit of info to all of our fans, leading them to share the same information, or to make their own comments about Zambra and his books. It was a very direct way of starting a conversation—one that’s both private and public, and one that can grow.

In terms of growing that conversation, this can happen in a really exponential way given the ease of retweeting and responding to tweets. A fraction of our 10,000 followers will see a tweet from Open Letter about the four titles we landed on the National Translation Award prose longlist. And a fraction of those will congratulate us, share the same information, comment on the books that were included, etc. And a fraction of their friends will do the same. The news will spread.

With someone like Graywolf, who has 250 times as many initial followers—many of whom probably follow each other, since the literary world is smaller than most of us wish it was—those sorts of comments and retweets create an echo chamber like situation in which a casual user can find themselves inundated with references to a particular title.

Here comes some fuzzy math for you: If 1% of a press’s followers interact with a tweet—retweeting it, commenting on it, adding their own opinion about a particular book—and if each of those followers has an average of 300 followers, an initial tweet actually reaches four times the number of followers you have, amplifying it considerable.

For Open Letter, that would mean that a good review in the New York Times reaches 40,000 people. For Graywolf, they’d be reaching one million potential readers.

Will any of these twitter escapades lead to actual sales? Maybe not, at least not initially, but say you get three-four solid blog posts/reviews/shout-outs about a given title and keep tweeting these to your followers? Given the way networks work (see above note about a lot of overlapping fans), this can create a sort of cavalcade of information, creating the impression that everyone is talking about a particular book.

Now, this is a really cynical statement to make, but the more I’ve been using Twitter—and the more I’ve been digging into the stats for our blog, Three Percent—the more I get the feeling that people don’t actually read long form criticism anymore. Actually, that’s not quite true. People do read certain things, but I’m just not sure that really matters. What matters is that these articles are referenced and re-referenced, shared and commented upon and retweeted. It’s all about creating the perception that this particular book or author is really hot right now.

I’ve personally bought several books over the past month (including The Chameleo Effect and The Book of Numbers) simply because of online chatter. I read exactly zero articles about these books, but because people I trusted were Tweeting links to pieces about these titles, I figured they were books that I would like as well.

In a way, this is defining the core of the BuzzFeed Model to Dominating the Mediaverse: You need content, but what you really need are likes and retweets. To put a more positive spin on this, as a small press with limited resources, it probably makes more sense to try and generate word-of-mouth for your lead title by a) developing a large following on social media (which has been and will be the subject of many other articles on this site) and b) constantly sharing all the references to your books in ways that encourage interaction, than trying to invest heavily in more traditional marketing (advertisements, book tours, etc.). It’s by amplifying the good news about your titles that creates the perception that your books are everywhere, which helps in getting more reviewers and booksellers and readers to pay attention to what you’re doing, which gives you more information to amplify, which … you get the picture.