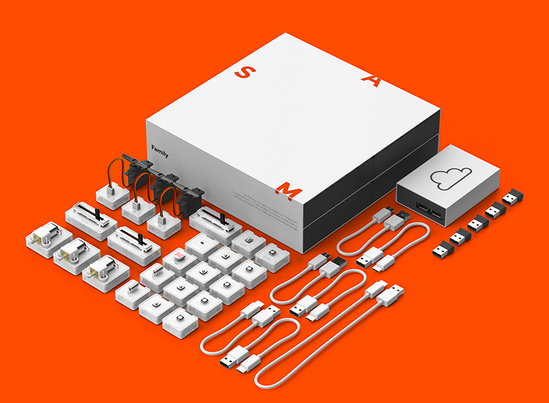 The future of education is tied to technology, which now offers tangible, hands-on learning experiences that go well beyond coding and reading on tablets.

“The students kept coming in and the tablets just wouldn’t work,” one teacher in London told me about her experiences of edtech (educational technology).

Today, June 15, in central London, at an almost sold out event entitled “The Future of Education,” the seemingly limitless optimism of Silicon Valley comes face to face with life at the chalkface in many UK schools today as words like “disruption,” “innovation,” and “hacking” will tangle with “be quiet,” “why isn’t this working?” and “there is no money.”

RE.WORK is an organization that runs events that brings together A-listers from the world of breakthrough technology, cutting-edge science, and entrepreneurship who are shaping our future. Every year in June RE.WORK gathers edtech founders, technologists, education practitioners, policy-makers, and teachers to explore how new and emerging technology such as robotics, Internet of Things, and augmented reality will impact students and classrooms in the future.

The event is a practical one, involving brainstorming sessions, demos, and presentations. In particular, it is about exploring the opportunities of integrating technology into education, as well as the challenges that will bring, whether — for example — in design or in adoption by teachers. Kano Offers a bulid your own computer kit.

Yonatan Raz-Fridman, co-founder and CEO of computer-kit company Kano, believes that whatever the challenges that teachers still face in integrating technology into their classroom, the importance of an event like this is clear: “Technology in all of its forms — software, hardware, and web — is now deeply rooted in everything that we do, and education is just another area where it is beginning to make its presence felt.”

Yet he feels that many people discussing edtech are asking the wrong question: “The issue shouldn’t be about what the particular technology is, but rather what the impact of the technology in the classroom is.”

For Raz-Fridman, the big trend at the event will be how technology can turn students from passive consumers into hackers, as “technology is the most powerful DIY tool that has ever existed. The classroom of the future should empower and enable and give the students control of the world around them. They will be using things they already use outside of the classroom but in a deeper way. They will be able to make what they are using and what they are learning for themselves.

“It will change our understanding of the role of the teacher as well. Teachers will become moderators.” Ultimaker’s 3D printer may have implications in education by making learning tangible.

Like Raz-Fridman, Paul Croft, director of 3D printing company and online community Ultimaker, believes that technology “is not just leading an industrial revolution — it is an educational revolution as well.” On June 15 we will see “a greater emphasis on giving students more access to digital technology so they can express themselves.” 3D printing, he believes, has the added advantage of “allowing the students to see their digital creativity as a tangible thing, which is a huge part of the reward.”

He also feels we will be seeing more emphasis on “the basics” as well, “like reliability, support and always relevant content. It is about giving teachers confidence that the technology isn’t going to go wrong in front of the class. It is also important that teachers feel they are part of a bigger movement rather than early pioneers.” SAM Labs offers kids to learn the Internet of Things

For David Weiss of Sam Labs, a company making an Internet of Things development kit, the discussion about “the connected classroom of the future will also lead to an emphasis on collaborative learning, where students can work better together.”

Weiss argues that driving many of these changes will be the new UK curriculum for computer science, which will stretch from learning how to code to understanding debugging and the bigger concepts behind computer science — and reflects the desire to connect learning across different fields, not just computer science and STEM.

However, amongst all the dreams of revolution Charley Darbyshire, founder of Educake an online testing tool, strikes a more conservative note as one of the trends he expects to see at the conference is the continuation of the “big move away from suites of computers or even a trolley of laptop to chrome books, tablets — particularly iPads — and beyond that to BYOD [bring your own device].”

For Darbyshire a lot of the big breakthroughs in edtech like augmented reality haven’t yet really happened in the UK yet as they are often “small things that help in some lessons and as a result aren’t so useful when a teacher has five lessons a day to plan.”

Like Croft he would like more of an emphasis on the basics. “Spinning a virtual atom round is cool and amazing,” he says, “but it will help some kids more than others. In any case, is it really any better than having a good teacher talking about it? Yes of course you can show wave motion online or even in augmented reality, but you can get a reliable and easy to use wave machine for £90.”

Although he is not immune from this talk of an education revolution as he says his team is excited by talk of the class room of the future which they call the flipped classroom: “technology can give students the resources to teach themselves and take control of their own learning. At its most extreme it can even reverse the role of the teacher who becomes an enabler. Teachers could set tests using online testing tools for the start of lessons as the instant results can then be used by the students to guide their own learning.”

For Raz-Fridman, the focus on technology can obscure the fact that “teachers are the key,” and this is where spending cuts in the UK may bite: “If the teachers don’t have the funding to keep knowledgeable and capable then this will be a big issue.”

Ultimately he argues, we need to “change the understanding of what the technology is. It is some sort of enabler and the issue is more than just about having the use a tablet, which can be just a textbook by a different name.”

In the end, the advantage of a conference like this according to Paul Croft is that “education is unique in terms of procurement as it depends very much on teachers recommending a certain product or tool to teachers, so in this community success can breed success.”

Ultimately for Croft Monday should be a call to arms as “the Victorians didn’t sit and talk about whether it was a revolution or not — they just got on with it.”