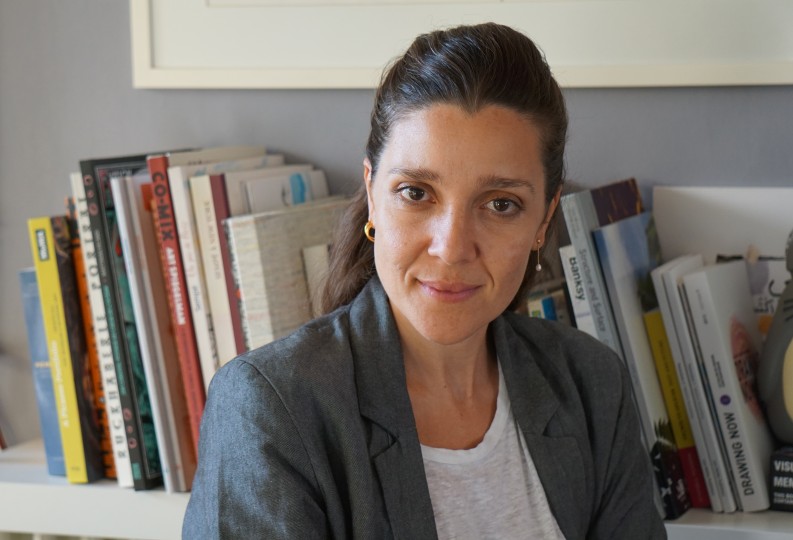 One of the few literary agents focusing on Arabic, Yasmina Jraissati, discusses the non-existent role of the literary agent in the Middle East.

As Yasmina Jraissati got ready to participate in a panel at the Abu Dhabi Book Fair last month to talk about the tradition of literary agents in the MENA region, she explained that the subject is at the same time simple and far-reaching.

“To my knowledge, there is no tradition,” she said. “Publishing companies here are not structured the same way as in Europe so you don’t exactly have foreign rights directors. Mostly it’s the publishers who know their lists; they love and pitch their own books.”

The Lebanese Jraissati (who also teaches philosophy at the American University of Beirut) founded her Raya agency in 2004 because she felt that Arabic literature was under-represented in the global literary world.

“Translation rights were very new. When I approached authors, it was interesting because younger authors were aware, but more mature authors didn’t know about their rights.”

As far as Jraissati knows, there are no other agents in the MENA region doing what she does, which is representing Arab authors and selling rights to their work to publishing houses abroad. Things are slowly changing, but there is certainly room for more agents, she says.

A significant portion of contemporary Arab authors who are known abroad are Jraissati’s clients: award-winning Syrian author and poet Khaled Khalifa, whose book, Madih al-Karahiya (In Praise of Hatred), has been published in several languages including English; award-winning Lebanese author Hoda Barakat, who was shortlisted for the 2015 International Man Booker prize; Syrian journalist and author Samar Yazbek, whose new book, The Crossing: My Journey to the Shattered Heart of Syria, will be published by a Random House imprint; and Iraqi poet and author, Sinan Antoon, who has been widely published in the U.S.

When Jraissati began her career as an agent, she first approached publishing companies such as Dar al Saqi, which had traditionally handled rights on its own.

“Other publishers told me that they didn’t necessarily have the rights to the work they published but that they could put me in touch with their authors.”

Publishers had everything to gain from Jraissati selling translation rights to their authors’ books, because curiously, when books are translated into a foreign language, they then sell better in Arabic, she added. Moreover, “Arabic literature is a difficult sell.” Advances are rare, or small, so it is not necessarily profitable for a publisher to spend time trying to sell rights.

Jraissati decided from the beginning that she would work with co-agents for various language rights. “I was new and had no reputation and a list of authors that no one had heard of so I couldn’t do this on my own. I needed established co-agents, and working with them I realized they were very efficient. I can’t do the world on my own as I work by myself.”

She collaborates with co-agents for English, European languages, Korean and Turkish rights and is developing a partnership in India while looking for additional partners in Asia.

Many writers now come to Jraissati because they have heard of her, “but I also do research and ask authors for recommendations. I’m always on the lookout — my deepest terror is that there’s an amazing book out there that I don’t know about!”

According to Jraissati, the biggest challenge facing Arab authors today is one and the same at home and abroad:

“It is an opaque and closed market. Information tools are missing. This opacity impacts the production and the quality standards that could emerge.

“Literary awards are a good thing, I think, because we need some sort of reference. People can’t want a book that that they don’t know exists. And not everyone has the curiosity to seek out a book.”

Jraissati is interested in talking about why the foreign rights market is so difficult and what should be done. At a recent conference, a publisher asked her how he could know which books he should pitch abroad.

“It’s a good question — it can be a good book for the local market but not good for another market. People aspire to being translated but we want them to write for their local readers. It’s important to know how to select books from a catalogue to sell abroad.”

Being an agent in the MENA region is a role that is “very poorly understood, even if there’s more awareness now. Everywhere in the world people in the book chain don’t really understand the role of the agent. It’s an unusual job. It can feel like a thankless task, but often it’s very gratifying as well.”

The challenges are many, but publishers seem determined to find creative new ways to jump over hurdles and get books to readers. For additional reading see literary agent Yasmina Jraissati’s study.