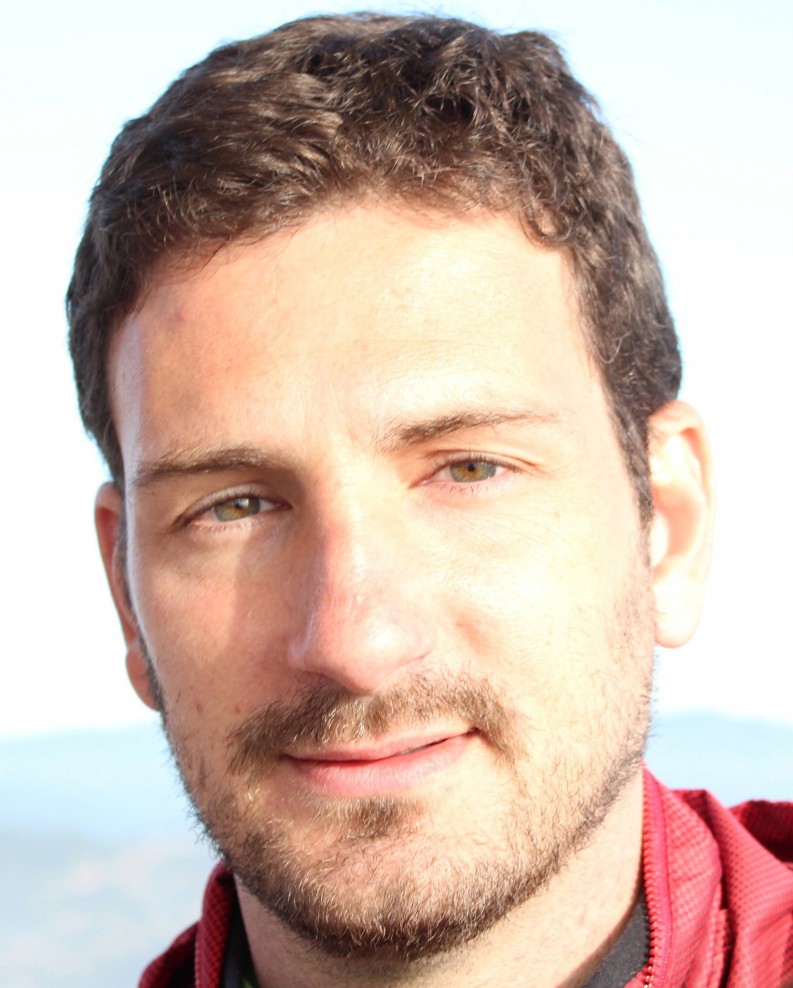 Ricardo Lay discusses how to revitalize the Brazilian book market, such as opening new sales and distribution channels and bolstering foreign rights sales.

This month we take a look at the Brazilian book market which has come under increasing spotlight in recent times. Here at IPR License Brazil territory which crops up a lot when speaking to members and represents a huge opportunity for sales into and out of the region. It remains a maturing market which continues to face many obstacles in terms of sales, distribution and governmental influence but does boast a wealth of talent and potential. As such it remains a fascinating marketplace and one certainly worth a more in-depth look at. Curitiba-based independent researcher, analyst, writer and translator Ricardo Lay looks at how initiatives could help reinvigorate the Brazilian publishing industry and outlines how the rights and licensing arena is responding to economic and currency challenges.

Amidst the turbulence and stagnation that has assailed the Brazilian economy and, consequently, the country’s publishing industry, the latter had good reason to celebrate recently. This came in the form of an announcement from the Brazilian Justice system regarding its decision to allow the publication of unauthorized biographies, constituting a victory of great moral, if not economic, value for the sector and society in general.

A clear triumph for freedom of speech, the decision could prove an important first step in paving the way for additional initiatives geared towards redefining priorities in the sector. The opportunity is here for basic mechanisms to be re-evaluated and refined in favor of practices that will help build a more resilient publishing industry that is, among other things, less dependent on government purchases.

Under new management since March, the Brazilian Book Chamber (CBL) has set its sights on developing a model of management for the effective implementation of the Brazilian National Book and Reading Plan (PNLL), which was introduced in 2006 by the Ministries of Culture and Education and has yet to be completely put into effect. The Plan calls for both civil society and government to join forces in building a state policy that promotes the practice of reading through a series of programs and activities.

The decision to concentrate efforts on increasing the readership base in Brazil is a timely step in the right direction. Just last month, it was announced that the Jornada Nacional de Literatura de Passo Fundo, Brazil’s most traditional event for the formation of readers, was cancelled for the first time in its 34-year history due to a lack of sponsors. And to the hopeful foreign agents and publishers who may see Brazil as a pool of 200 million readers, it may come as a shock to know that a 2014 study concluded that only 25% of Brazilians had read a book in the last three months.

In hindsight, it seems that the boom, during which Brazilian publishers bought anything at any price, was always bound to suffer a reality check. In the end, the excitement gave way to the realization that only a small portion of titles resulted in significant profits for publishers. What’s more, when we consider that the increase in the number of Brazilian readers was negligible during this period (though some reports suggest an increase in the number of books read per reader), it becomes apparent that the situation was unsustainable at its root.

Earlier this month, in partnership with the Brazilian National Union of Book Publishers (SNEL), the CBL released its yearly report for 2014. The results erase any doubt that the publishing industry has followed in the same direction as the overall economy.

For starters, the number of new titles fell 8.5% in comparison with 2013. The average print run, however, rose 9.3%, which meant that the total number of books printed remained essentially the same.

According to the report, avoiding mistakes was the primary concern for publishers, and this translated into practically zero growth in terms of revenue (0.92%). Once the inflation rate is factored in however, the numbers reveal a 5.16% decline, a result that was heavily influenced by a 16% reduction in government purchases.

If we factor out sales made to the government, the average price of books increased 8.22% from the previous year (1.7% after inflation is factored in). It is worth noting, however, that books are still approximately 40% less expensive than they were in 2004.

These disappointing results should by no means be construed as an indication that Brazil was unable to take advantage of its brief spell in the limelight. There’s no question that the industry has matured significantly and the country now boasts a considerable amalgamation of highly professionalized authors, publishers, literary agents, distributors and bookstores.

Hopes are that this is a temporary setback that will lead to positive restructuring and new developments sooner rather than later. To this end, one of the first items on the list of priorities for publishers should be to create new distribution and sales channels in order to decrease reliance on governmental book-buying programs. Very recently, after another budget cut that lends strength to this argument, the São Paulo State Department of Education officially cancelled the scheduled purchase of fiction and non-fiction books for public schools.

As is the case in any country which sees its national currency devalued by a substantial margin in a short period of time, the purchasing power of Brazilian publishers has been dealt a sudden and significant blow. And yet, this undesirable scenario provides a unique opportunity for Brazil to address its underdeveloped potential for the sale of translation rights. After all, if buying rights today is almost 40% more expensive than it was a year ago because of the currency exchange rate, selling your rights to foreign publishers can be that much more profitable.

Add to the formula the general consensus that Brazil has a highly qualified generation of authors in all sorts of genres, from children’s books all the way to literary fiction, and you’d think the industry would jump at the chance of selling rights. Right?

But how do you promote your authors and books abroad when investment levels are reduced and translation grants are rumored to suffer significant cuts? Well, surprising good news regarding the latter issue was announced mid-June by the Brazilian National Library Foundation (FBN) when they released the public notice informing that their 2015-2017 Support Program for Translation and Publication of Brazilian Authors is available for application.

The news could be met with some skepticism, considering the fact that delays and cancelations have occurred in the past, and it should be noted that the announcement makes a point of stating, “…but interested parties should note that this public notice reserves the right to the possibility of reducing or increasing the number of meetings, in accordance with budget availability and and/or number of applications received.” When asked directly about the possibility of a reduction in the amount or number of grants, the FBN replied that they expect to maintain the numbers reached in recent years.

Despite the natural tendency to avoid risk in the current market, publishers might benefit from establishing in-house foreign rights departments – a common practice elsewhere in the world but still relatively new in Brazil. Publishing houses like Companhia das Letras and Melhoramentos have already done this to great effect. This can be too costly for most though, and given that the high exchange rates for the dollar and euro are likely to discourage participation at international book fairs and events, publishers today might be better served by turning to any one of a number of good literary agents who increasingly focus on taking Brazilian authors abroad, whereas in previous years the focus was almost exclusively on bringing foreign literature to Brazil.

To cite a few examples: literary agent Pasi Loman, whose recent article paints an accurate picture of the current domestic situation has been successful not only in bringing Scandinavian literature to Brazil but also in doing the reverse and taking Brazilian authors like Luiz Ruffato to countries such as Norway and Finland, where only a few years ago no one would have imagined seeking out Brazilian literature; Lucia Riff, owner of perhaps the biggest agency today, is working with both classic authors and exciting new writers like Adriana Lisboa, Vanessa Barbara and Ricardo Lísias. Luciana Villas-Boas, the former director of Grupo Record, today represents a number of authors who have enjoyed success abroad, including Raphael Montes, Alberto Mussa, Edney Silvestre, Francisco Azevedo and Ronaldo Wrobel; Patricia Seibel has taken authors like the children’s books writer Ilan Brenman to Europe, Asia and a number of regions that traditionally lack visibility; and countless others are now contributing to taking our literature abroad.

Interesting ideas are already surfacing to help publishers avoid the potentially high costs of producing translated excerpts of their books (usually one or two chapters plus the book summary). One innovative concept, still in its embryonic stages, involves a form of partnership between translators, authors, literary agents and publishers in which the translator waves his right to receive payment upfront in favor of earning some kind of posterior payment, whether in the form of a small percentage on the rights sold to foreign publishers or a government subsidy. The translator earns a series of benefits while the others are spared the need for any upfront payment for the translated excerpts.

Ideas such as these can prove to be powerful resources when coupled with another initiative of the FBN, the Machado de Assis Magazine, which provides an online platform for authors and publishers to expose their translated excerpts, free of charge, to be viewed by publishers from around the world. The website surprisingly registered a 15% increase in the number of visits from January 2015 (722,557) to April 2015 (830,233), and a 16.5% increase in the number of downloads made in the same months (from 44,611 to 51,966). This shows that despite the downturn, the demand for Brazilian literature is still on the rise.

While 2015 is sure to bring further challenges, the year could prove to be instrumental in preparing the Brazilian publishing industry for a prompt resurgence hinged not on the flag-waving bravado of a supposed BRIC nation, but on a reinvigorated coalition of authors, publishers, literary agents, distributors, bookstores and the like.