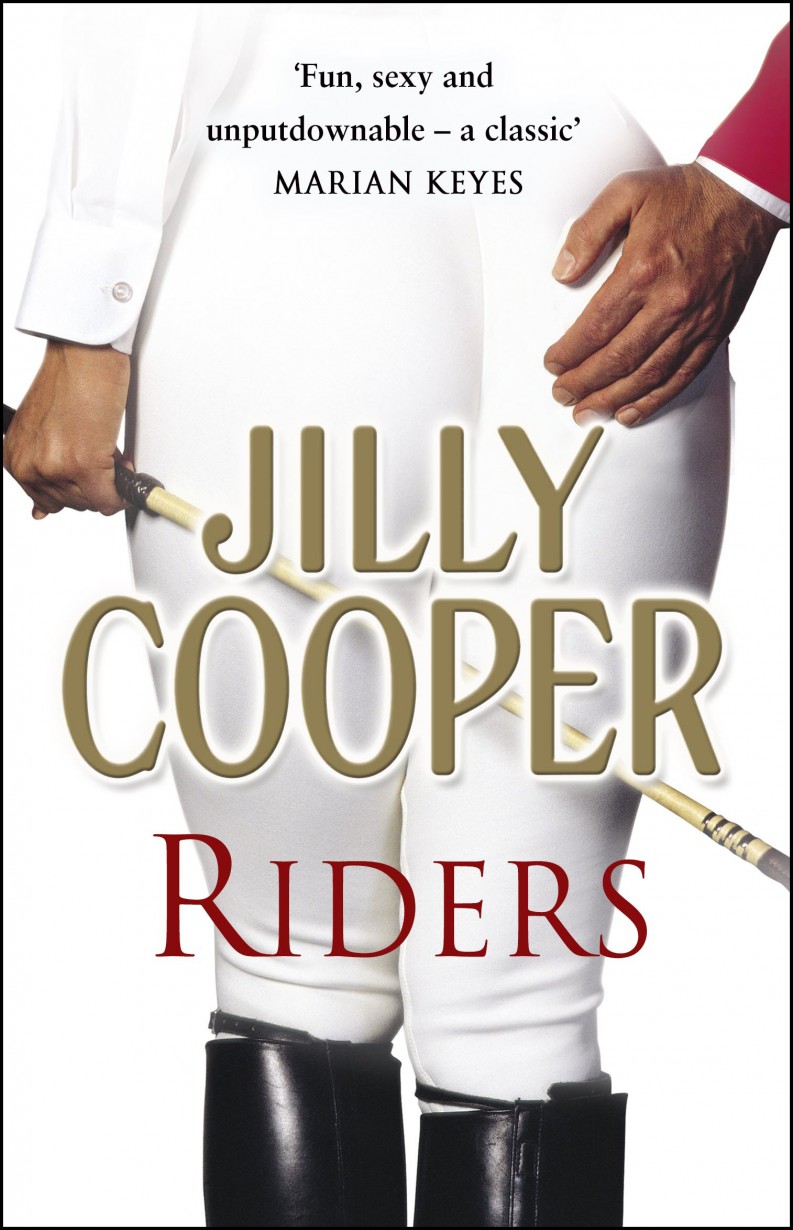 A new edition of Jilly Cooper’s sexy novel “Riders” has moved a hand, previously on the bum, to a higher position — eliciting surprisingly strong reactions. Ah, the creeping hand of time. Quite literally in this case. Transworld UK has published a thirtieth anniversary edition of Jilly Cooper’s jolly romping classic, Riders, with a new, surprisingly more chaste cover. On the new version, the man’s hand is no longer emphatically on the female jockey’s bottom – as it is on the original – but has now wandered to a much more innocent area, described by some as her lower back.

This story is intriguing in its own silly season way. Despite the arrival of Fifty Shades and the multiple orgasm of erotica that has been the story of publishing in the last few years – not to mention the gradual increase of liberalism in western society over the decades in general – here we seemingly have a return to the 1950s, to an entirely more innocent approach.

What is going on? Commentators are not happy. Novelist Victoria Hislop describes the new cover as “bland…and totally unsexy,” and feminist Germaine Greer remarked “It does sound like a sort of correctness, doesn’t it?” Booksellers aren’t happy either. Sheryl Shurville of the Chorleywood Bookshop in leafy, relatively innocent Hertfordshire (Ha! Innocent, my foot. We all know what really happens in the suburbs), said: “The lady’s bottom isn’t pert enough, the hand looks superimposed.” …and the updated cover.

Hmm. Wonder how people would have reacted if a man had said that?

So why is the hand in retreat? Does this reflect what has happened to the fox-hunting community in the UK which is also in retreat? Hunting foxes with dogs is illegal in the UK, though hunts do still ride out with a lead rider dragging a scented “trail.” No, in fact, Cooper’s novel is about the show-jumping community, so we have to rule that theory out.

More likely, it is a combination of reasons. When Cooper’s novel was first published, in 1985, there was still an element of using pretty women draped across the bonnets of cars to sell the vehicles. It was a cheesier, less sophisticated, less respectful world.

Coupled to this do we have to add something more serious. In recent years the UK has seen a tide of sexual abuse stories – by Catholic priests, by teachers at private schools, by celebrities – most notably the DJ Jimmy Savile – as well as accounts of the grooming of young girls for sexual abuse in Rotherham in the north of the country and ongoing allegations of sexual abuse of young people by politicians dating back to the Seventies and Eighties. It has gone on and on and on – at times it has seemed as if England is trapped in a World Cup of sexual abuse.

This has arguably led to a heightened sensitivity on all such matters. In the Eighties, groping might have been seen as a bit of harmless fun; today, quite rightly, there is a different view.

Transworld Publicity Director Patsy Irwin said: “We’re delighted to be reissuing Riders by Jilly Cooper 30 years after its first publication, with the aim of bringing this iconic book to a new generation of readers. We reissue books on a regular basis and always review and refresh the covers to appeal to a contemporary readership.”

Certainly, the publicity is likely to put the title back onto the bestseller lists. Let’s hope that in 2030, Transworld publishes another edition, one perhaps with the hand even higher up the back (or actually using the whip – who knows which way sensitivities will go?) and little dates and lines stitched into her jodhpurs, like flood line marks by rivers: sort of, 1985 the hand was here, in 2015 it was here, and in 2030 it’s here…