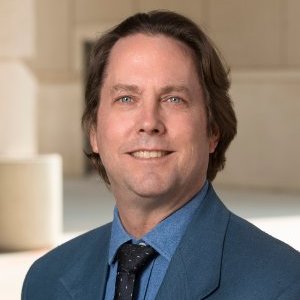 American university presses are harnessing social media for scholarly engagement and remain focused on meeting the challenge of long-term preservation. University press representatives from the US, Canada, and abroad ascended to Denver, Colorado for the Association of American University Presses (AAUP) 2015 Annual Meeting, June 18–20, on a high that probably had little to do with the marijuana dispensary across the 16th Street Mall from the host hotel Sheraton Denver. Despite the reality that many presses are necessarily accepting the mantra that “flat is the new up”—particularly for small to medium presses that the AAUP terms Tier 1, 2, and 3 — the mood in Denver was upbeat.

AAUP’s membership is a collegial and supportive group of professionals truly concerned with the creation, production, and dissemination of scholarship. The meeting’s theme “Connect, Collaborate” was not an empty platitude. The meeting’s positive mood can also be attributed to spirit of innovation embraced by many presses, the feeling that while scholarship and the academy are changing, university presses are willing and able to evolve and help drive developments, even if the precise path from here to there is still opaque.

Attendees numbered approximately 650 press professionals, perhaps not surprisingly skewed somewhat toward the higher echelons of university press organizations, as well as publishing consultants and numerous vendors. The AAUP instituted, for the first time, a formal mentorship program at the annual meeting, offering young professionals, such as Clara Totten, Digital Editor at Georgetown University Press, the opportunity to learn about publishing careers from an experienced member like Matt McAdam, Senior Acquisitions Editor at Johns Hopkins University Press. Whether or not the mentor/mentee relationship building led directly to the popular Twitter hashtag #aaup15pickuplines is hard to discern. One attendee commented to me that she was thrilled to have the opportunity to attend but disappointed to find few editorial assistants like her at the meeting.

The pace of tweeting among attendees was fast and furious. A lively session entitled “Scholarship in 140 Characters? Using Social Media in Acquisitions,” chaired by McAdam, showed as a backdrop the meeting’s live twitter feed #AAUP15 and demonstrated that panelists like Greg Britton, Johns Hopkins University Press Editorial Director, and Director of University of Georgia Press Lisa Bayer, could deftly tweet while serving as panelists. Britton discussed how authors can be found and wooed via their twitter feeds as well as how authors have chosen to publish with JHUP due, at least in part, to JHUP staff’s active use of social media. An audience member asked the not unreasonable question if, after we’ve been told for so long that sites like Facebook and Twitter are verboten at the workplace, it’s now expected to use them as part of our jobs? McAdam half-jokingly answered that if Britton walks into his office he better have Tweetdeck open or else.

University presses, like libraries, share a concern for long-term preservation of published works and digital assets. Google’s Chief Internet Evangelist Vint Cerf, famous among other things for co-designing TCP/IP protocols at ARPANET and known as one of the “Fathers of the Internet,” delivered a thought-provoking plenary session in an interview format moderated by Alphonse MacDonald, Director of Marketing and Technology at National Academies Press. Cerf discussed the importance of a “digital velum” system for the preservation of online content, but his comments couldn’t quite wiggle out of a tangled paradox: We shouldn’t (and can’t) preserve everything; we don’t know what will be useful in the future; and we don’t want digital objects and data to be preserved by accident, as has been the case throughout much of the course of history. (Even the potted plant on the plenary podium had its own twitter feed and plenty of wry comments on the proceedings, digital commentary that should indubitably be saved for future historians of scholarly publishing.)

John W. Warren is Head of Mason Publishing Group & George Mason University Press and adjunct professor in George Washington University’s master of professional studies in publishing program. He is the author of several articles about publishing, including the recent “Zen and the Art of Metadata Maintenance” in the Journal of Electronic Publishing.