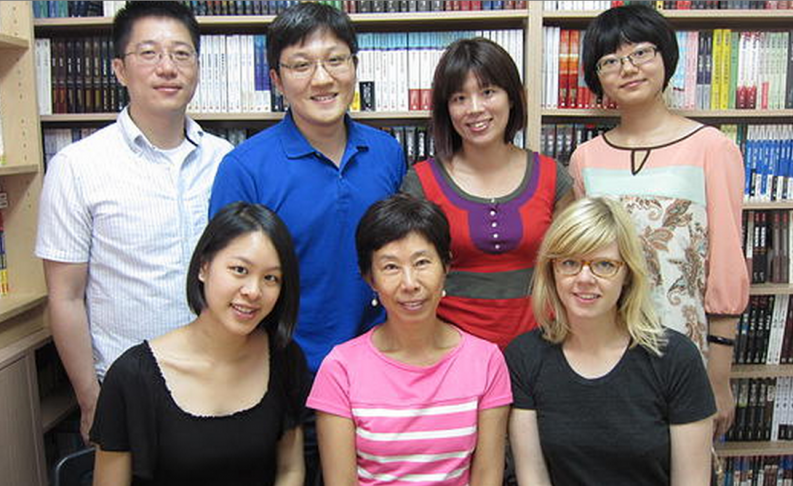 Acquiring, publishing and promoting literary translations in the USA poses many challenges and treating them respectfully requires skill and persistence.

Last Thursday at BookExpo America, several panels exploring the challenges of translations pulled together people with a keen interest in opening literary borders: writers, editors, publishing executives, and most importantly to every wheel in the cog, the translators themselves. In the “Reaching the Reader” conversation, held at the East Side stage, Allison Markin Powell, who has translated books by Hiromi Kawakami and Fuminori Nakamura from Japanese into English, made a compelling case for involving translators in the marketing process. Who better to represent a book than someone who knows it so intimately, speaks English, and can be on deck for media appearances?

Powell spoke with Juliet Grames, Assistant Publisher of Soho Press, who acquires and edits crime fiction. Roughly a third of Soho’s titles are translations. “There are archaic conversations happening about how translations are less accessible, but there is a flip side: there are a whole bunch of institutions who are interested and who will privilege them over other books,” said Grames, who recently attended an event for Czech author at Heda Margolius Kovaly to celebrate her new novel  Innocence or, Murder on Steep Street at the lovely Czech Center New York in Manhattan. “I’m lucky to work with translators who are active in their communities,” said Grames. “They’re proactive in connecting me with those language communities.”

Getting the book in the right hands can be hard, and in Grames’ experience, uplifting the translators to book jackets and giving them royalties pays off when it comes to the right people seeing the book at the right times. As with most marketing efforts, the “review culture,” as Grames calls it, is at the heart of their marketing process. “We’re a review driven press. Reviewers are great because they are parceling out what needs to be said about books, and then we can run with those verbiages.”

Later in the day, the panel “How to Make Translations Work: The Role of Agents, Scouts, and Other Facilitators” brought the focus more to the front end of the process, with a focus on China. How do you match the right writer with the right press? (Use a scout.) How do you convince Chinese authors that agents are to be trusted? (An uphill battle.) How do you convince the world that translations are as accessible and worthwhile to read and share as English native books? (Track data.) The panel, led by Eric Abrahamsen, featured Gray Tan of The Greyhawk Agency in Taipei, Mike Nardullo, a literary scout, and Chad Post, an editor at Open Letter Books from the University of Rochester, which runs the popular translation blog and data repository Three Percent.

The agent Gray Tan has been on the frontlines of trying to bridge the gap between American publishers and the elusive Chinese author. “We need more Chinese writers. Selling books from the United States to Chinese markets is very mechanized. There’s a very steady demand. Publishers know who to approach; everything is very smooth. The other way around is a completely different story! There isn’t a huge demand for Chinese books in the US market. Chinese writers don’t have agents. They don’t understand what they’re for and they make them very nervous. This can be very frustrating for agents, and confusing for publishers who don’t know who contacts are,” said Tan. Beyond the confusion and chaotic nature of matching writer to publisher, the process is an expensive proposition for agents. “We need to create a synopsis, a report, etc., all of which comes out of the agent’s pocket.”

Many writers from foreign shores benefit from the ongoing support and involvement from their government, which sponsors author trips and puts real money into generating publicity, which in turn anchors themselves in a global cultural conversation. “One way they can help is by creating lists of the Best 10 to come out their country,” said Chad Post. “The Literature Translation Institute of Korea cultural office has been helpful. The ministry curates lists and sends authors to New York, and they’ll actually pay for the translation.”

As for the daunting process of promoting the book once it’s acquired? “Promoting works in translation is like any other book,” said Post. “There is still a prejudice among bookstores that they just don’t sell as well. The reputation is that they come up in smaller presses.” Looping back to the first panel of the day, that optimism may be simplifying matters—if there’s no author on deck to promote a book, it’s going to be more expensive and more difficult. Book tours for translations are often prohibitive and language barriers aren’t going away anytime soon.

The takeaway? It is in the best interest of the publisher to honor the translator with the cache they deserve. This keeps them in the marketing game longer, which can be critical when the author is around the world, or dead. Put them on the cover, and give them their fair cut of royalties.