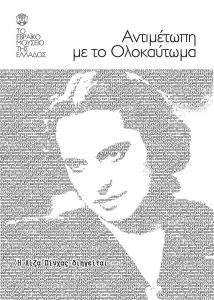 For generations, the story of the Greek Jews during the Holocaust was never told, but more recently willing publishers have tackled this important task.

If Holocaust memory made it into the Western cultural mainstream in the early 1980’s, in Greece it had to wait until the early to mid-90s in order to pass the threshold into historiography and mainstream publishing. According to Greek historian, Odette Varon-Vassard, one has to view this ten to fifteen year delay within the context of Greek post-war history and its particularities. “The memory of the Nazi occupation in Greece, the Resistance and the Greek civil-war remained virtually silent from the mid-1940s until the end of the military dictatorship (1967-1974),” she says. “It is only from 1974 onwards that a profusion of memoirs on the Resistance and the civil-war are published. The Greek civil-war entered academic discourse as late as 1995, whereas Greek collaborationism began to be researched and openly discussed only in 2000. The story of the Greek Jews was in a sense the fourth silence to be broken, as Greece had to deal with its deepest wounds first.”

Samis Graviilides, publisher at Gavriilides Publications, agrees and adds: “One has to see the story of the Greek Jews within the context and course of Greek history of which it forms an inextricable part.”

It is in the 1980s that we find the first Holocaust Greek-Jewish survivor memoirs in Greek. Berry Nahmia’s, A Cry for Tomorrow, (Kaktos, 1989) is notable among them not only for its beautiful prose but also because it was the first memoir to be published by a mainstream publisher and the first to come from outside the Thessaloniki Jewish community, in this case Kastoria. The book enjoyed several reprints and was translated into English in 2012 by Bloch Publishing in the US.

In the 1990s, Greek-Jewish survivor memoirs multiply and the first of them are prefaced, edited and annotated by Greek academic, Frangiski Abatzopoulou, whose meticulous work lends them a credibility that aides their critical and public reception significantly.

Erika Kunio-Amariglo’s memoir, titled From Thessaloniki to Auschwitz and back: Memories of a Survivor from Thessaloniki, published in 1995 by Paratiritis in Thessaloniki (and republished in 2006 by Ianos) and edited by Abatzopoulou was according to Varon-Vassard instrumental in introducing the story of the Greek Jews internationally as it was translated into German, English and French, among other languages. “(This book) helped remind Western Europeans that the Nazi persecution was not limited to Central and Eastern Europe but reached our sunny islands and shores too. The reason I am mentioning this is that very often this fact goes unmentioned or is undermined in foreign editions, conferences and museums … which is disproportionate to the breadth and importance of the persecution of the Greek Jews.” Varon-Vassard attributes this to the Sephardic heritage of Greek Jews “as in the conscience of European Jews the “Holocaust” concerns mostly Central and Eastern European countries which is of course understandable, given the grand scale of the atrocities committed there … That is why the translation of Greek-Jewish memoirs is so important.”

It is in 1990 in Thessaloniki that the Society for the Study of Greek Jewry is established. For the next ten years the Society will organize conferences and symposiums in Thessaloniki and Athens, the annals of which will be published by mainstream publishers like Gavriilides as early as 1995. Gradually but steadily the work of Primo Levi is translated into Greek by Agra Publications, and Mark Mazower’s work – which deals extensively with the story of the Greek Jews — is introduced to the Greek public by Alexandria Publications. In 1998 Frangiski Abatzopoulou publishes her magnum opus, The Persecution of the Other: The Image of the Jew in Literature: Issues of History and Fiction, (Themelio, 1998) which paves the way for further academic study in the field.

Pinhas’ “A Narrative of Evil”

The 2000s witness an explosion of interest in the Holocaust and the story of the Greek Jews. Even though fewer survivor memoirs are published from 2000 onwards as the majority of survivors are well into their eighth decade, they enjoy more widespread popularity than in previous decades. Nata Osmo Gatenio’s memoir, From Corfu to Birkenau and on to Jerusalem: The story of a woman from Corfu (Gavriilides, 2005) is unique among them as it is the only memoir to have come from the Jewish community in Corfu. Another interesting and recent example is Lisa Pinhas’ gripping account of the camps, A Narrative of Evil, (2014) which was published into Greek and English by the Jewish Museum of Greece. A French edition is forthcoming under the auspices of the Fondation pour la Mémoire de la Shoah in Paris with an introduction by Odette Varon-Vassard.

The rise of books on the Holocaust and the story of the Greek Jews in mainstream publishing in the new millennium owe a lot to Polis Editions and its publisher, Nikos Gionis. Polis’ interest in those topics began in 1998 with the publication of the collective volume, Jewish History and Memory, with essays by renowned psychoanalyst, Jacques Hassoun and respected Greek academics like Rika Benveniste, among others. Subsequently a wealth of Holocaust related books are translated into Greek, such as Annete Wieviorka’s seminal work, Auschwitz, 60 ans après in 2006 and Saul Friendlander’s magnum opus, Nazi Germany and The Jews in 2013. There have also been important books in the field of Greek Holocaust studies such as Rika Benveniste’s, Those who Survived: Resistance, Deportation, Return: Thessaloniki Jews in the 1940s, published in 2014, and books by a new generation of Greek historians like Anna Maria Droumbouki whose Monuments of Oblivion, (2014) deals with, among other things, the relations between Greek Christians and Greek Jews in the 1940s and Holocaust Monuments in Greece.

Other notable books in the field of Greek Holocaust studies published by respected mainstream publishers in the new millennium are Giorgos Margaritis’, Unwanted Compatriots: Elements on the Destruction of the Minorities of Greece (Vivliorama, 2005) which deals with Greek anti-Semitism, Odette Varon-Vassard’s, The Emergence of a Difficult Memory: Essays on the Jewish Genocide (Hestia, 2013, 2nd ed.), Rena Molho’s, The Jews of Thessaloniki: 1856-1917, (Themelio, 2001 – Patakis 2014), and two books by Karina Lampsa and Yakov Schiby: Life Once Again: The Flight of the Greek Jews to Palestine, 1945-1948 (Alexandria Publications, 2010) and The Rescue: The world’s silence, the resistance in the ghettos and the camps, the Greek Jews during the Occupation years (Kapon Editions, 2012).

Last but not least, Odette Varon-Vassard’s book on the history and memory of the Shoah in Greece, recently commissioned by Hestia Publishers, is forthcoming.

Eva Karaitidi, publisher at Hestia, where the works of Aharon Appelfeld, Günther Anders and Pierre – André Taguieff, among others are published, says of her interest in the (Greek) Holocaust: “I have a personal obsession with the story of the Jews in the Third Reich. I have read passionately on the subject, and have seen countless films from the 80s until today. This terrible historical moment of the 20th century forms part of the significant and weighty presence of Judaism in the western Christian world, for those of us raised in this context. It is also connected to my admiration for the dynamic face of contemporary Israel. But it is mainly the uprooting and nightmare of the millions of Jews in WWII that feeds my thought.”