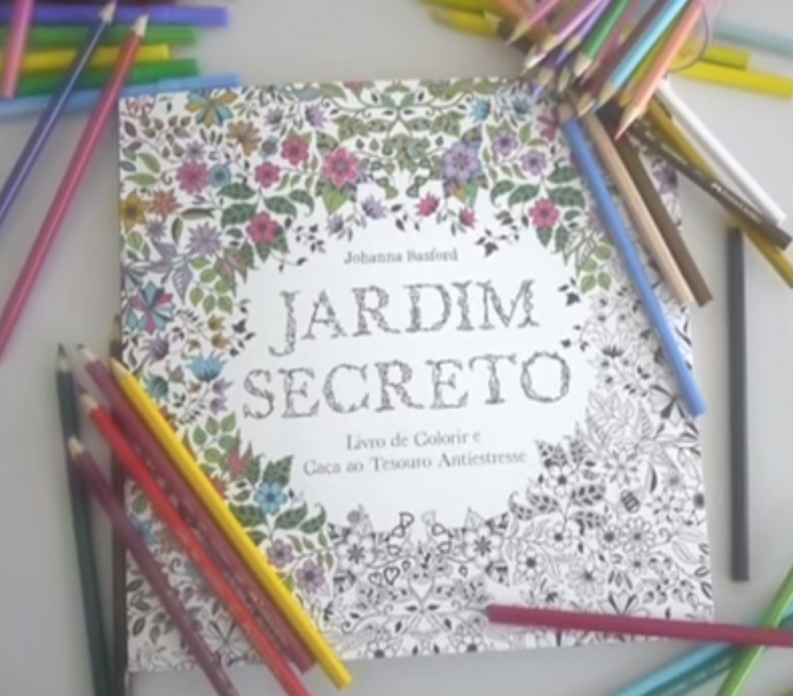 In Brazil this past April and May, 17.34% of all books sold were coloring books — a genre which has dominated the bestseller lists for months.

The coloring book phenomenon that has gripped the US, UK and elsewhere around the globe hit Brazil in April — and literally took over the market.

That said, it was a little slow in coming. Back in November 2014, when Editora Sextante, one of the largest and most successful trade publishers in Brazil, launched Secret Garden by Johanna Basford. At first, there was little reaction, but the book started gaining traction and inspired not only Sextante to launch a second title by the Scottish illustrator – Enchanted Forest – but also others to publish what can only be called an avalanche of coloring books. The “genre” then finally peaked in April this year, when Brazilian bookstores started selling the coloring books as quickly as caipirinha vendors do business on a sunny day on Copacabana Beach. Sextante’s Basford titles were the top bestsellers in Brazil during the month of April, according to PublishNews bestseller list, which compiles data from twelve bookstores chains in the country. Alone, the sales of both titles added up to 232,000 copies in April, according to PublishNews, while the other 18 titles on the list added up to 240,000 – and they included Philia, the new book by Padre Marcelo Rossi, whose previous bestseller, Ágape, sold over 10 million copies in Brazil (and was among the country’s most popular books of all time).

Together, the three titles brought a much needed injection of revenue to the market. According to Nielsen Bookscan, sales were up 1.65% in the first quarter of 2015, but this can only be seen as nominal growth as the official inflation rate was pegged at 6.41% last year, the market size actually decreased when compared to 2014.

Not surprisingly, Faber-Castell, the multinational stationary manufacturer, reported that sales of coloring pencil sales in April were five times higher in volume than 2014.

Last month, nothing less than nine coloring books were among the top 20 overall bestsellers in Brazil according to PublishNews. A quick look at the monthly non-fiction list is even more revealing: the eight first positions were taken by the wordless titles and another three books meant coloring books accounted for 11 out of the top 20 non-fiction bestsellers. Johanna Basford’s titles were again the on top of the bestseller lists. Sextante has reported sales of 800,000 copies for Secret Garden since its launch and 570,000 copies of Enchanted Forest since it hit the bookshelves this past April.

When releasing the Bookscan figures for the period from April 20th to May 17th, Nielsen offered a special analysis of the 54 coloring books that rank among the top 5,000 titles in sales. The results are stupefying. Nothing less than 17.34% of all books sold in the period were coloring books. And they were responsible for 14.21% of the booksellers’ revenues. In the previous 4-week period, the same titles were 7.18% of all books sold and 5.44% of bookstore sales.

Thanks to coloring books, the period racked up sales of 116 million reais — growth of 21% over 2014 sales in the same period, according to Nielsen. In terms of volume, sales were up 26.9% and reached 3.5 million copies.

For the accumulated first 5 periods of 2015, from December 29th to May 17th, the market reached 634 million reais and grew 6.23% when nominally compared to 2014. This is pretty close to last year’s inflation and indicates a full recover from the revenue decrease identified by Nielsen during the first quarter of this year. In volume, there was a growth of 8.83% during those 20 weeks and 16.16 million units were sold. Nielsen estimates it covers 63% of the retail market in Brazil.

Ismael Borges, Nielsen’s coordinator for the Brazilian book market, said in early May, prior to releasing the figures, “I believe ‘coloring book fever’ is a positive trend and will continue in May, after all they seem to sell a lot and to cannibalize little, what can generate good incremental sales.”

Sextante is happy to continue feeding the trend. The Rio de Janeiro-based publisher has just launched its third coloring book– Animal Kingdom by Millie Marotta – giving it a print run of half a million copies, the second largest print run in the publishers’ history. There is a lot of coloring to do and Faber Castell executives are probably smiling behind their desks as much as publishers and booksellers.