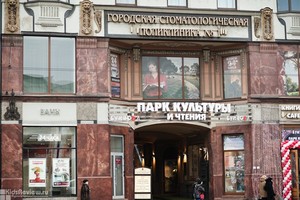 With the number of bookstores in Russia in free fall as a result of rising rents, the Russian government is extending subsidies to support retailers.

Russian bookstores continue to close at an alarming rate: According to Denis Kotov, CEO of Bukvoed, one of Russia’s leading book chains, in 1990 Russia had 8,500 bookstores, today there are just 1,500. The problem is most acute in small towns and rural areas, where the number of bookstores in recent months has significantly declined as the price of real estate and rent have consistently increased over time. The exterior of Bukvoed bookstore.

In response, the Russian government and Parliament (State Duma) has officially announced its plans to provide support to national book retailers who are struggling to compete with other retail chains.

Part of the plan is to introduce amendments to the existing federal law “On Protection of Competition,” which will offer rent subsidies for bookstores in more than 80,000 locations owned by state and municipal cultural organizations — a pattern established during the time of the USSR, when bookstores paid no rent and had discounted utilities.

The proposal was praised by Sergei Stepashin, President of the Russian Book Union (RCU), who added that the government should go even further and exempt the book business from taxes and the sale of books from VAT.