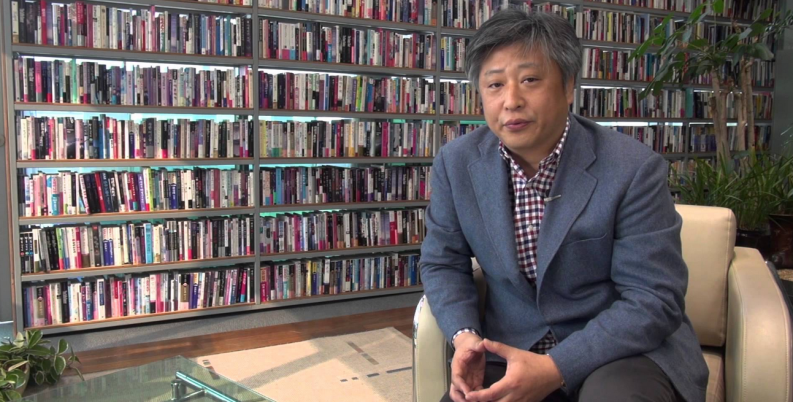 Eric Yang, CEO of RHK, says publishers in the West want to work more with Asia but don’t know how.

As CEO of RHK (formerly Random House Korea), founder of the Seoul-based juggernaut Eric Yang Literary Agency, former Chairman of Random House Asia, and former President of the Asia Pacific Publishers Association, Eric Yang is uniquely positioned to reflect on the state of publishing in Korea and throughout Asia.

I sat down with Eric Yang on the occasion of the 2015 World Book Capital events in Incheon Metropolitan City and the annual general meeting of the Asia Pacific Publishers Association (APPA), at which Yang’s tenure as President expired. (The new APPA is Thai publisher, bookseller, and writer Prabda Yoon.) One of Eric Yang’s most interesting moves as APPA President was to register the organization as a Korean nonprofit based in Incheon Metropolitan City. “When I was elected,” he recounted, “I found out these types of organizations needed reform. The APPA used to be a sort of social club, a gathering of East Asian publishers.” Yang set about turning the APPA into an organization with clear objectives, based on his understanding of the Asian publishing market. “From the Western publishers’ perspective, the Asian markets are growing. And they are eager to get into it, with good books, good authors, and good ideas,” he said. “But they don’t know much about these markets. The APPA could be the local guide for Western publishing houses. And, in turn, Asian publishers could share information and ideas with Western publishers.”

To the end of making the APPA a more active body, Yang organized an education forum and book fair in Incheon. The inaugural Incheon International Children’s Education Forum was held in December 2014, with the APPA as one of the organizing bodies. Yang added that he hoped Yoon, the new APPA President, would spearhead a new APPA literary prize for Asian authors, particularly to support translation costs.

In his continuing role as CEO of RHK, Yang reflected on the evolving intersection of rights and licensing and foreign and local authors. “At RHK, we acquire more than other Korean publishers; approximately 45% of our titles come from outside of the country,” he said. But he hopes that the APPA, using initiatives such as literary prizes or even a potential publishing house, might increase the opportunities for local authors to be licensed and acquired in both regional markets and in the West.

He admitted that while book sales in Korea have been in decline and, he estimates,  Korean publishing market has shrunk between eight and ten percent over the past two years, RHK has been able to counter with growth in ebooks. “Thanks to our e-publishing revenue, RHK’s revenue has been flat overall.”

The ebook market is not uniform, and perhaps much of RHK’s success can be attributed to careful balancing of genre format. “Very commercial women’s fiction doesn’t sell in print format, but sells very well in ebook format,” Yang explained. “The same is true of manga comics. Science titles sell in both formats. And our new travel titles launched in ebook format have done well; one travel ebook has been downloaded more than 20,000 times.”

The formatting of ebooks has also offered RHK the chance to reinvent editorial design. “We have released ebook poetry collections, for instance, with accompanying recordings of the voice of the poet. We have also added some editorial content, including the author’s background and a short introduction to the poem. Our poetry list was small, with modest sales. But since we tried these changes, sales have gone up.”

Along with the trend toward ebooks, Yang sees art books emerging as one of the most promising areas in Asian publishing. He explained, “As people in Korea and China and Southeast Asia have more financial resources, they will be increasingly interested in having these large, coffee-table art books.” RHK is the exclusive publishing partner New York’s Museum of Modern Art, translating and publishing select titles on Klee, Gauguin, and Toulouse-Lautrec, as well as limited editions and children’s books. Yang feels optimistic that the targeted focus on specific genres will help publishing in Asia combat declining sales in print books.