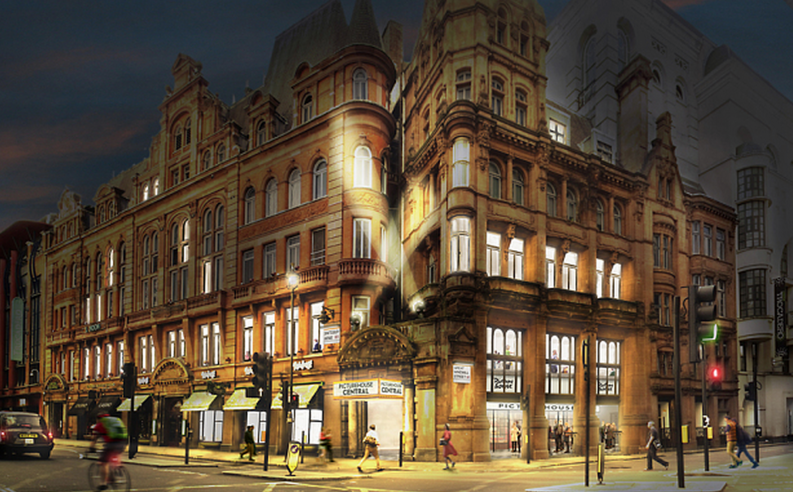 London’s Pushkin Press has become one of the founding partners of Picturehouse Central cinema and will have a pop-up shop in the theater to sell books. Independent publisher Pushkin Press, known for publishing some of the twentieth century’s most widely acclaimed authors (Stefan Zweig, Paul Morand and Yashui Inoue to name a few) as well as award-winning contemporary writers (including Edith Pearlman and Andres Neuman) has become one of the founding partners of London’s Picturehouse Central cinema, and will have a pop-up shop in the theater, selling books along with the usual cinematic treats.

The Bookseller reported that the shop will display books from the Pushkin Collection, “including titles by Stefan Zweig, many of which have been filmed multiple times and inspired Wes Anderson’s Oscar-winning “The Grand Budapest Hotel.”

Publisher and m.d. of Pushkin Press, Adam Freudenheim, told The Bookseller that, “I’m thrilled for Pushkin to be a key part of the new, flagship Picturehouse Central. So many great films have been inspired by books that it’s fitting for books to have a central place at this exciting new cinema.”

Noting that the six-week shop would be a trial period for both Pushkin and the theater, he added, “If it’s a roaring success it could go longer. It’s an experiment, and we’re both very excited about it.

Clare Binns, director of programming and acquisitions at Picturehouse, told the paper that Pushkin’s “dedication to idiosyncratic publications and their beautifully designed books” were “a natural fit with the spirit of the new cinema, which has at its heart a passion for the indie sensibility, a respect for the old but also a love of the innovative and the new in arts production.”

Museum bookstores have become a proven source of income for publishers. Can movie bookstores be far behind?