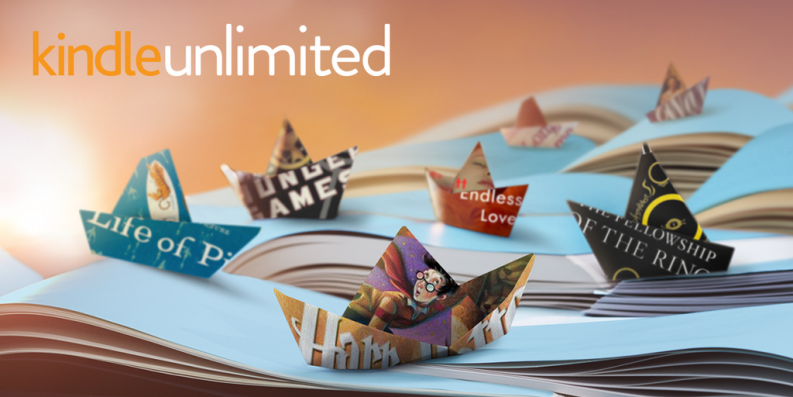 Kindle Unlimited is one of the reasons Amazon is now favoring long-form writers over short-form, writes M.P. Rey

I knew it would happen.

In a sense, we all knew it would. Didn’t we?

The golden age for short-story writers had to come to an end. Earning royalties of $1.30+ a copy for a story, however short, could not last forever. And indeed the come-back-to-reality punch hit many writers a couple of days ago when we all received a message from Amazon. Simply put, the party will end July 1st when the new Amazon Select policy kicks in. Writers that lend exclusivity to Amazon making their stories available for the Kindle Unlimited subscription program will be paid by page reads and no longer by borrowed units “to align the interests of the authors and the readers,” as the e-mail explains.

How do I feel about this?

The new policy looks like a step forward on all these counts. It doesn’t pay longer pieces of writing tout-court. It pays them more if they are read in their entirety. This is an unprecedented shift in the publishing market and will have profound implications in the style, content and focus of most ebooks.

At the very least this should kill most of the scam and junk books published daily on Amazon to game the system by taking advantage of the low (10%) reading threshold required for royalties to be paid. And that’s a really good thing. Personally this will make me want to engage more with writing longer pieces of fiction, just like many other writers will probably do. So, in a sense, mission accomplished, Amazon — less shorts from me from now on, or at least not until I know how much you’re going to pay per page and how many pages my readers actually read of my stories. (I’d better start stocking up on antidepressant before July 1st.)

However there’s much more than meets the eye.

Do I think Amazon is playing nice?

Not so much. For many reasons. Changing policy with just two-week notice is not nice, for example. Clearly they didn’t want to give competitors too much advantage. But some of us could have taken measures to limit the impact. Find a day job, if nothing else. Not disclosing the actual expected royalty per page is pretty uncool too. That would have empowered writers to make decisions, rather than gamble on their destiny and wonder if the $0.10 per page example Amazon gave in its notorious email is even close to reality. (Most people expect something in the range $0.01-0.03 instead).

In any case the big exodus has started. Rumor has it Amazon is letting people withdraw their titles from Select if they get in contact directly. I’m not a lawyer, but it sounds obvious that you can secede from a contract if one of the parts changes the terms at whim. And Select is a contract that lends exclusivity.

So, some people are opting out. Let’s face it. Amazon is not the best hub for short-story writers. The royalty scheme with a 35% share for anything priced less than $2.99 is pretty unfair to short-story writers. It is difficult to sell shorts at $2.99 or more. Lower prices would earn you a tiny cut in royalties. Other retailers pay around 60% royalties, and that’s a lot better for short-fiction writers, but at the moment their market share is limited.

At the moment, because many things may happen now that the new policy kicks in. However, it seems unlikely to me that Amazon will let big sellers of short fiction leave that easily. Readers need to perceive they are spending much more than $9.99 per month to want to subscribe to Kindle Unlimited. And considering that the amount of stuff they can read in a month is limited, the best way for Amazon is to have serialized short/midsize fiction. For this reason I expect to see fairly high royalties per page that would make top short-story writers stay in the program. (I’m an optimist.)

From my point of view, attracting short-fiction writers and keeping them was obviously the reason why Select paid, until now, royalties independent from length. Amazon needed to attract a lot of short-story writers to launch Unlimited. The boom of short-story serials was prompted by this policy. It was mutually beneficial, good for indie writers (especially short-story writers that were penalized by the 35% royalty cut) and good for the publisher to get subscriptions.

It was especially good for indie writers that were trying to break into the market and didn’t have someone (a wife, a husband, a significant other…) supporting them financially while they wrote their first or second masterpiece. Serialized short fiction is exactly what many writers did in the past to navigate the uncertain waters of the publishing world. Ever heard of Dickens, Dostoevsky, or Dumas? Now it’ll be an awful lot harder to get started as an indie or becoming a successful one.

Kindle Unlimited royalty Rates had been consistent at about $1.35 for the past few months, a sum that as of July will longer be relevant. (Source: http://www.fonerbooks.com/selfpublishing/)

An Effort to Clean Up the Storefront

However, besides cutting on the sudden outpouring of short-fiction and serialized novels and make things harder for short-fiction authors, the new policy will have much more profound effects.

An insane amount of books are now available on Amazon, but — let’s face it — most of them are unsuccessful and a large part are pure junk. Now that the store is in place thanks to the relentless publicity of tens of thousands of indie writers trying to sell their stories, Amazon is, in my view, more and more concerned in cleaning up its store of the unsuccessful books and the unsuccessful authors. It’s understandable. From a entrepreneurial point of view that’s what any bookstore would do. You don’t want your best-selling books and potential best-selling authors lay undiscovered in the back of the store. You want to bring them to the eyes of the public. You want to get rid of the unsuccessful and earn lots of money with the successful.

Amazon knows perfectly well that it is not going to make huge profits with a smorgasbord of barely read indie books. They already gave the unsuccessful a platform with free access. But the actual money is elsewhere. Publishing houses earn the majority of their income from just few titles — the bestselling ones. And Amazon is aligning. The small democratic hub for indies is now growing into a publishing giant that wants to challenge and possibly gobble up the big established publishing houses. It wants the real deal: bestselling authors under exclusivity.

Clearly no one in their right mind can think that the new change in policy is just out of kindness to the long form story writers (who, by the way, were justly upset because of the Select royalty scheme). Just like the old scheme was put in place to launch a subscription system and attract readers that spend a lot monthly ( i.e. read lots of short fiction per month), this change now reflects, in my view, a well-planned corporate strategy that aims at attracting big sellers and possibly big names into Kindle Direct Publishing and lend Amazon exclusivity.

Lots of indie authors who are relieved by the new royalty system might wake up to a not-so-rosy future. Some may have not understood that a pay-per-page systems will lure into Select power writers and the space for not-so-well-established indies will get smaller and smaller. Yup — some might be getting more for their 400-page masterpiece enrolled in Select (assuming people read it cover to cover), but the borrows will go down dramatically if more and more household names sign into the program. And that’s exactly where the program is aiming at now from my point of view: take some bestseller writers from big publishing houses and get them to publish directly into Select. Or at least force big publishing houses to subscribe their titles to Select.

A clue of this is in the very high (10 cents per page) royalty one can derive from the example used by Amazon to describe its new royalty scheme. I don’t think these numbers are too far from reality. Probably Amazon will be happy to pay close to that, maybe in the range of 5–6 cents, at least initially. Big writers would earn a fortune if payed by page reads, especially those with long backlists of massive novels. What’s in for Amazon? Exclusivity. Amazon will be eroding the market from other publishers through exclusivity. Actual sales will make up for the generosity towards Select writers that can write major page-turners. Exclusivity will cement the dominant position of Amazon in the digital market and possibly in the global publishing market.

If this happens, some will certainly gain from the pay-per-page new scheme. Most will lose.