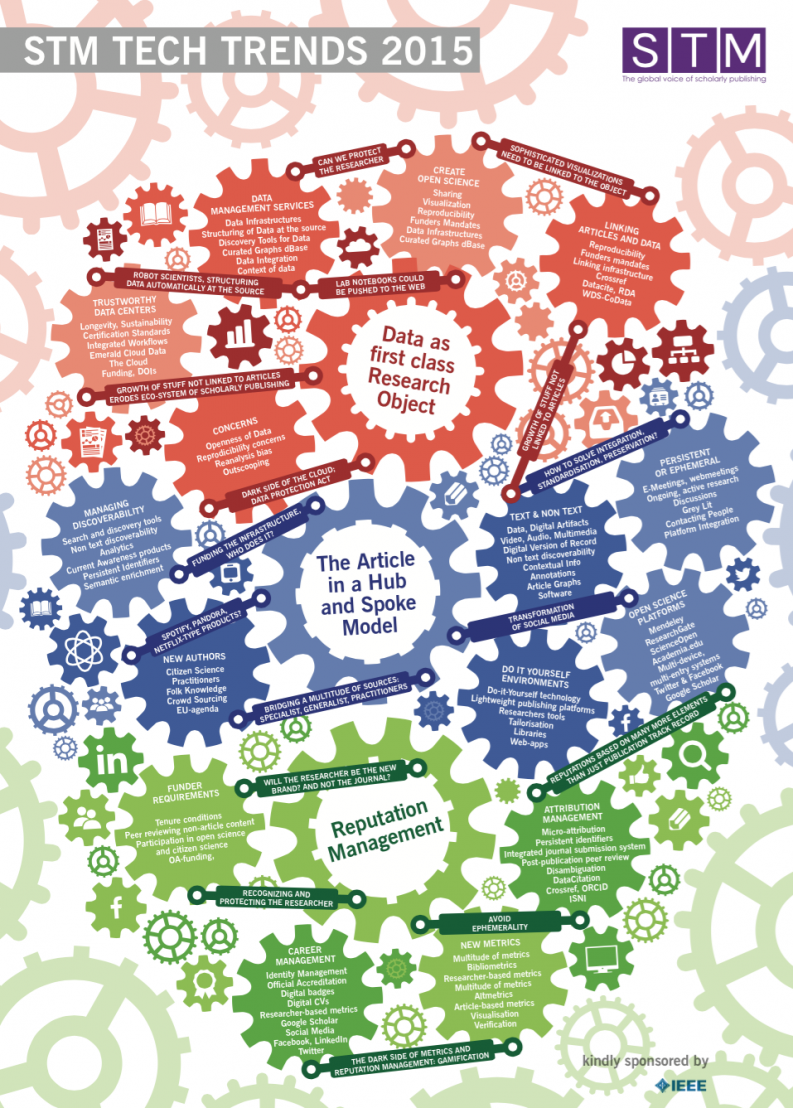 Key STM technology trends for 2015 include data as a First Class Research Object, reputation management, and scholarly articles as the jumping off point for further multimedia production.

As Jill O’Neill notes in her analysis, the infographics cover three key findings: The emergence of data as a First Class Research Object; the emerging importance of Reputation Management; and the emergence scholarly article as a crucial element in a hub and spoke model for multimedia exploration, production and consumption. The single infographic, above, summarizes the three.