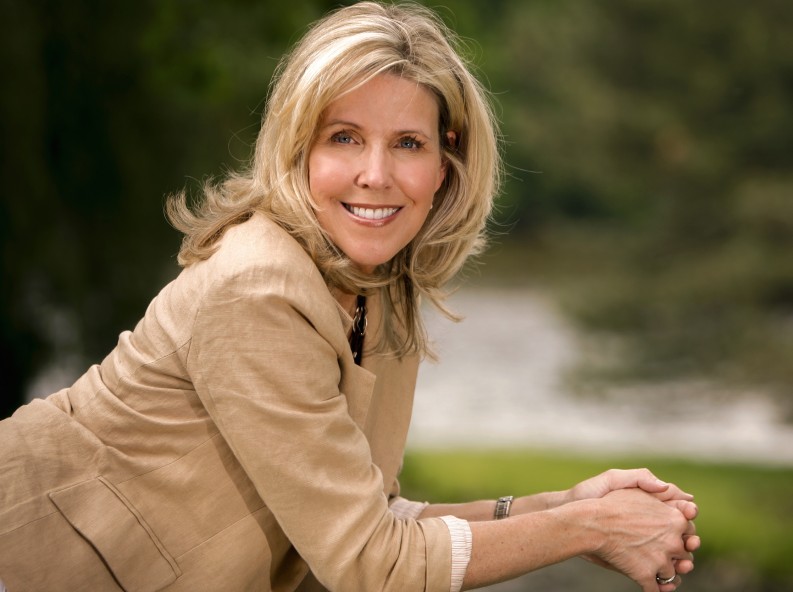 Lori Nelson Spielman, an American author, has written books that became global bestsellers — just not in the USA. How should authors measure success?

We’ve all read those beautiful but unknown books we swear should have been bestsellers, and, conversely, the highly-acclaimed duds we can’t believe actually topped the list. And, as readers, we might shrug and wonder how one book shines while another struggles, but, for an author, should one feel like failure or a success based on sales figures?

In April, my debut novel hit its fifty-second week on the bestseller list. That’s an entire year—thirteen weeks of which were spent at the number one spot. So, Americans, you might ask, why haven’t you heard of me?

Because my novel, The Life List, was only a moderate success here in the USA, my home country. Morgen kommt ein neuer Himmel, the German translation, was the bestseller. The novel was also a bestseller in France, Israel, and Taiwan. But not all of the translations worked, despite everyone’s best efforts; the Italian version didn’t hit any bestseller lists, and my UK publisher declined to pick up my second book.

The Life List has also been a bestseller in Taiwan…

In one day, I received a message saying the book hit the number one spot in one territory, followed by a second email complaining about disappointing sales in another.

So, what is it that makes the book’s reception so variable? What did the French, German, Israeli, and Taiwanese publishers do that made the book break out? When asked, I tell people, “They must have had really good translators.” And maybe there’s some truth to it. Or, perhaps the theme of the novel resonated more with certain cultures. Or maybe, it’s marketing or promotion.

We authors are told we must promote our books. And boy, did I—both online and in person. But did it make a difference? You be the judge. I’ve spoken and signed books in dozens of bookstores here in the States. I did my very first book events in Germany last week — for my second book. I clearly remember my German editor’s statement after she’d purchased the novel. “It was my must-have book.” And she treated it as such. During the launch, huge displays adorned the major bookstores in Germany. Did this energy and in-house enthusiasm make the difference?

I wish I knew. What I wouldn’t give to uncover the elusive formula for selling books. Take six book events and mix with a dozen book clubs. Put it on Facebook, share with a thousand Twitter followers and, voila! You’ve got a bestseller.

But the truth is, I haven’t a clue. All of this confirms for me that selling books is a bit of a crapshoot. It also confirms why we shouldn’t judge our success by the number of books we sell.

If I had only the U.S. sales figures to judge my success, I’d consider myself mediocre. If I based it on Germany’s sales, I’d have an over-inflated ego. And if I’d only sold the UK edition, my career would be over and I’d probably be contemplating the view from the nearest bridge.

Instead, I try to celebrate the good stuff, learn something from the bad, and not take myself—or this fickle and capricious industry—too seriously.

Lori Nelson Spielman is a former speech pathologist, guidance counselor, and homebound teacher. Her first novel, The Life List, has been published in thirty countries and optioned by Fox 2000. Her second novel, Sweet Forgiveness, came out this week in the USA. How the Book Was Promoted Abroad

Publishing Perspectives asked some of the publishers who published The Life List and found success with the novel what they did to promote the book, as well as Nelson Spielman’s new book, Sweet Forgiveness.

In Germany, Nelson Spielman’s debut novel Morgen kommt ein neuer Himmel has been on the bestseller list for over a year and got a significant rise in sales when her new book  Nur einen Horizont entfernt was released last month. S. Fischer Verlage, Nelson Spielman’s German publisher, worked with bookstores to create displays throughout the country and shot TV advertisements for each book’s release. Here is the advertisement for  Morgen kommt ein neuer Himmel and here is the advertisement for Nur einen Horizont entfernt.

In France, Lori’s second book Un doux pardon was released last month as well.  Both in Germany and in France, Lori did events in bookstores throughout France (Lille, Croissy, Paris) both for her readers  and with the media.