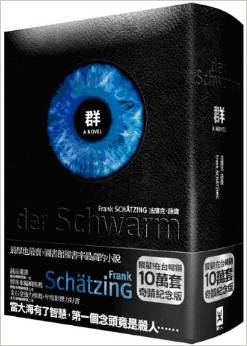 German literature has found surprising success in Taiwan, where several titles have become bestsellers and publishers are adding German-speaking editors. Writing for dw.de, Holger Hermann notes the “enormous interest in Western literature in Asia — namely, in Taiwan, where 25 percent of the nearly 40,000 new books published each year are translation. And, while “most of them are from English . . . books translated from German are on the rise.”

Hermann quotes translator Wei Tang, who sees the openness towards cultures and languages in Taiwan as “self-evident.” “We are living on a small island, that’s why we are interested in what’s happening in the whole world. There is a yearning for everything that’s foreign.”

There are several publishing houses in Taiwan that have had success with German literature – Frank Schätzing’s Der Schwarm (The Swarm) and Ferdinand von Schirach’s short story collection Verbrechen (“Crimes”) have become bestsellers.

Rex How, editor of Locus Publishing, told Hermann that, “In most countries, books written by native authors sell better than those translated from foreign languages. But in Taiwan, the reverse holds true.”

“When I started out at Business Weekly 15 years ago, we published a translation from Germany only once every two years. By now, we publish three to five such works every year. Whereas we had only two German speaking editors before, we now have four.”