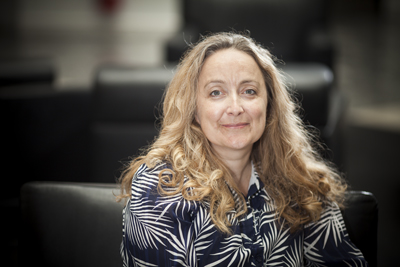 Sam MIssingham of HarperCollins prefers being called “imaginative” rather than “creative.”

A trio of UK professionals reflect on managing creatives in sales and marketing — a breed of employee who requires a degree of freedom to be effective.

LONDON: Sam Missingham, head of audience development at HarperCollins, doesn’t like being called a “creative” professional, preferring “imaginative.” According to her, “Most marketing is focused on the front list, where vast amounts of energy are concentrated in the first 6–8 weeks of a new release.”

Her job, conversely, is to revitalize the backlists, seeking ways to reach out to new audiences – such as through the UK’s first virtual romance festival in June 2014, or the virtual sci-fi festival that teamed up with the BFI. In January this year she ran the “31 Days of Inspiration” campaign, which pulled together yoga, mindfulness and professional development through an email a day.

For Missingham, “imaginative marketing techniques are able to bring these things together. I have been given a huge amount of freedom to have a go at stuff and I have been lucky that a few things have been very successful.”

Key for Missingham is to work closely with her own creative director, “who totally gets what I am trying to do, by creating a strong visual identity across all platforms, which is vitally important in digital. Creatives have the ideas and marketing people understand the impact of the creative work. We have to work in a very collaborative way.” Gordon Torr is the former global director of JWT advertising agency and author of Managing Creative People: Lessons for Leadership in the Ideas Economy (Wiley). He muses that “there is something wrong about the word ‘creative’ itself, and I am going to talk in future about invention, not creativity, which will get rid of the confusion between conceptual and craft. It is a pure conceptual skill that is craft-neutral.”

Dave Fletcher, founder and CEO of Oxford-based digital agency White October, has gone beyond most in his sector in trying to embed creativity into the culture of his company. White October is behind the headline-grabbing Foyle’s booksellers in-store mobile search tool that helps you identify a book that you are interested in and then locate it – Google Maps style – physically in the shop. By breaking up the linear relationship of client, decision-maker and team, hierarchies are removed and the client is embedded directly into the rough-and-tumble of team life.

“It’s hard to pull off,” Fletcher says, “as it’s all about multidisciplinary teams where no one person has the answer; it has to be collaborative. The team members also have to have full confidence in each other and fully understand what their task is. There is no hierarchy as well. This is more expensive to get started but in the long run it’s cheaper as everyone understands better what they are trying to achieve.”

The traditional decision-maker who isn’t part of the team, he says, doesn’t see everything that is going on, undermines creativity, and makes it easier to make mistakes. White October goes further than most as “clients are part of the team. They see warts and all and they come to decisions together. This is really unusual. “It makes you feel instinctively uncomfortable – but our instincts are wrong. When clients see something going wrong they can input into it and in the end it’s far less risky than if they are not inside the team and not seeing what’s going on so can’t make those decisions.

“Now we have been doing this for a year and clients adore the teams, as there are no secrets and they are doing some very creative, very rewarding.”

For James Allen, former PR executive and founder of London-based creativity trainers Creative Huddle, who believes that interest in creativity has now reached “zenith” after building up over many years, there is nothing wrong with the word itself, but the future is all “practical application. How can we help people understand creativity and learn how to be more creative in ways that are directly relatable to their business challenges?”

Their top tips for managing creatives?