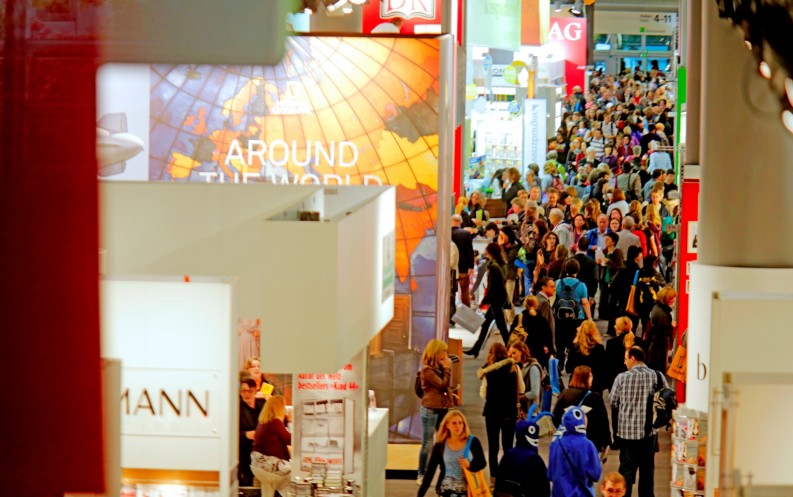 PRESS RELEASE, Frankfurt, 17 June 2015 — Juergen Boos, Director of the Frankfurt Book Fair, and Anne Tallineau, Deputy Executive Director of the Institut français and Interim Executive President, signed, in the presence of Fleur Pellerin, Minister of Culture and Communication, and of Olaf Scholz, Plenipotentiary of the Federal Republic of Germany in charge of Franco-German Cultural Relations, the agreement formalizing the invitation to France to attend the 2017 Frankfurt Book Fair as its Guest of Honor. For the second time since 1989, France will be the Guest of Honor of the largest book fair in the world.

The Ministry of Foreign Affairs and International Development and the Ministry of Culture and Communication have entrusted the Institut français with coordinating and implementing this invitation.

The Organising Committee has been placed under the responsibility of the Institut français and will be led by Paul de Sinety, who will define and manage the project in close collaboration with the Centre national du Livre, the French Embassy in Germany, and all other players involved.

This invitation highlights the desire to further and deepen Franco-German cooperation in the field of cultural policies. There is a particularly active, on-going dialogue on this topic in the book industry, following the common stances taken by both countries regarding the taxation of eBooks, the defense of copyright, and the single price for books, which they have both been defending together before European institutions.

Anne Tallineau said: “For France, Frankfurt offers a unique opportunity for our country to reaffirm how well literature can reflect the issues that are at the heart of its society today.”

According to Juergen Boos: “The future of the European media landscape depends not least upon whether we also succeed in giving the economic union a cultural identity. With its participation as the Guest of Honor at the Frankfurt Book Fair, France will demonstrate not only its intellectual strengths and wealth of ideas, but also its political clout in this matter.”