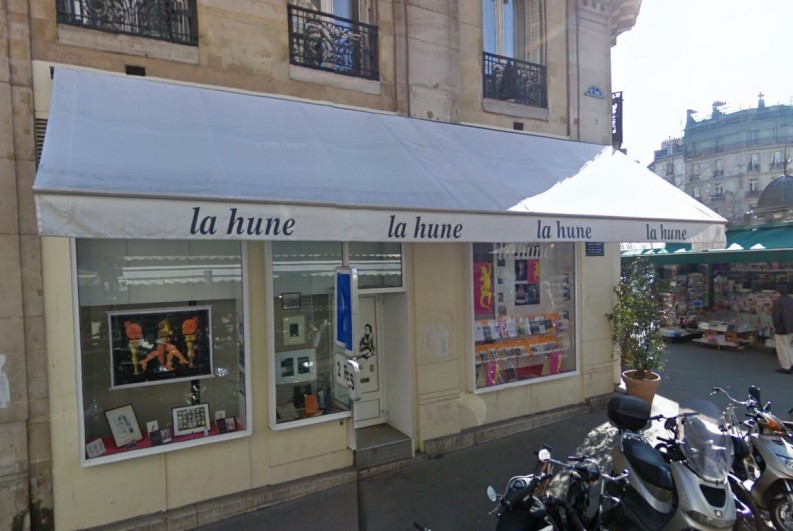 At the New Yorker, Adam Gopnik laments the closing of a bookshop in Paris, ultimately tying it to a loss of a kind of personal freedom.

At The New Yorker, Adam Gopnick eulogizes the closing of La Hune bookshop in Paris. The reasons why it closed are multiple: the owner died in 2010 and Flammarion held management of the store and moved the premises in 2011, but encountered numerous real estate issues.

It is a place “that brought the special feel and aura and even smells of French literary culture into my heart, as it had into those of many other Americans.”

The quality it offered, very different from any English or American bookstore, was of a high seriousness of purpose, uncut by gaiety, but still surprisingly well disposed towards amateur readers. La Hune demonstrated the oddly severe, puritanical nature of French publishing, with almost everything published only in paperback and, until recently, without any cover illustration or come-on, only the title and the name of the author, the familiar brand color of the maison d’édition, and, at most, a dark band around the book with a cryptic subtitle or explanatory note (“The New Duras”; “Glucksmann on Sixty-Eight,” or the like). These books seemed unyielding in their affirmation of philosophical literariness; like the great French film stars of the postwar period, they seemed to exhale their cigarettes directly in your face, so to speak, begging neither quarter nor favor.

And he sees in French book culture a tie to la seduction, something that is so central to French life:

The rows and rows of book, placed horizontally, in the French fashion, seemed to offer a landscape of unvarying, unblinking sagacity. You are here to woo us, and enter our thoughts, the books declared; we are not leaping up, waving our arms, or our author photos, hand on chin, in your face, to woo you. At La Hune, you felt both intimidated and enlightened, a nice double whammy.

He then goes on to offer a terse, if beautiful description of the serendipity of book browsing:

At a minor level, once a bookstore is gone we lose the particular opportunities for adjacency it offers, determined by something other than an algorithm. It is rarely the book you came to seek, but the book next to that book, which changes your mind and heart.

Is that not often a bit like falling in love. How frequently to you find that you are set up on a date, only to fall for the person sitting next to your intended?

But back to the bookstore…in its closing he ultimately sees a loss of freedom:

The deeper, macro answer of why a closing bookstore is a loss to freedom, is that free-market societies—at times by compensatory instinct, at times by compulsory instruction—have built, alongside the responsive market with its unending appetite for change, smaller institutions where people can exchange ideas, share spaces, be in contact, feel at home, without any particular institutional endorsement from higher authorities.

It is well worth the time you’ll take to browse, errr, read it