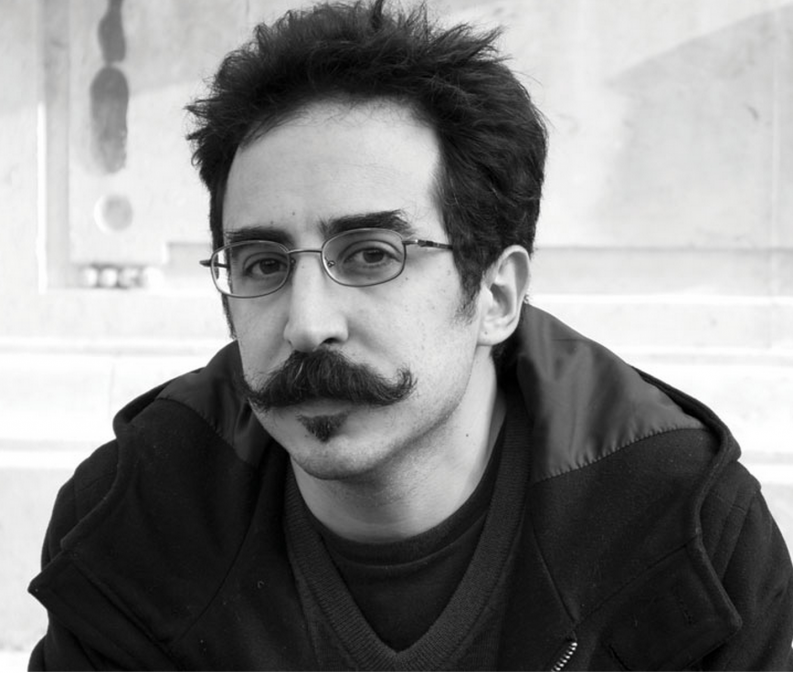 Writing for The Guardian, Fernando Sdrigotti reports that “Argentine writer Pablo Katchadjian could face jail for remixing Jorge Luis Borges’s story ‘The Aleph’ — but his is a thoroughly Borgesian experiment.”

If 20th-century literary great Jorge Luis Borges is known for anything, it’s for literary playfulness. And so in 2009, Katchadjian decided to match the master at his own game, by doing a “remix” of one of Borge’s most famous stories, “The Aleph,” by “keeping the text, but adding a considerable amount of his own writing.”

What he ended up with was El Aleph Engordado (The Fattened Aleph), a short experimental book which was published by a small underground press with a 300-copy print run. The result? A lawsuit “initiated in 2011 by Maria Kodama, Borges’s widow and fervent guardian of his literary estate.”

And Katchadjian has now been “formally charged” with the “un-literary sounding crime of ‘intellectual fraud,’” and is facing the possibility of six years in prison.

This does seem somewhat excessive for the “crime” of adding 5,600 words to Borges’s original 4,000-word story. As Katchadjian notes, “This was not a bank robbery or a plagiarized thesis but a literary experiment by an author renowned for his performative approach to literature.”

Is the issue literary integrity or one simply of financial value? And while The Guardian argues that it is unlikely that Katchadjian will actually do time, “the implications of taking writers to court over creative acts are chilling.”

“That in 2015, when everything is reproduced and available to anyone clever enough to perform a web search, someone can risk prison for a literary game brings into view the clear incongruities between contemporary culture and copyright laws. It takes only a Google search to dig out Borges’s complete works – even the now infamous The Aleph, in many languages – without charge, and not always illegally. The internet, which Borges did not live to see but certainly imagined, has introduced questions over intellectual property that most guardians of privately owned culture still refuse to acknowledge.

“Has Katchadjian’s stunt harmed Borges in any way? Will people stop reading Borges…? It seems unlikely. Do canonized writers need jailers to protect their work? That most big players manage to keep their place in the bookshelves long after their executors are dead would seem to indicate that they do not.

What would Borges have thought?