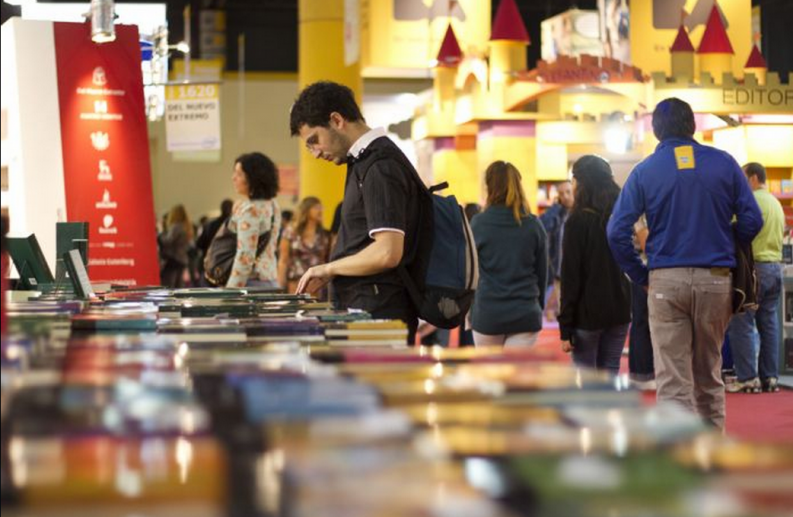 Argentina’s government has bought some 90 million books, but with a future general election and economic stagflation, local publishers remain uncertain of the future.

Covering a full three weeks, The Buenos Aires Book Fair is one of the longest book events in the world and when this year’s 41st edition ended, the future was no more certain than when it began.

This year, 2015, will be a decisive one in the country’s political life, which may have a significant impact on the book business. It will represent the end of an era known as Kirchnerismo. Since 2003, the Kirchner family has led the government Argentina, first in the personage of Néstor Kirchner, who died in 2010, and then by his widow and current President, Cristina Fernández de Kirchner.

With general elections in October, the publishing sector nevertheless hopes the government sales won’t stop. During the opening speech of the Book Fair, at the end of April, the Education Minister, Alberto Sileoni, highlighted what his office did in favor of the publishing industry: “We created 1,800 new schools, bought 90 million books for these schools.” During the opening of this year’s fair, Martín Gremmelspache, president of El-Libro Foundation, which organizes the event, highlighted the importance of government sales that, in his words, “create bibliodiversity and allow the strengthening of the publishing and graphic arts industries.” However, he also mentioned some of the difficulties that the book-publishing sector faces today, including a “fall in profitability due to the stagnation in sales.” To this end, he cited the inclusion of the sector in Ahora 12, a Federal program that creates incentives to promote consumption and production. “This could a great help, and could solve the problem of book industry profitability.”

According to Promage — a consulting firm that tracks data from the Argentinian publishing market — the federal government is responsible for buying around 25% of all the books sold in the country. Fernando Zambra, CEO of Promage, says that the total income in 2014 for the overall book business around 5.4 billion Argentine pesos (US$666 million), representing a 35% increase over last year.

But it is increasingly difficult to determine whether this is the result of increased sales, or simply due to inflation.“Book prices rose as much as 35%. It was a terrible year in terms of inflation in the country,” says Zambra. According to official data, inflation is no higher than 8% annually, but independent consulting firms peg it as much as 40% — making tracking statistics a muddle.

Units sold, says Zambra, may offer a more accurate picture. “General trade books grew a little in terms of books sold — an increase of some 3%. But textbooks, for instance, fell some 6%,” despite increased purchases by the government which interceded to help support the textbook business.

According to Promage, in 2014, 28,000 new ISBNs were registered in the country 12,000 of them by the 235 most active commercial publishers. To be part of Promage’s data, the publishers have to release at least five ISBNs last year. The remaining 16,000 titles were published by NGOs, other non-commercial institutions.