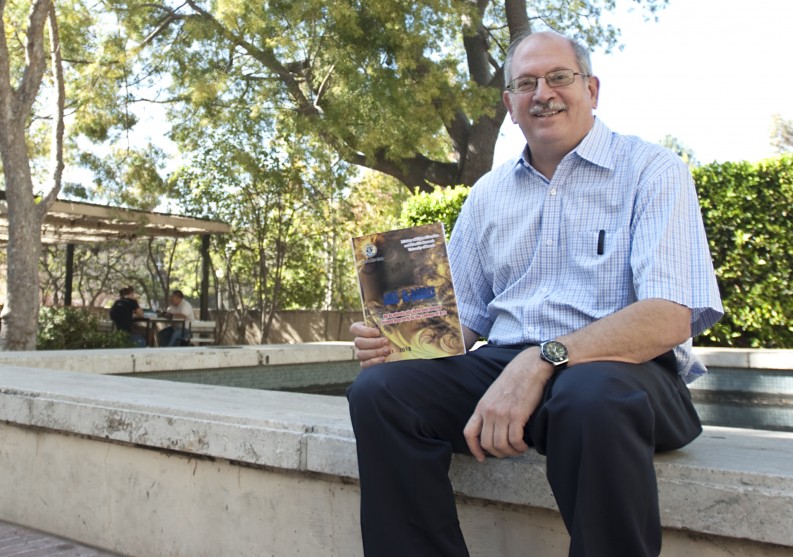 David Hirsch, UCLA’s librarian for Middle Eastern and Central Asian Studies, is on a mission to collect the best printed material from the Arab world.

You might run into David Hirsch, UCLA librarian for Middle Eastern and Central Asian Studies, in Basra or Dakar, dropping in on NGOs or visiting a Mouride Sufi order to see if they have any publications. Indefatigable, David Hirsch roams the Middle East and Central Asia virtually and as often as possible in person, searching for printed matter to develop the library’s collection, which is one of the largest in the USA. Their department of special collections houses over 10,000 manuscripts in Arabic, Armenian, Hebrew, Ottoman Turkish and Persian.

The UCLA library is a research center that caters to its academics and students but it is also a public library. “It’s our responsibility to provide a wide range of views; I can then give people advice on whether something is left- or right-wing or Islamic or secular,” said Hirsch. Hirsch, who participated in the Abu Dhabi International Book Fair this week, spent six months in the UAE in 1998 teaching cataloguing and collection development to librarians at the United Arab Emirates University in Al Ain. He also was an adviser to the Abu Dhabi national library and helped with plans to open other branches.

After 26 years at UCLA, Hirsch remains a passionate collector, fueled by what he describes as a friendly, competitive quest to get his hands on elements that other libraries might not have. Ivy League libraries may have better funding than UCLA, but Hirsch has experience on his side, in addition to speaking and reading Arabic, Persian, Turkish, Armenian, Indonesian, and Swahili.

“It takes time,” he said, “You can’t just open a funnel, you can’t just click on Amazon. It’s not quick and dirty.”

Using ice cream in the metaphorical sense, he compares colleagues who are librarians in English-language literature as being vanilla-flavored, while area studies librarians are Rocky Road.

“We cover every subject. If you take Egypt as an example, we collect political books, folklore, cookbooks, or public health brochures. I even get stuff on modern art,” said Hirsch, underlining that this variety of printed material is part of the sociology of a country.

Hirsch operates with the help of suppliers in various greater Middle Eastern countries including Central Asia, who function like literary scouts, looking for material in subject areas that Hirsch is interested in. In Iraq Hirsch uses the legendary Baghdad bookseller, Al Muthanna, dealing with a third-generation book dealer; in Beirut he uses the 46-year-old Sulaiman’s bookshop as a source. In Central Asia he has vendors in Uzbekistan, Kazakhstan and Armenia, and he relies on a UCLA faculty member who often travels to Turkmenistan to bring him back printed matter.

But not all material is available from suppliers, and Hirsch likes to travel as much as possible to chase down non-commercial publications that his suppliers can’t find. When he was invited to give a workshop by a university in Basra in 2012 he asked his host institution for recommendations, and then went off to visit NGOs and associations. In 2008 Hirsch traveled to Algiers on a grant from the American Institute for Maghrib Studies. It was a treasure trove for him: he met with comic book authors, he visited the center for archeology, political parties, women’s organizations, aids treatments centers and ended up with 300 kilos of material.

“The National Library was so kind because I had given lectures there and they helped me ship everything back.”

One of his favorite areas of research is to find publications by émigrés including writing published by smaller diaspora publishers, which show yet another perspective. Armed with a small grant, Hirsch once went off to Australia to collect literature and periodicals about the Lebanese, Syrian and Armenian experience down under. “I found a publication on the problems of the Lebanese youth in Australia called Kebab and Crime.”

Even on holiday, Hirsch is on the lookout. “If I see a bookstore it’s like a magnet, it draws me in. I was in Thailand and discovered an Arabic language magazine there.”

Hirsch is currently interested in collecting printed matter on the Gulf countries. “I want people to understand more about the area because libraries have traditionally focused on the Levant and Egypt and it’s a challenge to get more material on the Gulf, and to a lesser extent on the Maghreb. I would also love to get a representative in Yemen, I’ve tried, but now, of course, it’s completely impossible.”

His collection has also expanded to the documentation and collection of what he calls ephemera — posters, leaflets, or newsletters.

“We have a project where we’re collecting videos from the Green movement from Iran, we also collect things relating to the Gazi protests in Istanbul. Ephemera was frowned upon before, but now it has become precious. There’s more and more focus on unique materials, things that really give added value.”