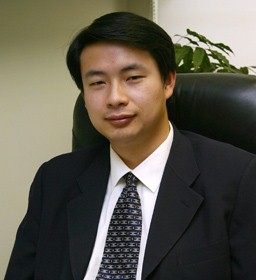 Tong Zhilei of ChineseAll.com discusses ebooks, UGC, and the evolution of digital publishing in China, growing at 40% per year, and valued at $40 billion. Digital publishing in China represents one of the world’s most dynamic sectors, and any innovation produced within this segment of Chinese industry is likely to have a global impact. However, the new generation of Chinese entrepreneurs prominent in this field tends to be almost unknown in the West. On this occasion, we spoke to Tong Zhilei, the founder and director of ChineseAll, one of the leading digital publishing companies in China.

Publishing Perspectives: Mr. Tong Zhilei, please tell us a bit about your background and about ChineseAll.

Tong Zhilei: ChineseAll is one of the largest digital e-publishing companies in China now. We have collaborated with around 300 publishers, more than 2,000 famous authors and 300,000 cyber-writers in the country. I graduated from Tsinghua University, one of the most famous universities in China. And while I was a student I founded my company. So ChineseAll has about 15 years of history. It’s based in Beijing.

Who do you see as the main players in the ebook industry in China apart from ChineseAll?

[First,] there are more than 500 paper publishers in China, and most of them provide an ebook service — and in general a digital publishing service. And second is what we call digital publishing technology providers, such as ChineseAll and Apabi from Founder. They provide technology to the different publishing companies. Third, we have digital content creation websites. They produce user generated content (UGC) — that is to say new ebook content — and don’t deliver any paper editions. These include Hongxiu and Qidian, which have more than one million online writers. And fourth, which I think is a very important link in the market, is ebook distribution platforms or channels, such as Baidu, Tencent, Taobao, and other very important distribution platforms such as China Mobile, which owns probably the largest online mobile reading platform, called China Mobile Read. So: publishers, technology providers, UGC websites, and distribution channels/platforms. I think these are the most important players within the market.

Would you place ChineseAll exclusively in the second category?

At ChineseAll, we consider ourselves first as a technology and service provider. But we also have a UGC website, 17K.com.

ChineseAll has launched its “cloud reader” earlier this year. Can you explain a bit more about what that is?

To be able to provide our service to our readers, we also have our platform that can be accessed directly – its Chinese name is Shuxiang China, which means “book channel.” With this platform we cover more than 45,000 primary schools, and 1,000 universities and libraries. We provide a digital library and an online reading service to the students and the teachers.

Could you share some figures about digital publishing in China?

Every year, this market is growing really fast — more than 40% annual growth. And next year the total market will be worth more than ¥250 billion (US$40.5 billion).

I guess this figure corresponds to digital publishing in general, not just to ebooks?

And what is the attitude of publishers regarding the digital age? Do you think they feel optimistic or pessimistic? Is there any resistance?

I think most of the publishers in China are positive about the future. First, because in China publishing has strong support from the government. So they can get a lot of special content and assistance. And second, most of the bigger publishers have a lot of money and want to expand their business to the new information industries. They have a lot of new choices, and they believe that in five to ten years they will be safe.

How many people work in ChineseAll?

Do you work with other companies outside China?

I also want to provide our technology and services to publishing companies from overseas. Now we have some cooperation with foreign companies, but only a little. So I hope more and more foreign publishers can cooperate with ChineseAll.

Do you see any potential for foreign content in China?

Yes, I think there will be strong demand. For example – maybe you know this – a lot of famous foreign films are very popular in China. Chinese people like foreign content more and more.

This article about digital publishing in China appears courtesy of Alliance Lab, on whose website it originally appeared.

Octavio Kulesz holds a degree in Philosophy from the University of Buenos Aires. He has worked in the publishing world since the year 2000, when he created the publishing house Libros del Zorzal, together with his brother Leopoldo. In 2007 he founded the publishing company Teseo, geared to the publication of academic texts in print on demand and e-book format. He is the author of the report “Digital Publishing in Developing Countries” (2011), commissioned by the Prince Claus Fund and the International Alliance of Independent Publishers.