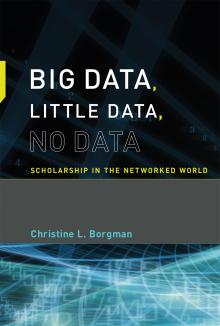 According to discussions at the Int’l Assoc. of STM Publishers conference, OA and data-driven articles need more scrutiny, even as scholars open up online. Setting an inspiring tone for the conference, Jeff Beale, scholarly communications librarian at University of Colorado, Denver, lambasted Open Access in his keynote address on the first day.

“Most of the information about Open Access comes from Open Access advocates and furthers their aims and goals, and it is misleading, he said. The Open Access movement has spawned a host of predatory publishers who are causing a breakdown in the research culture globally. “It is giving rise to counterfeit, junk science promoting non-approved products,” he maintained.

Beale likened Gold Open Access, where the author pays, to graffiti. He chastised “unfair government legislation” that essentially “eliminates freedom of the press by favoring one business model over another.”

He urged academic publishers to persevere in their resistance to Open Access mandates, suggesting that they stick with Green Open Access or maybe a single Open Access journal to silence advocates.

Beale also reprimanded librarians for being Open Access supporters, and turning a blind eye to predatory publishers because it is not politically correct.

Beale maintains a blog which lists predatory publishers, hijacked journals and misleading metrics companies. There are over 700 publishers on his list. He particularly called attention to hijacked journals which target real journals with impact factors. “They even copy the addresses and telephone numbers of the journals. Most of their authors think that they have published in an impact factor journal.”

Pushing Back Against Data The keynote speaker on the second day, Christine L. Borgman, presidential chair in information studies at UCLA and author of “Big Data, Little Data, No Data,” defined data as representations of observations, objects or other entities used as evidence of phenomena for the purposes of research or scholarship.

“Publications are arguments made by authors, and data are evidence used to support the arguments. You can use data to support different arguments. This is where the publication-data relationship breaks down, by assuming that one set of data produces one paper,” she pointed out.

According to Borgman, data is not easily definable because they are compound objects and ownership is rarely clear. Authorship is also a problem; attribution might make more sense. “The concept of authorship needs definition,” she said. She also observed that most open data is not very useful and not very marked-up.

“I have been pushing back at the metaphor of publishing data. Are we going to curate, preserve and steward data? Data are not peer-reviewed usually,” she remarked. “There is the assumption that communities will put data in repositories, but this assumes that researchers are going to share data. That is the most problematic assumption of all. The labor to document data is not economically rewardable. It is not in scientists’ interests to release to an unknown other, and there is a lack of incentives to reuse data.”

Borgman urged the publishing industry to focus on the important skills of data curation and stewardship. She also warned that data repositories are funded on three to five year grants and are frequently at risk of going dark for lack of investment.

Social Media Matters in STM, Too Cassidy R. Sugimoto, assistant professor at Indiana University, focused the third day’s keynote on altmetrics, social media and researcher behavior in light of these trends. She suggested that people no longer want to remain anonymous and are building their reputations through social media. But she voiced a fear that time spent on creating digital reputations might detract from time spent on academic research.

Sugimoto suggested that there is a need to capture the heterogeneity of researcher behavior that expands beyond pure publication. This will lead to better metrics that can improve scholarship. She pointed to mentoring as one of the uncaptured metrics.

“The altmetrics movement has failed to do what it promised to do,” she stated. “Altmetrics needs a far greater protocol and greater validity. Altmetrics have been around for five years, but still only looks at the impact of publications. Nothing has been made visible that wasn’t before.”

She suggested eliminating the term “alt” and focusing on the validity of metrics; refining how they are captured and evaluated, which might require human intervention.

“Maybe tweets are not important. May they just have to do with humor value and not scientific exchange. We have to think about what’s being tweeted and also who is tweeting. Sometimes it’s organizations. Sometimes it’s bots,” she observed.

Sugimoto commented that open peer review has largely failed, but it is not true that researchers are not active online. “Researchers need to be incentivized. We need to think about micro-reviewing too so that the process does not demand as much.”

Paula Gantz is the owner of the Paula Gantz Publishing Consultancy, which provides business analysis, strategic planning and product development to the science, medicine, technical and academic publishing communities.