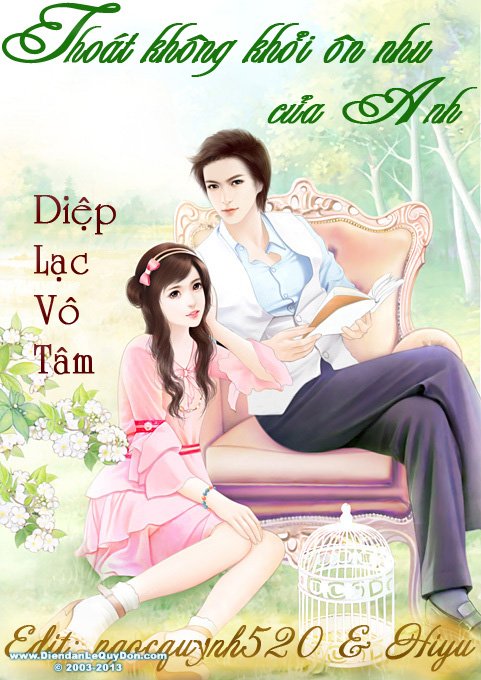 Diep Lac Vo Tam, who writes under a Vietnamese pen name, is one of the most popular Chinese and drew more than 1,000 fans to a recent appearance in Ho Chi Mihn City.

The first caption from the story at Tuoi Tre News says it all: “Rubbish Chinese fiction which is rife with mawkish and sexual elements has cast an insidious spell on a large number of Vietnamese teenagers and young adults and been thus a great cause for concern among parents and the general public.”

According to the article, bookstores are filled with hundreds of books of “such kind,” and are “invariably packed with buyers and perusers, who are mostly middle and high school students.”

They can also be found online, where an “over-sentimental” book posted in the “literature” section of a popular online forum can find up to 10 million avid readers.

The translated titles of “several slushy Chinese books” that are “currently all the rage” include Do You Like America?, Moonlight Doesn’t Understand How I Feel, Let Me Look Toward You, Forever Together, and the ever popular I’m Just Like Radiant Sunlight.

The writer of the article notes that a growth in “online translators” (who apparently “have a fragmentary command or none at all of the Chinese language”) has added to the “bountiful” inventory of these books. The “translators” use software to translate the Chinese versions into “awkward Vietnamese stories” before “clumsily ‘editing’ them into finished ‘works.’” Among the four releases by NanuBooks in January of this year, three were “soppy” Chinese stories. And five of seven publications by Amun Publishers released in February and March of this year fell into the “slushy” genre.

The genre itself seems to fall into two main categories: “One comprises shoddily written soppy stories which depict promiscuous characters and their casual sexual relationships,” while the other “is those in which the writers make it a point to describe sex scenes between characters in great, obscene detail.”

Throw into the mix a “worrying frequency of sex scenes, incestuous relationships, and sexual deviant elements such as polygamy,” and, of course, the ever-popular gay relationships, and you’re giving the public what it wants. And exactly what outrages parents, educators, and conservatives.

Seventeen-year-old Hoai Huong admitted to the paper that she had been “addicted” to “slushy Chinese fiction” since she was 12 years old.

And, as one unnamed person who launched a website to “voice resentment at the rubbish genre” said, “These obscene love-making scenes described in full detail embarrass even adults, and thus unquestionably leave a detrimental lasting imprint on teenagers.”

As the article makes clear, “While conventional over-sentimental stories cause young readers to stray away from reality, indulge themselves in fantasy and far-fetched dreams, and shy away from school work, such sexually-riddled prose is considerably more damaging and even obsessive to youngsters.”

They’re so addictive, it seems, that even when already published online, printed versions still “sell like hot cakes;” sold by a growing number of Vietnamese publishing companies who “purposely turn a blind eye to its destructive effects because of its high [sic] lucrativeness.”

And these printed versions are not exactly cheap. One Facebook user told the youth newspaper Tuoi Tre that he’d seen a student offering an “over-sentimental” book for sale online for VND6000,000 (US$28). The book was quickly bought by another student.

Some publishers, though, are just saying “no” to the genre. Nguyen Minh Nhut, director of the Tre (Youth) Publishing House, one of Vietnam’s leading publishers, said at a seminar that his company has refused to publish “over-sentimental” Chinese fiction.

And Chu Van Hoa, director of Vietnam’s Ministry of Information and Communications’ publishing department told the paper that his department is “stepping up efforts to combat the plague, including holding workshops to work out the problems involved in such fiction and citing public outcry to stop publishers from releasing rubbish works.”