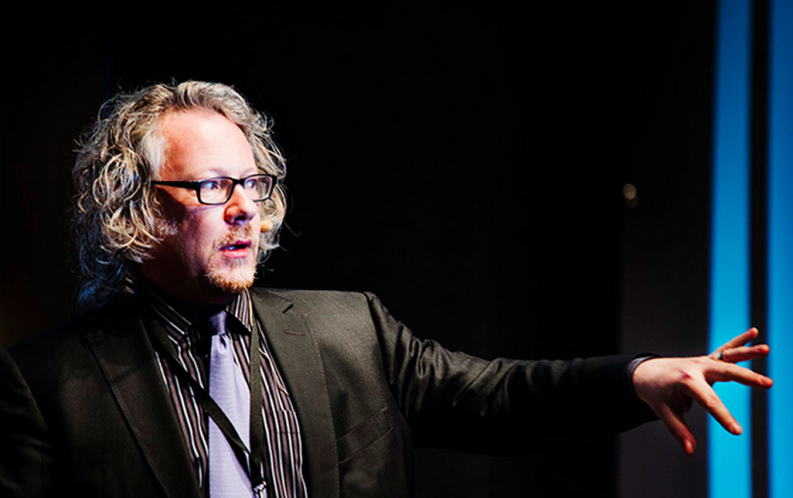 Publishing is returning to its pre-industrial models in which everyone was a creator and is transforming into a network where emotions matter most, says Richard Nash.

Richard Nash does a good deal of thinking about the future of books. Unquestionably, this “serial entrepreneur,” has been at the forefront of exploring what the digital revolution will mean for the culture of reading and publishing, starting from his days running the New York-based indie publisher Soft Skull Press, and continuing through his work as founder of open-source publishing project Cursor, and as advisor to various digital media companies. In talking with Nash, it soon becomes clear that his thinking about the future of publishing is deeply informed by its past — a history that often gets overlooked in breathless reports on the brave new world of digital media. “In the West, the Industrial Revolution begins with book,” Nash says. “It was almost the first thing that humans were able to reproduce in perfect facsimile on a vast scale. It allowed various kinds of scientific information to be shared, which in turn allowed for the sharing of even more technology.”

“Publishing is shifting back to a pre-modern — or, really, a post-industrial — state.”Richard Nash

Scholars have pointed to the importance of publishing — a.k.a. “print capitalism” — to the emergence of nationalism in Europe, and to the dissemination of new political and cultural ideas. But Nash points out that bookselling in the age of print also influenced our commercial world today: “Retail was invented in bookstores. Booksellers were the first retailers — in the sense that items on the shelves were available to be browsed, rather than something you had to go in and ask for, or ask them to make for you individually.”

But if that model — print publishing and retail bookselling — was “a revolutionary political engine,” as Nash puts it, it is no longer so. Too often that engine is viewed as an end in itself, rather than as a machine to put to further purpose: “What makes things interesting,” Nash says, “is that the supply chain has been the great blessing, but nowadays a mixed blessing, in terms of where the book ecosystem goes.” One of the key attributes of the new world of publishing will be a network rather than a supply chain, and as the marginal costs of reproduction drops to zero, “that means a massive democratization in publishing.”

In many ways, says Nash, this democratization echoes a much more recent publishing revolution: namely, the transformation brought about by PDF and desktop publishing, starting from the 1980s up to around 2000. In Nash’s view, the PDF revolution is often not given enough credit for its impact on how we reproduce and disseminate books: “People thought nothing had changed with desktop publishing, because the output looked the same. But it was change in disguise. With desktop publishing, publishing became something you do with the touch of a finger.”

Today, earlier predictions of a purely digital publishing world seem overblown. Instead, “publishing is shifting back to a pre-modern — or, really, a postindustrial — state. It’s a model where anyone can create, as it was before the Industrial Revolution. Anyone could create a song, tell a story. Myths and legends were available to everybody.”

As interesting as that insight is, Nash agrees that we aren’t about to return to a medieval world of scribes and illuminated manuscripts. So the question becomes: what is the business model for the future? “It’s hard to see large amounts of revenue coming from digital downloads,” he says. “But what I think you’ll start to see is different ways in which the book artifact, the physical item, increases in value and becomes more expensive. Just as you see with certain kinds of clothing, designed objects, and organic foods today.”

The emotional connection between an experience and a consumer gains in importance: “I look at how much more people spend on vacations now, or on their willingness to spend money on a T-shirt because it’s a souvenir of a concert they attended. What this means for publishing is that we will start to see revenue streams from the writer-reader relationship. Books derive their potency from that relationship.” In some cases, the value of the book as a physical object will go up as a reflection of a reader’s personal connection to it. But more importantly, “Culture is a conversation,” and therefore, the democratization of culture — through hashtag metadata, through the networks of connections that link readers to the author and to each author — is valuable inasmuch as it makes that conversation “as easy and pervasive as possible.”

Of course, the “findability” of books — the tools that let people communicate with each other about books — is beneficial to publishers, too: “If publishers discover how readers are using their books, what hashtag they are using to talk about them, they can take advantage of that. They should be aware of what the conversation is, and help to harness it.”

Brooklyn-based Richard Nash was interviewed while a guest at the Abu Dhabi International Book Fair.