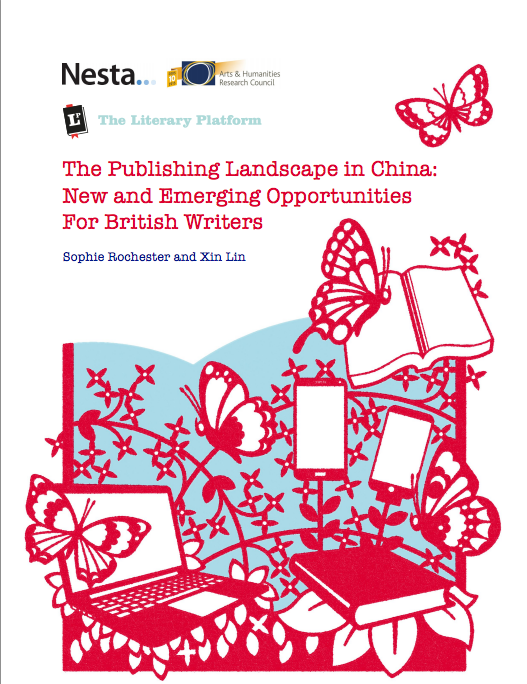 A new report produced by Nesta in the UK, in collaboration with Literary Platform and Douban Read, looking at the potential for the Chinese book market for English-language writers has been released to coincide with the China Market Focus at this year’s BookExpo America, opening in New York today.

We offer an introductory excerpt below:

In 2014, China overtook the US to become the world’s largest economy, when measured by purchasing power parity (PPP), according to the International Monetary Fund.18 According to marketing and media network Mindshare, part of the WPP group, in order do business in China effectively and successfully, marketing strategies must focus on where consumers are digitally.

China has nearly 1 billion mobile users and 100 million of these consumers use their devices for Alipay — the online payment service for China’s largest e-commerce site Taobao. Alipay already generates double the transaction volume of PayPal globally. China today offers brands the largest expansion opportunities in comparison to other markets. This, paired with the high level of governmental control and regulations in traditional media, has many international brands questioning where and how to allocate their marketing budget. Brands are turning to digital as the key to unlock the China market.

Data from Nielsen’s 2013 Mobile Consumer Report showed that 89% of Chinese consumers aged 16+ had a mobile phone.

The Ministry of Education of the People’s Republic of China estimates that the business of English-language learning is worth 30 billion Yuan (£3.2 billion), with more than 50,000 companies operating in this area.

The International Publishers Association puts the value of the Chinese book (print and digital editions) market at €15.3 billion (£11.4 billion), naturally making it a market that all foreign publishers are looking to better understand.

China alone, by now the second largest publishing market worldwide, accounts for more than half of the BRIC countries’ global market share (to be exact, over 12% of global publishing). The Chinese publishing industry is expected to grow further, driven by domestic consumption and the aspiration for a better education of the expanding middle class in China’s large urban regions.

According to a survey conducted by the Chinese Academy of Press and Publication, the average Chinese adult reads 4.77 books in 2013, about 0.38 books more than the equivalent figure in 2012. Reading times for an adult on a mobile phone averaged 21.7 minutes a day in 2013, 5.18 minutes longer than in 2012.24

Just over half (50.1%) of the Chinese population reads digitally (including reading online on PC, mobile phone, e-reader and other devices). When reading digitally, 44.4% of adult Chinese read online via desktop computers, 41.9% on mobile phones, and 5.8% on e-readers.