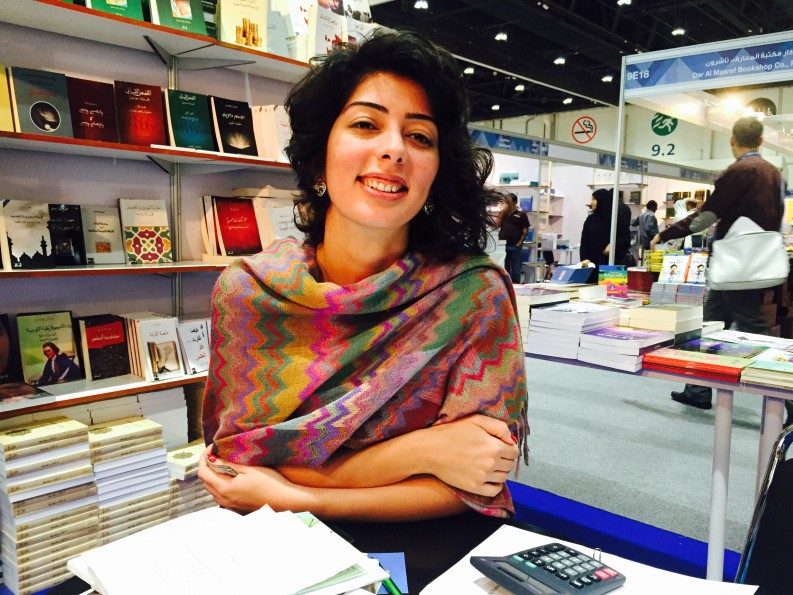 Publishers in the Middle East describe how they are trying to get around daily challenges, in particular falling book sales, resulting from political and cultural instability.

ABU DHABI: Publishers in the Middle East are used to obstacles, but these past few years have been particularly challenging: the major political instability in the region has further complicated the region’s serious and ongoing piracy problem as well as its lack of distribution channels. Fatma Elboudy, a professor of biochemistry who founded the Cairo-based El Ain publishing house in 2000 said, “I’m struggling but I’m a fighter.”

Elboudy, who began by focusing on popular science, has gone on to publish high-quality fiction and for the past five years has had an author on the International Prize for Arabic Fiction (IPAF) shortlist — this year her author Hammour Ziada was shortlisted, having already won the prestigious Naguib Mahfouz medal for his novel.

“Since the Arab Spring it has been upsetting — at the 2011 Cairo Book Fair I released 70 new titles, all very good writers. It was bad luck. Although I survived 2011, 2012, and 2013, in 2014 I had to slow down. Until then I hadn’t published less because for me it was a form of resistance. It was my national duty when we were governed by the Muslim Brotherhood because most of my publications are against their mentality. But with all this and the recession and instability I realized I had to publish less. Now we are in first third of the year and I have already released 50 titles; this is how I cut back production,” said Elboudy with a wide smile.

Elboudy has taken to becoming a traveling saleswoman of sorts, going to book fairs in Algeria, Morocco, Saudi Arabia, Kuwait, Oman and Abu Dhabi in order to counter the drop in retail sales in Egypt and elsewhere, which she says no longer covers her expenses. In Tunisia, Syria and Yemen sales are at zero, she said. Elsewhere, “everyone has less money because of the dilemma of the political situation.”

More Censorship Since the Arab Spring

Another publisher known for high quality fiction is Beirut-based Dar Al Saqi, which releases 50 titles a year. Manal Chamoun (pictured at top), marketing and PR director, said, “In one word, it has become bad.”

Selling books to Egypt is more difficult now because of the economic crisis linked to the political situation said Chamoun. Censorship is an added source of aggravation for publishers in the Middle East. Since the Arab Spring, she added, there is more censorship in all countries.

“Religion, politics and sex is a pyramid and has always been a problem in the Arab world but it has gotten much worse, primarily concerning politics and religion. In the Emirates, for example, when the Muslim Brotherhood won the elections in Egypt, then books on this subject were banned in the UAE…We hesitate more now when we are publishing a political or religious book.” (At the Abu Dhabi book fair two Saqi titles on ISIS sold well, even as the books are banned from local bookshops.)

As well as censorship, Dar al Saqi has suffered from losing its market in neighboring Syria where it can no longer distribute. “We had two or three distributors there including Dar al Ahliyah and Nouri’s bookshop — they have disappeared, we don’t have contact with them anymore.”

Michael Khoury is Operations Manager at Ciel, a distribution company based in Lebanon and the UAE. He, too, believes that censorship in the UAE has increased. But, he said, Dubai in particular can be sensitive to media criticism, which can result in a book becoming “unbanned,” as with this year’s IPAF winner which is a book calling for freedom of speech.

“When the revolutions started, the UAE banned anything that had to do with Iran. Later on it was about Syria, which they went back and forth on. More often than not they don’t say they are banning a book, they just say they don’t want it.”

On the other hand, said Khoury, because there is a demand for more political books, more have been released. There is a greater variety of books on subjects such as Muammar Gaddafi, for example, or the Syrian revolution, which means there are more sales. Tunis-based Nouri Abid created Dar Al Tanweer with friends in Beirut and Cairo on a model that that would allow him to publish more books for less. Operating like a co-edition but in the same language, together with Dar Al Tanweer in Beirut (where the books are printed) and Cairo, their print run for each book is a maximum of 3,000 copies which they divide and sell equally, thus reducing the risk of having too much stock and circumventing distribution problems. Abid’s son Wael, recently in Abu Dhabi where their author, Shukri Mabkhout, won this year’s IPAF prize, said that it has become very difficult to sell books. “After the revolution, young Tunisians are more and more on social media and less interested in books. You really have to make an effort to sell them.”

Like Elboudy, Abid said that he travels to all the book fairs to sell books, and his company is developing its ebook production. On the positive side, said Abid, following the revolution in Tunisia censorship is no longer a problem.

Finally, Salah Chebaro, who has been running the Beirut-based online bookstore Neelwafurat for 16 years, said he can’t make money in retail anymore.

“Had I known we would be going backwards rather than forwards in the Arab world…” Chebaro is investing in ebooks and has been working on a variety of projects for the past five years, which are coming to fruition. The Saudi digital library is buying 20,000 ebooks, the Dahran (Aramco) regional library has purchased 300 and his project with Sharjah, Knowledge without Borders will result in a sale of 150,000 ebooks going to 3,000 families.