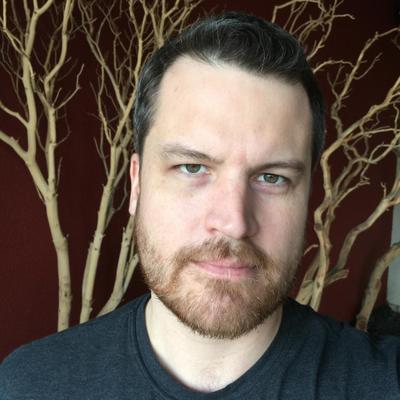 Leanpub’s Peter Armstrong discusses the benefits of “Lean Publishing” — or publishing your books multiple times as it is written to acquire feedback and an audience. Peter Armstrong was a software developer working in California’s high-tech Silicon Valley when he wrote and self-published his first book in 2008, a computer programming text called Flexible Rails. The book explained how to build multiple iterations of an RIA (a “rich Internet application”), walking readers through various stages of a sample application as it was debugged, refactored, and improved. It occurred to him at the time that he could try to write his book in the same way, as a self-publication in progress, one that could be improved through the input of readers. Doing that, however, involved some creative workarounds on his part: “I evolved this workflow, using [self-publishing website] Lulu, but it worked! I got feedback from people around the world, and the finished book got bought up by a traditional publisher.”

That experience was the genesis of his company Leanpub, as well as “lean publishing,” a term he coined to mean publishing an in-progress book “using lightweight tools and many iterations to get reader feedback, pivot until you have the right book and build traction once you do.” While he had initially used this approach for the highly web-savvy and connected community of programmers, he realized that in-progress publishing “isn’t a niche thing for computer books, but instead it could be transformative for other kinds of publishing, too.”

Publishing Books as They are Written

He launched Leanpub (www.leanpub.com) in 2010, with the explicit aim of making in-progress publishing as easy as possible. Using Leanpub, “the author can sit there and write their book, either in a Dropbox folder or in Github. You sign up for Leanpub and type up your book in plain text. An author can press a button and convert their text to InDesign, for example, but doesn’t need to do formatting.”

Currently, Leanpub lets authors write their books in Markdown, a plaintext format that has historically been used for HTML, and is most commonly used by blog writers. However, since book publishing has different requirements, Armstrong is developing an open-source variant of Markdown specifically for working on books. The variant, called Markua, is being created now, and should be fully available in September. He has already published the specs in progress online, which can be found live at www.markua.com.

Using Leanpub, an author can “publish” their book hundreds of times in order to get feedback from a community of readers. A glance at the Leanpub website gives an idea of the range of books being written through this lean publishing system: although most are about computer programming and game design, there is a smattering of other categories as well, such as cookbooks, business books and even fiction.

Authors who have written their books on Leanpub have to date made $3 million in royalties. In his system, the author sets the price for their book, which includes both a “suggested price” and a “minimum price.” As he has discovered, even when an author sets the minimum price of their book as free, people will stay pay for it. Readers can buy a book on the site and within 45 days get a refund if they think the book isn’t appearing to get any better.

The site isn’t just for self-published authors, he emphasizes, since publishers can make use of its workflow, too (without having to use its store to sell a book in progress.)

“We don’t own the copyright,” Armstrong explains. “The author does. Because of that, some authors also decide to sell their books on Apple and Amazon, and they often leave their book on Leanpub while selling it elsewhere. Authors can also “retire” their book from the site, if. For example, their book gets picked up by a traditional publisher, who then wants the book not to be available elsewhere.”

Expanding on the manifesto on lean publishing that he has published on the Leanpub website, Armstrong feels strongly that “books should not be written in stealth mode. They should be published as they are written. In stealth mode, it’s very easy to create something that nobody wants. You’re writing a book? Then publish it — see what reader like about it, and what they don’t like.” Fittingly for someone with a Silicon Valley tech background, Armstrong sees Leanpub as a “lean start-up for books.” A start-up is “a risky, highly creative endeavor undertaken by a small team, with low probability of success. The best way to determine whether you’re building something that people do want is to show it to them.”

While lean publishing is very much a product of 21st-century technology and ideas, Armstrong feels that it hearkens back to an earlier form of publishing: specifically, 19th-century serial fiction. Charles Dickens famously made use of serial fiction by publishing a chapter a week in popular magazines, he could see how readers were reacting to his story, and adapt it accordingly. Armstrong evokes the phenomenon of “sensation fiction” of Victorian England, when authors such as Mary Elizabeth Braddon published serialized novels like Lady Audley’s Secret (“the Fifty Shades of Grey of the 1860s”).

“The circulating libraries in Victorian England were like Netflix for books, to help people gain access to popular ‘sensation fiction’ at the time,” he says. “Today could be a golden age of serial fiction, since it should be possible to buy books a chapter at a time.” In other words, in-progress publishing has the potential to change not only how we write and read non-fiction and instructional books, but how we consume fiction, too: “Imagine, for example, if the last Harry Potter novel had been published a chapter at a time in progress.”