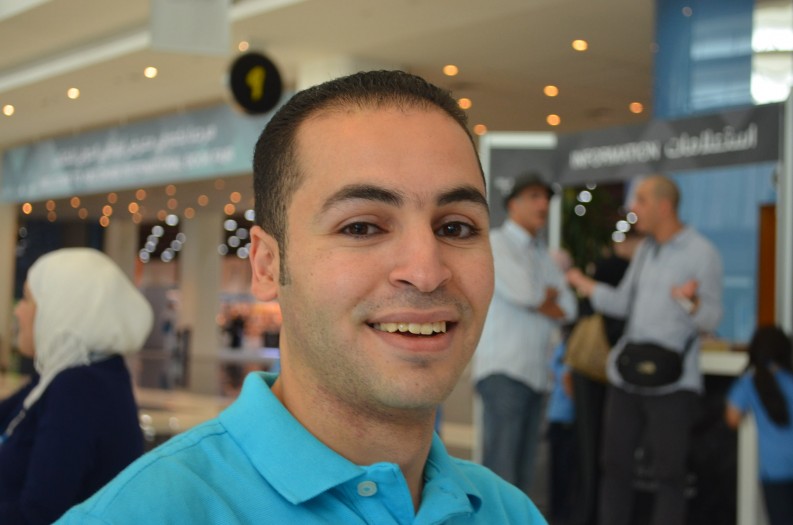 Ala’ Alsallal: “we care about facilitating knowledge”

A 30-page letter from JK Rowling’s lawyers threatening legal action is one of the more unusual starts to a career as an online bookseller. But it is exactly what happened to Ala’ Alsallal, the likeable, young founder of Jordan-based Jamalon, which likes to describe itself as “the Amazon of the Arab world.” He laughs about it now, but it was clearly a disturbing experience, albeit one that had a happy ending.

Today, Jamalon.com offers some ten million titles in English and Arabic and sells to the Arab diaspora around the world. It has 40 staff and partners with Aramex for logistics, with distribution centers in Lebanon, Dubai, Jordan and the UK. Unusually, it operates a cash-on-delivery system, and gets around the problem of how to deliver to private addresses in parts of the Arab world that don’t have western postal traditions by asking for phone numbers. “Our people on the ground locally will call and will receive detailed instructions of the address and we deliver that way.”

He says Jamalon’s vision is to be “knowledge providers. We care about facilitating knowledge sharing between countries and cultures. I think what distinguishes us from other online sellers in the region is the size of our catalogue, the cash-on-delivery facility and the fact that we offer English titles as well as Arabic.”

Later this year he hopes to offer Arabic ebooks and he says his team it has conquered the problem of rendering Arabic font. “The font was an issue but our team has solved it. We can convert Word or PDF to ePub and that is OK. Then we protect it, encrypt it. The real problem with ebooks in Arabic is the lack of them. Publishers think the conversion is something we should be doing. Many of them do not want to do it themselves. But it is very expensive for us.”

Jamalon has no plans to go into hardware, but it does plan to launch a Jamalon app for mobile. It is also – and this may raise eyebrows – working with Amazon in a loose partnership. The US giant advises the company on structuring its distribution channel, and Jamalon provides Arabic books for Amazon in the US and Europe. “There may be further partnerships with Amazon in the future,” Alsallal adds. “We have a very good relationship with them.”

Born and raised in Jordan, where Allalal still lives, it was Harry Potter that got Allalal started in the book industry. When he was a student of Computer Science at Philadelphia University in Amman in 2006, he noticed that a lot of people were interested in the last Harry Potter, “but it wasn’t available in Arabic. So I put a note on a forum asking for translators. I got 50 in a week. I organised them into various groups and after a month we had the book translated. We announced it online and put it on various file-sharing websites and very quickly we had one million downloads.”

But some people in Egypt were printing and selling it, and this activity eventually came to the attention of Bloomsbury, JK Rowling’s UK publisher. Cue the arrival of the 30-page legal document from the author’s lawyers. “We were too frightened to mention it to our parents,” recalls Allalal. “We barely understood it. We couldn’t come to London. The letter said that if we didn’t take the sites down, we would be sued. So we took the sites down. It was a very good lesson for us – but it did show us that the market was there.”

So in October 2010, with a staff that consisted of his four brothers, two sisters and his mother, and operating out of the family home, Jamalon was born. Its name means “the summit of a pyramid,” the three points being authors, publishers and readers.

He notes that the family dynamics were interesting. “I was CEO and my mother was MD. But if there was any dispute it was always my mother that stepped in to sort it out.”

Does he sell Harry Potter on the site today? “Yes of course,” he smiles. “And legally.”