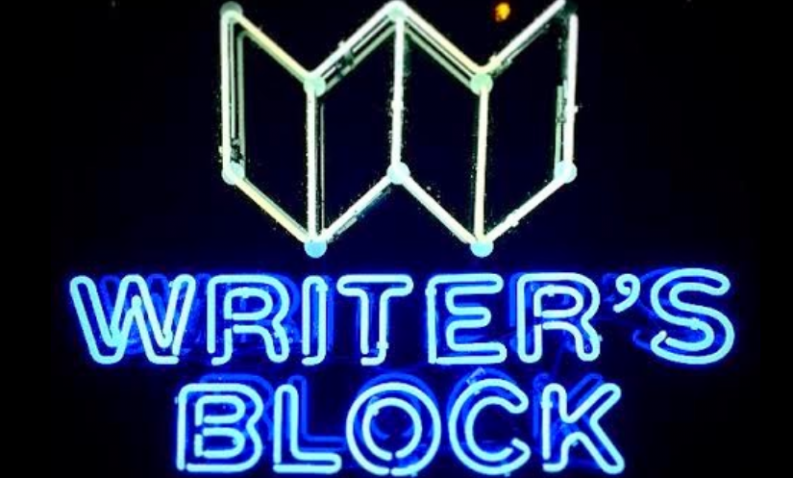 When most people think about Las Vegas, a hip independent bookstore containing a fake forest populated by artificial birds might not be the first thing that springs to mind. Indeed, it probably isn’t the second, third or fourth thing to spring to mind. Most likely it’s way down the list, after Britney Spears’ shaven head and weddings officiated over by Elvis lookalikes.

In fact, until last November when Drew Cohen and husband Scott Seeley opened The Writer’s Block in downtown Las Vegas, the city did not have a single independent bookstore, says Cohen, buyer at the store. And it might not have existed at all were it not for Downtown Project, the controversial $350 million “urban revitalization” project spearheaded by Zappos CEO, Tony Hsieh.

Cohen explains that that the minds behind Downtown Project wanted a bookstore to be part of their plan, but more than that: it should also have an educational component. Meanwhile, Seely’s background was as co-founder and former executive director of 826NYC, a literary not-for-profit in New York City that provides creative writing instruction to students aged 6-18 and to their teachers.

“It’s part of a national network of not for profits, and what they all have in common is that they provide free creative writing classes for students in the back and in the front of all these spaces are mock retail stores. Well, they’re not mock retail stores; they actually function. But they’re novelty stores. In New York it was a super hero supply store, in San Francisco it was a pirate supply store.”

Through a mutual friend, Seeley and Cohen learned that was “very interested” in getting something similar up and running in downtown Las Vegas “…because the education system is ranked pretty low and they’ve been cutting creative writing left and right.”

And so Downtown Project provided start-up capital and “The Writer’s Block” was born.

“The front half is the bookshop,” says Cohen. “We have a large selection of literary fiction, some non-fiction, art and design books and a big children’s section.” Cohen and Seeley have designed the shop so that a visit is an experience in itself. In the entrance area there is a letterpress from 1890 that they are restoring, with an eye to giving classes to adults who are interested in learning the art of bookmaking further down the line. The rest of the store is designed to have a “workshop quality” says Cohen.

“It’s all exposed wood, lots of clutter, saturated with different stuff…we also have a fake history display. We’re putting up panels on the wall that are the prehistory of literature to the present but in fact it’s all made up. We’re trying to give it a very layered quality, so that every time you come in you see different things.”

Although Cohen initially set out to offer a very broad selection of books, he has discovered that his customers have more selective tastes.

“Before we opened our mentality was to please everybody because there wasn’t a general bookstore aside from Barnes and Noble. So we did a little of everything. But we found that we weren’t selling a lot of the more popular genre fiction.”

In fact, says Cohen: “I didn’t sell a single David Baldacci book, and in our romance section we sold nothing — I probably sold two books in our first two months. So we eliminated our romance section and really cut back on the genre fiction because I think the pent up demand in the city was for a more literary bookstore…so we’ve really beefed your selection of poetry, memoirs, and we’ve sold a lot more literary non-fiction than I expected.”

A fake forest full of artificial trees and birds connects the shop to the classroom space where Cohen and Seeley have just launched their free creative writing classes under the name “Codex.” They plan to mix workshops with field trips where “public school teachers will bring their whole class and we’ll do a two hour long field trip where they all create a book and each student leaves with a copy of the book at the end.”

Indeed, that sense of creation, of delight not only in writing but also in making a book is central to The Writer’s Block experience, says Cohen. Codex has an old Powis Parker binding machine so that students can quickly manufacture books after a class.

Cohen explains: “One of problems with creative writing in schools is that you write and then don’t do anything with the writing: you never see the paper again, you’re not really creating anything. So everything we do, we want to be project based — so they’re actually making a book, or a comic book or a movie. So every workshop results in some kind of object that each of the kids takes home.”

Seeley and Cohen also operate the only Espresso book machine in Las Vegas, which is housed nearby in the News Café, another Downtown Project investment:

”There are about 50 of them in the country. It’s a print-on-demand machine so it can fabricate a paperback book in about five minutes. A lot of libraries and research institutions have them because they’re good for reprinting books from the public domain that aren’t in print.”

“With the book machine, there are a few people operating it. You’ll talk with them one-on-one and get personalized attention – that’s the main advantage over [a platform like] Createspace. The other is the very quick turnover: you can sometimes get a book printed on the book machine the same day, while on Createspace you often have to wait.”

Meanwhile in addition to selling books, making books, and helping people write their own stories, Cohen and Seeley also plan to host “as many events as possible” to get people inside the store, which he says will be “crucial” in the long term.

“It’s tough, because Vegas is not on the author’s circuit, but hopefully we’ll be able to cajole some people. Any authors that wind up here, we’re trying to reel them in.”

Late last year meanwhile there were media reports that Downtown Project was in a “fragile state” with much publicized tales of extravagance and infighting; Hsieh, of course, has touted its successes. Cohen remains optimistic and says that the entire Downtown Project is “evolving.”.

“The fact of the matter is: it exists mainly to facilitate other businesses opening. So the more important question is whether entities that do invest will stay and have a lasting impact- and plenty are at the point where they breaking even or even past [that].

“The most encouraging thing is that other entrepreneurs are opening businesses and investing in the area. If in ten years other businesses open and new ones open then Downtown Project will have been a success whether or not Downtown Project still exists.”