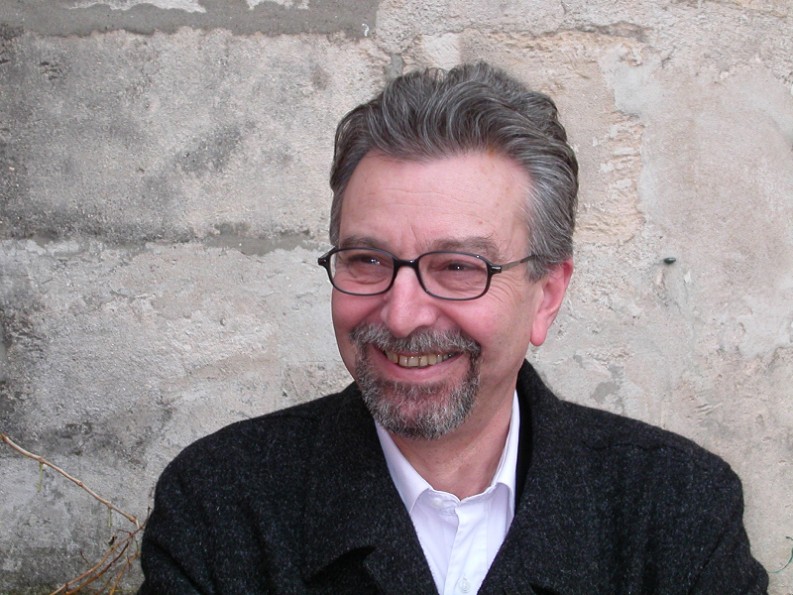 The publisher of Actes Sud’s Sinbad and Babel lines of Arabic literature is also the not-so-secret historian of Arabic cuisine, Ziryab, now translated to Arabic.

Farouk Mardam-Bey is known as a Damascus-born, Paris-based intellectual who is responsible for placing contemporary Arabic literature on the map in France. He came to France as a student in the 1960s and went on to become a cultural advisor and head librarian at the Institut du Monde Arabe (Arab World Institute) before settling into his current job as head of French publisher Actes Sud’s Sinbad and Babel (paperback) collections of Arabic literature. But what many do not know, is that for six years he used a delightful pen name — Ziryab — in honor of an artist and arbiter of taste and style, who lived in in medieval Spain over 1,000 years ago. Most probably born in Baghdad, Ziryab brought culture, refinement and culinary arts to the court of Córdoba in Al Andalus and many of his dishes and culinary traditions have survived to this day.

Mardam-Bey, as Ziryab, wrote a regular chronicle for the Arab Institute’s magazine, Qantara. In 1998 the articles were published as a collection in a book, La Cuisine de Ziryab (Ziryab’s cuisine). Now, with the help of the Kalima translation project, Mardam-Bey’s book has been translated into Arabic.

“It all began during a meeting about the magazine Qantara,” said Mardam-Bey. “The magazine was a little dry, and people suggested a column about cooking. I said I’d give it a try. People were astonished. I usurped Ziryab’s name, excusing myself for the presumptuousness, and had a lot of fun with the column.”

Mardam-Bey had actually been interested in cooking since his teenage years when he “began to like everything and above all I wanted to taste everything.”

In Paris he had long been cooking the family meals so writing about food, coupled with his academic research on the subject, penned in a jocular tone, made the column a hit.

“In part they were odes to certain fruits, vegetables or starches such as the apricot, eggplant or chickpea, which are used around the Mediterranean region including European countries. There are lots of references to early Arab cuisine, with recipes from the 10th century, and the evolution of the cuisines in their contexts.”

In his odes, Mardam-Bey celebrates 14 fruits and vegetables but also couscous, rice and bulgur wheat. A selection of mouth-watering recipes from Algeria, Morocco, Tunisia, Syria, Palestine, Lebanon, Egypt, Iraq and the Gulf countries follow each provision.

Mardam-Bey continues with a section that is a road trip of sorts, in which he explores the refinement of rice in Persian culture, or the variety of complex flavors in Syria, which consist of lemon, vinegar, sumac, tamarind, pomegranate concentrate, green plums and verjus.

“Can one speak of Moroccan cuisine without using and abusing superlatives?” writes Mardam-Bey. He describes the “enchantment” of the marriage between sweet and savory, of tagines made with fruit or sweet-tasting vegetables flavored with saffron, ginger, pepper, cinnamon, honey and orange blossom flower water which come close to the sublime.

The closing chapter of Mardam-Bey’s Ziryab’s Cuisine is a primer for cooking enthusiasts in which he portrays historical characters, such as Ibrahim ibn al-Mahdi, a 9th-century gastronome who wrote the first Arabic-language cookbook, or the history of knafeh, which was probably not the same thing in the 19th century as it is today, although no less delicious. The histories of Fuqqa (a sort of beer) and nabidh, (wine) are evoked, as is a mysterious fruit called an utrujj (the first citrus fruit known to Arabs), which is written about in a hadith, and described as having an exquisite taste and a heady scent.

Mardam-Bey, who has also published a children’s cookbook and a monograph about the chickpea, has been working on a second volume to complete the first Ziryab tome, but has put it aside as he deals with more pressing matters, such as editing and publishing exiled Syrian authors.

Cuisine, however, is very important, he says. It’s the relationship between people and produce, but it’s also a social ritual that brings people together from all social classes and conditions.

When Mardam-Bey was a child, he liked to eat white beans with lamb shanks, tomatoes and onions, served with rice. He likes kibbeh, “which is an entire world,” he commented, adding that in Aleppo, during lent, there are 58 types of meatless kibbeh that are made. For dessert, one of his favorites is knafeh stuffed with pistachios, which in Lebanon can be called burma. A year ago Mardam-Bey’s book inspired Lebanese epicurean Noha Baz to create a literary prize for French-language cookbooks. She called the prize Ziryab.