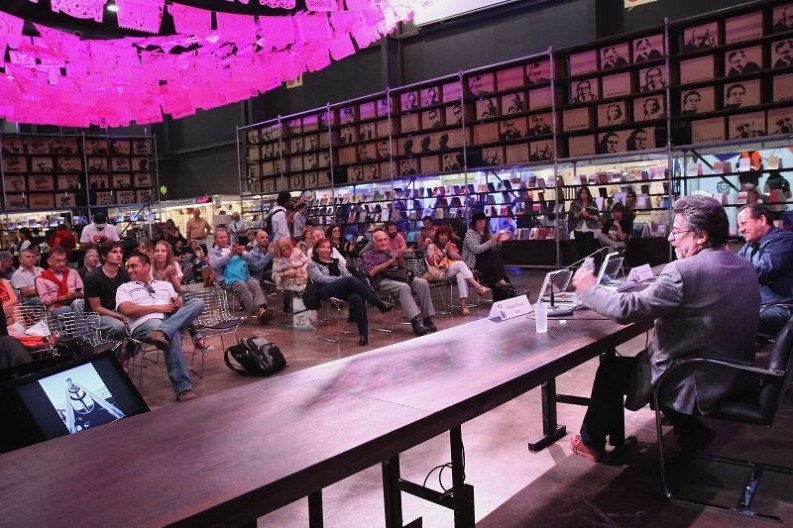 Nicole Witt of the Mertin Literary Agency reports on rights deals from the Buenos Aires Book Fair, where literary fiction is always a highlight. BUENOS AIRES: Mexico is the Guest of Honor of this year’s Buenos Aires International Book Fair with a very nice pavilion offering space for interesting readings and discussions. This is a great networking opportunity for two countries that speak the same language but unfortunately have little significant cultural exchange otherwise. As we know all too well, very few titles from Mexico and Central America travel to the Cono Sur, and vice versa, so it’s fantastic to see Mexican authors talking to Argentines, and interacting with the public and passers-by.

From May 1-3, librarians from all over the country came to buy books at a 50% discount as part of a government initiative of the Comisión Nacional de Bibliotecas Populares (National Commission of the the Public Libraries). It was inspiring to see the halls crowded with people carrying trolleys full of books!

At the fair, both authors and agents are looking at the consolidation of the global publishing industry with increasing concern: books from the prestigious Alfaguara imprint are now at the huge Penguin Random House stand; and Tusquets is now in a corner of the Planeta Group stand. On the other hand, there are small, independent publishing houses on the rise promoting new and interesting voices with considerable success. As an agent (and reader), this means there are always new, intriguing new projects to discover.

On the rights front, a number of Brazilian authors sold to Argentina, including Ferréz to Corregidor, Augusto Boal to InterZona, Andréa del Fuego, Adriana Lisboa and José Luiz Passos to Edhasa (the latter two live in the USA), and Moacyr Scliar to the publishing house of film director Daniel Burman (known for El abrazo partido — English title: Lost Embrace). The Mertin Literary Agency also sold rights of new books by our Argentine authors Sergio Bizzio (Interzona, republication of Rabia — Rave), Eugenia Almeida (Edhasa) and Sylvia Iparraguirre. Right now we are in an auction with several Argentine publishing houses for the novel, El río (The River) by Argentine writer Débora Mundani. The book has already been shortlisted for two important literary awards: the Premio Clarín and the Premio Letra Sur. It also received an honorable mention in the prestigious Premio Literario Casa de las Américas 2015. The latest novel by Mozambican writer Mia Couto, A confissão da leoa (Confession of the Lioness), is currently on the shortlist for the Man Booker International Prize and will be published in July by Harvill Secker in the UK and FSG in the US. The book will be published at the beginning of 2016 by Alfaguara in the Spanish-speaking world.

Rights for the novel Teoria geral do esquecimento (A General Theory of Oblivion) by Angolan writer José Eduardo Agualusa, to be published in the UK by Harvill Secker and in the US by Archipelago, were sold to Edhasa in Argentina. The novel La Oculta (“The Hideaway”) by Héctor Abad, already a huge bestseller in Colombia, has just been published in Argentina by Alfaguara.

Finally, we are happy to announce that The Mertin Agency took over representation of the novel that won the latest Premio Clarín, Rebelión de los oficios inútiles (Rebellion of the Useless Professions), by the very talented Colombian writer, Daniel Ferreira.