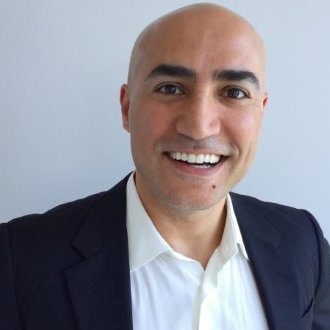 Netflix’s original series Daredevil tells the story arc of a character’s growth from a child into a man, from an average human into a superhero. Can you do the same for your potential customers?

Valla Vakili looks at how Netflix uses character development and storytelling to define its customers, as well as create great content. In a recent podcast I described how storytelling can help product managers build better products, recruit stronger teams, and advance their careers. I want to unpack what makes storytelling powerful by showing how successful companies tap into a story’s core elements and how you can leverage each of these to build better products. Today’s focus is on character development and storytelling, illustrated by Netflix.

I’m one of those early Netflix users who stopped using the service a few years ago in favor of easy substitutes — cable, Prime, Apple TV. I recently rejoined for the company’s original programming. Like Daredevil, released in full on April 10, 2015.

Early in the first episode we witness the defining moment in Daredevil’s life, when as a boy he saves a man from an oncoming truck, only to be struck himself and blinded. A natural born hero who turns tragedy into strength. By the final episode we’ve watched the character develop from childhood to present day in such detail that we understand what motivates Daredevil to put on a mask and fight crime.

Attention to character development is a staple of great storytelling. And product development has its equivalent: The characterization of our users’ motivations, needs and background. Companies that really focus on the character behind the user, like Netflix, grow new markets and distance themselves from competitors over time.

But before we get there, let’s take a look at how things usually get (not) done.

If you’ve worked in product development in media and technology long enough, you’ve felt the resistance to really fleshing out the user. Putting a stake in the ground about the user’s needs and motivations sounds like narrowing the opportunity — how can we reach the largest target market or appeal to the broadest base of advertisers if we focus only on a handful of things that matter to some people? And it takes guts — What if we’re wrong?

I’ve seen this refusal to focus on distinct user motivations collapse seemingly invincible companies, and paralyze many others.

Worse, these same companies fail to understand why their users adopt competitive products. You’ll often see this expressed via generalizations:

Rarely are the specific needs being met — by the free, the new, or the tailored product — articulated clearly and taken seriously.

Over the years much of what I’ve just described has been said by those who understood the Netflix user as motivated by “watching programming that originally aired elsewhere,” like on television or in a movie theater. And so Netflix always risked “dying” whenever their content partners wised up and delivered a similar service, or priced Netflix out of the market.

Netflix, by contrast, doesn’t view their users as a generic audience motivated by “watching someone else’s stuff.” Instead they see their users as individuals looking for great programming, with richly varied tastes not only in what they like to watch, but how they like to watch it. They recognize that by digging deep into user motivations they can fuel a constantly growing business. Competitors are now scrambling to keep up with a company that has spent years analyzing the programming tastes and viewing habits of millions of viewers. A company that’s approached the tagging and classifying of programming with that same thoroughness. And who now not only creates great programming of its own, but has seemingly overnight changed decades long patterns of how that programming is consumed. Where else can you watch an entire season of a new series within days after its release?

To use character development in your own work of creating great products for users, start by looking for a motivation. To keep with our example, a description for a streaming video or cable service user might read “viewers who watch at least five hours of episodic programming per week across more than one genre.” A better one would add “and don’t want to wait for the next episode” to establish a specific motivation.

From that single motivation — and a gutsy bet that behind the user lurks a binge watching character ready to trade sleep to finish the series, then tell all her friends to do the same — comes the competitively differentiated strategy of releasing a full season at once. Naturally, this example is specific to Netflix, but by focusing on motivations you can uncover insights that apply to almost any market.

In the next part of this series I’ll look at how great companies use Setting, another core element of storytelling, to create great products.

This article originally appeared in a slightly different form at sideposts.com. Valla Vakili is the VP Mobile and Consumer Electronics Products, iHeartMedia, and formerly the founder of Small Demons.