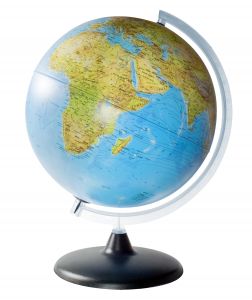 AmazonCrossing put out 44 new translations last year, including genre titles, making it again the most prolific publisher of translated fiction in the US.

“It’s not Random House, and it’s not a specialized indie outfit like Europa Editions or New Directions. It’s Amazon.com. Last year, the company’s translation imprint, AmazonCrossing, brought out 44 new English translations from a diverse slate of literature, including Icelandic, Turkish and Korean. That’s more translated titles than any other American publisher, according to data from Three Percent, a literary translation blog at the University of Rochester,” writes Stephen Heyman in the International New York Times.

And even better, AmazonCrossing plans to up its numbers, with 70 new translations into English and 200 into German. In addition, the company plans to begin publishing translations (up to one dozen) into French.

It’s interesting to note that while a small percentage of the books AmazonCrossing has translated are award winning titles and the like, the majority can be considered “genre” fiction. And for Chad Post, the editor of Three Percent, that’s just fine.

Chad Post told Heyman that, “They’re doing a lot of things that most translation publishers don’t do: romance, thriller, young adult books, things that are definitely in that chick lit category.”

He mentioned the work of translation theorist Lawrence Venuti, who argues that “lowbrow” authors are just as important to translate as “literary giants.”

True. As Gore Vidal once wrote in an essay on John O’Hara, “Writers of fiction, even more than systematic philosophers, tend to reveal unconscious presuppositions. One might even say that those writers who are the most popular are the ones who share the largest number of common assumptions with their audience, subliminally reflecting prejudices and aspirations so obvious that they are never stated and, never stated, never precisely understood or even recognized.”