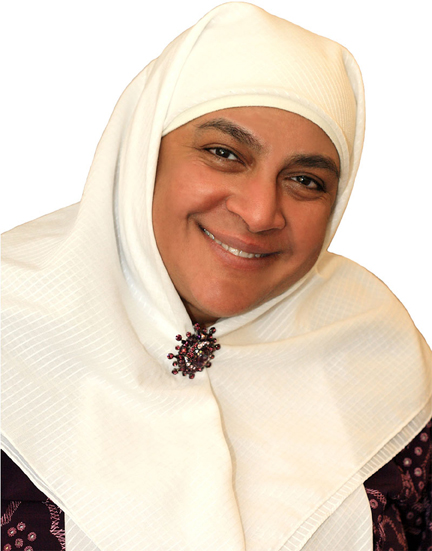 Pakastani-born Canadian children’s book author Rukhsana Khan explains how to leverage appearances at book fairs and events for the greatest benefit and impact. When it comes down to it, attending international conferences and festivals looks good on your resume. And it’s exciting to travel the world.

As a children’s author, I seek out every opportunity to expand my sphere of influence.

What have I learned from all these ventures?

I’ve learned that you won’t always come away with new publishers on board, but if you keep your mind open you will come away with a better understanding of human nature. And all that insight is good grist for the mill. It is very true that travel broadens your mind and perspective.

But if you think long term, if you’re patient and follow up on leads, then these trips can pay huge dividends in your career as well.

When you’re accepting invitations you should always always take a look at the long term objectives of what you want to accomplish.

Is this festival a venue where I will meet other publishers? Does this venue represent a new market that will be particularly interested in the books that I write?

Is this a festival where I will be able to attend sessions by authors I admire, from whom I can learn various skills? Will I meet delegates from other countries so that they can carry word about me back to their festivals?

Traveling is an investment in time and money. Often these international festivals do not provide honoraria. Often they only cover your ground expenses (food, transportation, accommodation within the country, etc), so taking time from your schedule means taking time from your family and from the possibility of paid work. You need to ask yourself, “Will it be worth it?”

And you say yes, only if it leads to more opportunities.

For instance, last year I was invited yet again to Singapore to attend the Asian Festival of Children’s Content, but having already been there twice, and met the influential people I needed to meet, I decided not to pursue the invitation.

It’s not always a good idea to go. It just depends.

Over the years, the festivals and congresses I’ve attended have led to many further opportunities.

But I have to rules in deciding whether I will go to a festival or conference:

First rule: They have to pay!

I have seen authors shell out thousands of dollars to go to the other side of the world just to do a workshop or two at a conference.

They don’t realize that people who spend their own funds to get somewhere are not treated with the same respect as people who have their way paid for them—even if it’s with a travel grant. My policy is if I don’t get a travel grant, and you’re not paying my airfare (as well as ground expenses) I aint coming!

You want me bad enough, you pay.

And I learned this the hard way.

If your host has not put in any sort of investment in your being there, then they will treat you accordingly. Unfortunately it’s true that people consider your worth as a ‘you get what you pay for’ sort of situation.

They should want you bad enough to shell out to bring you there. If they’re not willing to do so, then work on your craft so you’re so good an author that they simply must have you!

Second rule: It should be worth the hassles

Go to enough festivals and trips and you’ll understand that traveling can be exhausting! And if it means jet lag, you won’t feel like yourself for days afterwards!

It better be worth it!

That means you should take extra copies of your books, not to sell in the local currency so you can buy knick knacks and souvenirs, but rather to give to other publishers that you meet, who might be interested in your body of work.

For example at the first Asian Festival of Children’s Content I went to in 2010, I met an editor from Scholastic India to whom I gave a copy of my young adult novel Wanting Mor. In 2012, when I went back to the AFCC, this same editor had established her own publishing company, Duckbill, and would eventually buy the Indian rights for Wanting Mor and I would be able to tour India through the Bookaroo festival because of it.

That trip led to exposure and new opportunities.

My first real international exposure was I.B.B.Y. South Africa. I had pitched a workshop for the congress and it was accepted. Being from Canada I was fortunate in that I was able to apply for a travel grant that covered most of my expenses.

I took many copies of my books to give as samples to any publishers I would meet and I gave them out. And yeah, the way the publishers looked at me, when I visited their booths, was with a weary expression—not good. And I knew I was probably wasting my money giving them a free copy of my books but that’s a change you have to take.

The reality is that unless your name is featured prominently on the program, they’re going to look at you as just another author trying to get something out of them. But still, it makes sense to give away your books to publishers at times.

When I was invited to the American Library Association convention in New Orleans to be on a panel about multicultural books, that led to even bigger opportunities. I met with Deborah Ellis, and recently that meeting paid dividends in that she put my name forward to an educational publisher to write a piece on racism and bullying. That turned into my booklet titled, Not Guilty, about an Iraqi refugee dealing with issues of guilt by association in the aftermath of the Boston bombing incident. It is being published as part of the ‘Well Aware’ series with Pearson Educational.

When I saw that the I.B.B.Y. congress was to be held in Denmark, I thought, “Hmm. After that Danish cartoon thing they’ll want someone like me on the podium to show how open-minded and tolerant they are.” So I contacted the organizers even before they put out the call for papers and told them I wanted to come and talk about Freedom of Speech vs. Cultural Sensitivity (PDF), particularly in response to the Danish cartoon incident.

My experiences in South Africa and at the ALA would provide a sort of track record for this opportunity.

And then I worked VERY HARD on my plenary speech! In fact that speech was later published in the Horn Book magazine, a top children’s literature journal!

Nine years later, a member of the NCTE, who had seen my speech in Denmark and loved it, invited me to be on a panel for #weneeddiversebooks campaign, and so I was invited to the NCTE convention in Washington D.C. last November. So that Denmark trip is still paying dividends!

And so is the Horn Book article. It’s all about getting your name out there.

It takes people seeing your name five to six times before they take notice of you.

In conclusion don’t get disappointed.

And keep developing your writing abilities and the value of your product in order to keep expanding your market.

Rukhsana Khan is an award-winning author and storyteller. She was born in Lahore, Pakistan and immigrated to Canada at the age of three. She has twelve books published (one of which was chosen by the New York Public Library as one of the 100 greatest children’s books in the last 100 years). Her books have been published in other countries and in different languages. She has appeared on television and radio lots of times, and has been featured at conferences and festivals around the world. She lives in Toronto with her husband and family. To learn more on her blog here and her YouTube channel here.