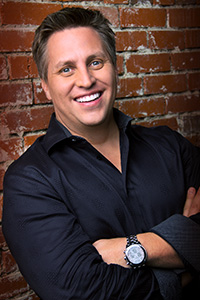 Nobody reads. Print is dead. Language, especially written communication, is the defining feature of our species. In days past, when possessing ink and pen and paper were luxuries of the upper class, words were drawn out with great care and deliberation. In setting pen to paper, we became gods, and in reading great thoughts and great beauty, we breathed immortality. How far afield we have strayed.

In Fahrenheit 451, Ray Bradbury describes a future where books are banned, burned in mountainous piles. Good fodder for science fiction, but burning books is like erasing our history, and that notion does not sit well with even the crudest of minds.

In Brave New World, Aldous Huxley paints an altogether different future, one that is eerily unfolding. In his view of the future, there would be no need to burn books; people would simply be convinced there was no reason to read.

These words strike within me a panic. They stoke my rebellious fires, and I burn to lead the vanguard against such blasphemy, but if Huxley is right, the unraveling has already begun.

The immediate answer, oddly enough, is a technological one. The rules of print media still come from the limits of 19th-century printing technology. In our minds, we are still writing on a piece of paper even though we now compose text primarily in a digital ecosystem – text that will ultimately live in another digital ecosystem and be experienced in yet another. I am breaking several typographic conventions with the use of italics and bold typefaces, and the urge to go back and homogenize the text is strong. I have summarily been programmed to write in certain font, of a certain size, without deviation because ancient technology could not accommodate such variety. In fact, I still see people using ‘single quote marks’ to draw attention to a word or phrase, when italics, bold or another font type could more eloquently accomplish that end.

Print is dead because it looks dead on the page; it evokes no emotional response.

Before typewriters and movable type printers, people actually wrote with pen and paper. No seriously! The beauty of the letters provided just as much of an emotional response as did the beauty of the words, and as with every new technology, some sacrifices had to be made. We traded the aesthetic of the hand-written letter for the ability to mass-produce text, and a layer of beauty was lost.

Fast-Forward to the Digital Age

We now live in a time where words, like cars or clothing, can be mass-produced. Anybody with a computer and some typing skill can compose at the point of utterance. And with dictation software, the need to even use a keyboard might be coming to an end. Thoughts become words on a screen as quickly as they are formed in the head, and with the Internet, that thought can become global in seconds. The beauty of written language has become subordinate to the speed in which it can be produced.

Furthermore, the digitization of print has given us tools for analyzing writing that previously did not exist. The ability to produce good enough writing is ubiquitous. Where once our peers judged our writing, now our readers (through sophisticated metrics and analytics) determine what is good. Quite simply, good writing is that which is read. In writing for today’s reader are we abandoning the art of language, or is the art form evolving?

Truth be told, print has been begging to evolve ever since the inception of word processing software, and we now live in exciting times. The changing of the guard is upon us. We are finally shedding the last shackles of archaic typographic rules, and technology now allows emotion to return to printed text. A well-placed image, graphic or chart provides an additional dimension to printed text that previously didn’t exist, and these only scratch the surface.

If people are going to read again, if print will ever come back to life, it will only do so by design. Every aspect of the printed text will be questioned. Every rule will be challenged.

Technology will breathe life back into print and recreate The Reader Experience. What that will eventually look like remains to be seen, but the field of User Experience (UX) design can provide us with some insight.

The Rebirth of Reader Experience (RX)

Just like UX design begins with the premise that users go to a digital application to accomplish a task or locate information, we can think of RX design beginning with the premise that readers click on an article because they want to read something. They enter as committed readers, not as scanners looking for information (scanning and reading employ different areas of the brain), but if the reader experience is poor, they switch to scanning. If they can’t find some reason to stay, they simply leave the article. The job of RX is to keep the reader engaged (keep them in the committed mindset) through to the end of the article, and create a pleasant, if not delightful, and memorable experience.

Empathy for the user drives the UX discipline. Designers must put themselves in the users’ shoes in order to understand what they want and how best to deliver, and several ingenious tools have been created to gain that understanding. Accordingly, if print is going to be resurrected, if there is going to be a Reader Renaissance, empathy for the reader must be the driving force, and there is a bright light on the horizon.

The New York Times reinvented its digital magazine when it launched the Pulitzer Prize–winning article, “Snow Fall: The Avalanche at Tunnel Creek.” National Geographic published a similar snowfall design (yes, it’s trending) when it published its piece on Voyager. While they have effectively opened the doors for what is to come, the experience amounts to little more than bells and whistles. The text is still static and lifeless, and if you don’t have the bandwidth (or Flash for that matter), the experience is altogether ordinary. Still, they both managed to generate a lot of excitement about reading, and other sites have begun similar explorations. I have looked at many of these sites, and I can resoundingly say that multimedia is not the answer.

Design is the answer, and through the mantra of empathy, the User Experience discipline has already plotted the course.

Think of the RX-designed article as more like a work of art than a multimedia artifact. The eye must be led through an article in much the same way that a beautiful painting invites the eye in and leads it around. An environment created is as much mental as it is physical.

Many people I know resist the urge to buy digital books (Kindle, Nook, etc.) because that is not the reading experience they want. They like the smell of paper and ink. They have favorite places they like to read, curled up into a cozy chair or out on a park bench. They like arguing with the binding, bending the corners of favorite pages, and scribbling little notes in the margin. They even have a favorite bookmarker that has some special meaning. The challenge for designers is to find a way to digitally recreate this aesthetic. By doing so, the text itself will once again evoke emotion, and a layer of beauty will return that was lost many years ago.

Having co-founded EffectiveUI in 2005, Anthony Franco has managed the creation of hundreds of award-winning digital products for many of the world’s most recognizable brands. With an eclectic background, he has served as both creative director and technical architect for nine successful start-ups, holds two patents and has started five of his own successful companies. He has worked in post-production for Warner Bros. feature films, and managed lithography production for large advertising campaigns.