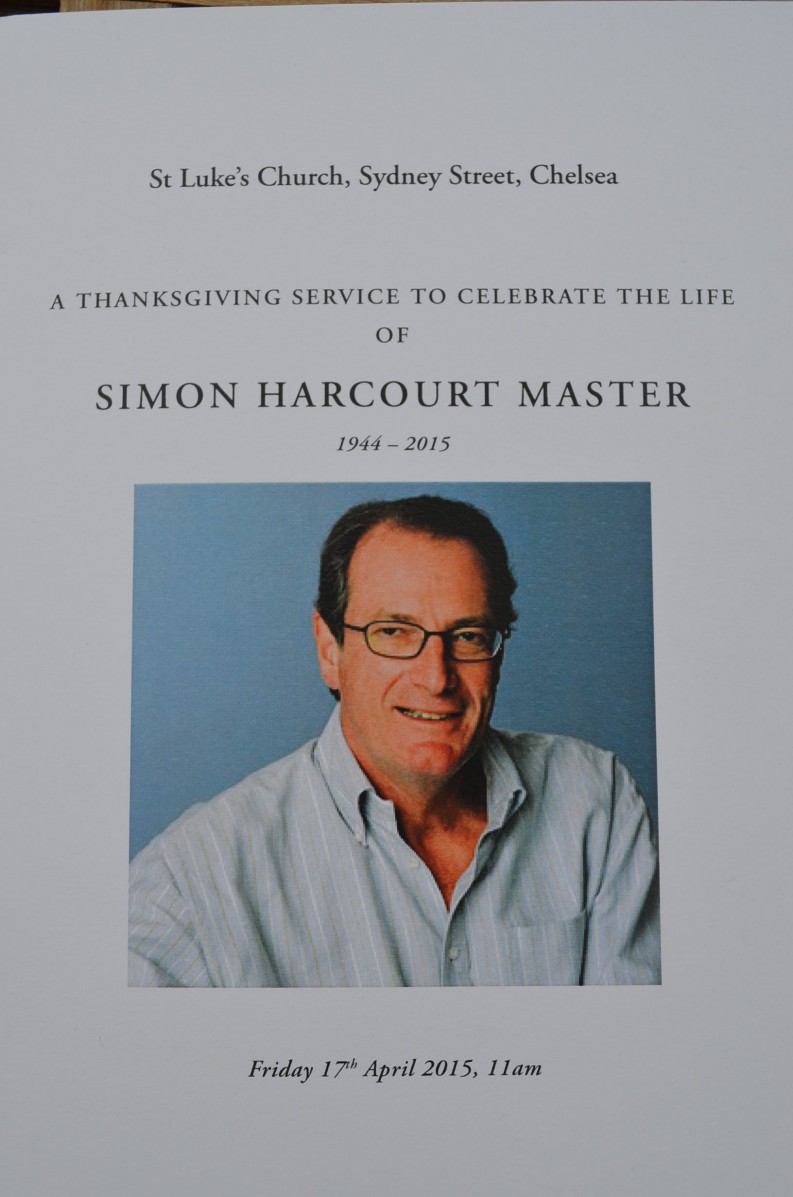 A memorial service for Random House UK’s Simon Master, who died in January, provided a fitting PS to the London Book Fair which wrapped up last week. A memorial service for Random House UK’s Deputy Chairman Simon Master, who died in January at the age of 70, provided a fitting PS to the London Book Fair which wrapped up last week. Master was a giant figure in both UK and international publishing, and the congregation who gathered on a glorious sunny day at St Luke’s in Chelsea (where Dickens married Catherine Hogarth in April 1836) last Friday was a roll call of book industry veterans past and present.

Knopf’s Sonny Mehta was there too, of course – he and Master ran Pan from 1979 to 1987, which some see as the Golden Age of paperback publishing. Former Transworld and HarperCollins publisher Patrick Janson-Smith – another member of the congregation – famously sums up this period as “Mehta and Master.” “They were very happy days,” Mehta said, smiling, as he formed a ‘smoker’s corner’ outside with former Little, Brown Chief Executive Philippa Harrison. Master would have approved of this ‘bike sheds’ behavior enormously.

There were five eulogies – from publishers Patrick Wright, Anthony McConnell and Richard Cable, from agent Andrew Nurnberg; and from bookseller Alan Giles, who was once MD of Waterstones. Master’s politically incorrect asides and emails were fondly remembered, as were his penchant for lunches and vintage sports cars. Also too, his lack of snobbery, his negotiating skills and his generosity with his time no matter who you were. St Luke’s in Chelsea, where Dickens was married

If I may add a memory of my own. In 1993 I attended the premiere of Jurassic Park (Random had published the novel) in London’s Leicester Square, which was followed by a glitzy party at the Natural History Museum. The famous entrance lobby with its giant Diplodocus had been given an exotic jungle theme, with grass skirted waitresses and bamboo shacks bedecked with drinks and food. Stephen Spielberg was there and all the stars of the film – it was like Cannes, only with dinosaurs.

However, over to one side, and detached from the mayhem, stood two very tall figures by themselves. One was Michael Crichton and the other was Master. No one seemed to recognize Crichton and Master seemed to be minding him for the evening. They were both just quietly surveying the hoopla, which they seemed to find faintly ridiculous (which it was – but in a good way).

As part of the eulogies, Anthony McConnell recalled having to go to a meeting with Random House’s owners in New York and feeling rather nervous. “But I knew Simon would be there too, so it would be alright. Then, the night before, Simon rang and said that he wouldn’t be able to be there after all, because Sonny wanted him to meet an author. I duly went to New York and when I returned I asked him how the meeting went. It transpired that that the author in question was [cricket legend] Imran Khan while the ‘meeting’ turned out be a trip to Barbados to see Khan play for Pakistan against the West Indies in the Test match…”

The most touching words at the service were spoken by former Penguin Sales Director Patrick Wright, now long retired. He recalled first meeting Master 60 years ago when they boarded at the same school. He spoke of their mutual love of cricket and of the fortitude Master showed in facing down his illness.

Looking out over all those who had worked with Master or met him in the course of their careers, he said: “I am so lucky to have shared my golden days of boyhood with him – my brave and fine friend.”