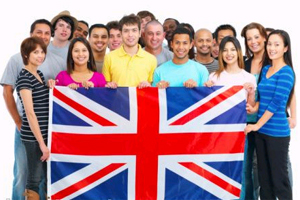 Infographic from “A Portrait of Modern Britain,” a report released by Policy Exchange, a research institute based in London

Black, Asian and other minority writers have a better chance at publication if their fiction features cultural or community stereotypes, says a new report. Commissioned by the writer development agency Spread the Word, the Writing the Future Report, launched at the LBF last week, found that the “best chance of publication” for a black, Asian or minority (BAME) writer was to write fictions that fit into the stereotypical idea of their communities, while addressing topics such as “racism, colonialism, or post-colonialism as if these were the primary concerns of all BAME people, according to the report’s author, Danuta Kean.

As reported by The Guardian, while mass-market fiction rules today’s market, 42% of those surveyed from a BAME background wrote “literary fiction,” as opposed to 27% of white writers. And one of the best-selling genres, crime, made up only 4% of BAME novelists’ output, compared to 16% by white writers.

Kean wrote that “Writers find that they are advised by agents and editors to make their manuscripts marketable in this country by upping the sari count, dealing with gang culture or some other image that conforms to white preconceptions.”

“Black and Asian authors complained,” she went on, “that they were expected to portray a limited view of their own cultures or risk the accusation of inauthenticity if their characters or settings did not conform to white expectations. Failure to comply, many felt, limited their prospects of publication.”

According to the survey, some authors reported that they were forced to go to overseas publishers to get their work published after failing to find “understanding or a home for their work in the UK.” Others reported making changes at the request of their publishers to get their work published, or participated in publicity campaigns that focused completely on their ethnicity. One author, who made the decision to remain anonymous, told the researchers, “I remember being told to make sure one half of a love relationship was white, because white readers would have problems reading books with ‘foreign’ settings or all-black casts.”

And when it comes to UK publishers themselves, Kean wrote that:

“The past 10 years of turbulent change affecting the UK book industry has had a negative impact on attempts to become more diverse. Traditional publishers have retrenched and become more conservative in their editorial and employment choices. Nowhere is this more obvious than in the rise of the unpaid internship as a primary route into the business — a practice that immediately discriminates against those without the economic power to support living and working in London unwaged.”