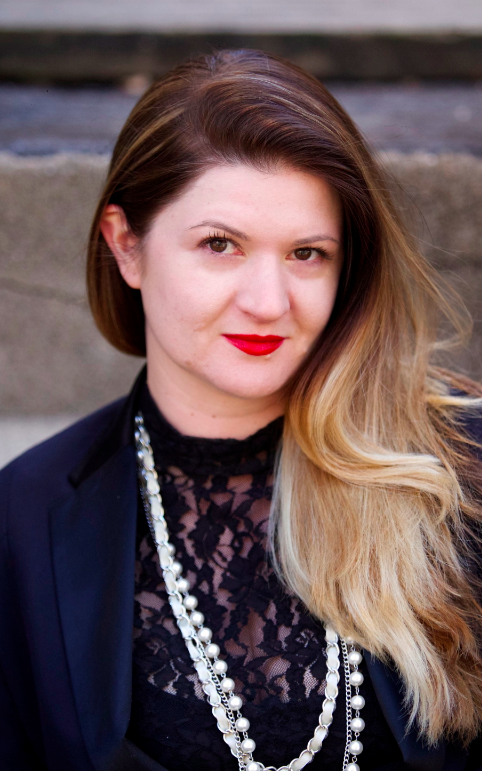 For the young Bulgarian translator Izidora Angel, winner of the Literary Translators’ Residency at the University of Rochester, there is much to experience.

In just a few short weeks I am setting off from Chicago to Rochester, NY, where bestowed upon me will be a hotel suite overlooking the Genesee River, Wi-Fi, and the company of people genuinely interested in my project—quite possibly the greatest things a writer and translator could ever hope for. And the luxury of an entire three weeks, of course. As the recipient of the Literary Translators’ Residency given by the Elizabeth Kostova Foundation, in conjunction with the Rochester-based press Open Letter Books, I am stocking the pantry with macaroni and cheese and leaving the kids and my husband behind for three weeks of uninterrupted writing. Hey kids, it’s art.

I stand before the wholly daunting task of translating a cult Bulgarian writer, Hristo Karastoyanov, and his quite possibly career-defining work – a commercially astounding, multiple award-winning take on the last two years in the blasphemously short life of the legendary Bulgarian poet Geo Milev, murdered in 1925 by a fascist-leaning government wanting little to do with literary freedom or the enlightenment of its people. The book’s title, The Same Night Awaits Us All: Diary of a Novel is taken from the poet Horatius and the full verse of the poem, translated from Latin, reads like this: “The same night awaits us all, and the road to death is be trodden once.”

But how did I get so lucky as to get to translate a book of this caliber? I’m not a classically trained linguist in the sense that my approach to language is completely instinctual. I’ve studied in Bulgaria (the Motherland), in England, and in America—where I currently live—and have translated numerous articles, literary essays and even poetry to and from English. But I’ve never studied translation. And, like any artist, I’m often plagued by the self-defeating game of wondering… am I really any good at this? I suppose I’ll get my answer soon enough. I see the residency in Rochester like a start-up incubator: it will nourish the small flame of the promise of something great, of a book that is already brilliantly written in another language, and maybe, somehow, with the help of those looking out for me, it will all lead to the holy grail—a publisher, readership, a contribution to the culture.

This, the biggest challenge of my rather young translating career started as many other things in my life have: with an impulsive action. It’s what took me from Chicago to England for university; it’s what took me from England back to Bulgaria for business school and travel writing. And it’s what took me back to America for marriage, babies, food writing, and brand consulting. This time, though, it was the impulse to write an angry letter to the New York Times that led me to a writer and a book and an experience that would change my life.

Two years ago I was skimming the New York Times Book Review when I came across an interview with Clive James — the internationally respected poet, writer and translator — who was promoting his recent, albeit lukewarmly reviewed, translation of Dante’s Divine Comedy. Upon being asked what was the funniest book he’d ever read, he ventured to respond “…’Lucky Jim’ by Kingsley Amis. Is there some Bulgarian equivalent, languishing untranslated? Probably not.”

James is currently very sick, so I will attempt to rein in the venom, but the comment, no doubt thrown in to elicit a snicker for the ostensibly obscure reference to a language surely no one cares about was infuriating on so many levels. In my mind, a translator insulting a language so publicly was sacrilege. Unprovoked, James used the substantial platform he’s often given to dismiss the enormously uphill battle of getting anything translated into English. As Chad Post, who runs Open Letter Books will tell you, in America only 3% of published literature is translated. It made me wonder, did people equate reading foreign translations to watching a film with subtitles—that dreaded, unholy inconvenience?

But back to my letter. In what I felt to be a great personal victory, my response to James was published in the Sunday Book Review the following week where it attempted to make a (quick) case for Bulgaria’s contribution to literature. Of course there is the Cyrillic alphabet, which is—James should know—what Tolstoy and Dostoyevsky and Chekhov all used to write their masterpieces. Not to mention the unparalleled contribution of the late, great Bulgarian author and translator Valery Petrov, whose interpretation of Shakespeare’s oeuvre into Bulgarian (I assure you, a back-breaking feat bordering on self-punishment) deemed him worthy of a nomination for the Nobel Peace Prize for Literature.

At the time of writing the letter, I had only a peripheral knowledge of the important work the Elizabeth Kostova foundation was doing in supporting Bulgarian writers and translators—its Sozopol Fiction Seminars, the translators’ residency and various contests it ran—as I was deep into what many a writer with a dream have done before me and many would surely continue to do: paying bills by free falling into an abyss of meaninglessness as a copywriter at a marketing agency, pushing credit cards under the auspices of a creative director who had scarcely ever written a sentence longer than 45 characters (with spaces). But as I sat down to write the letter, I knew enough to mention the foundation and its work, subscribe to their newsletter, and a year later attend a reading the foundation helped organize at the Seminary Co-op bookstore at the University of Chicago. The reading featured two great contemporary Bulgarian books, Everything Happens As it Does and 9 Rabbits, together with their authors, Albena Stambolova and Virginia Zaharieva, and their translators, Olga Nikolova and the supremely gifted, American-born Angela Rodel.

Could I do it? I had translated significant excerpts from Mihaela Petrova’s Sex, Love, and Other Verbs — an excellent collection of columns that had been published in serious women’s magazines in Bulgaria, striking in their exploration of femininity and sexuality, and indeed striking in their very existence, since writing about sex in Bulgaria was unheard of, to put it mildly, and therefore revolutionary. I was happy with my translation because the material I was working with was solid, which is, of course, crucial. I had even used the book to apply for the prestigious PEN Translation Fund Grant (now PEN/Heim). That year, in what was a first for a Bulgarian book, the grant was won by Angela Rodel for her translation of Georgi Tenev’s “Holy Light”. (I like to think choosing between the two Bulgarian entries that year was really, really hard on the judges.)

So maybe I thought I could run with the big girls… but where was this book I was going to translate? And who was its writer? And then one day I found him. Hristo Karastoyanov was his name and his new book, his 30th, was just published to pretty incredible acclaim. I read an excerpt of the book in a magazine and got my hands on a PDF of the manuscript. Three pages in I knew – this was it. Thanks to the Internet I had instant access to Karastoyanov, and as fate would have it, we clicked in an instant. There was palpable chemistry between the seasoned, revered writer, poet, and cartoonist with the slightly dangerous charisma, and the hesitant translator in over her head.

Since I began translating the book, it has won two of the biggest literary prizes in Bulgaria, it’s been turned into a play to be produced this September, and a film script is currently in development. Right now, Karastoyanov’s presence on TV and radio, and in magazines and newspapers in Bulgaria is continuous. The momentum is real, thrilling, and of course paralyzing.

When I got Karastoyanov’s blessing to enter the Elizabeth Kostova contest with his book, I had six weeks to read the whole thing, translate 15 pages with which to apply for the residency, and maybe even win it. I did and I did and I did. And that was just the beginning.

Izidora Angel is a writer and editor in Chicago and now – award-winning translator, something she’s still getting used to. The Same Night Awaits Us All: Diary of Novel will be her first full-length translation. This article is part of a 3-part series chronicling her literary translators’ residency at the University of Rochester, as well as the journey of publishing the work.