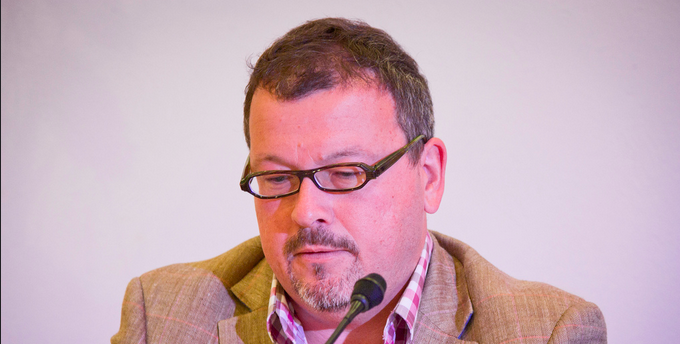 Traditional vs. self-publishing has become a Civil War, says Philip Gwyn Jones, who will the topic at today’s London Book Fair. The shrill comments posted underneath publisher Philip Gwyn Jones’s piece on self-publishing in The Bookseller last year made him start to think about what had happened to the “collaborative culture that used to exist in publishing where author, agent, publisher and bookseller may have grumbled about each other but they fundamentally knew they were on the same team” — and why its place had been taken by a culture that, if it resembled anything, resembled a community tearing itself to pieces in a bloody civil war. Gwyn Jones has been publishing books since 1989 and is currently editor-at-large at Scribe Publications

Now in “Where Is The Money Going?: The Civil War For Books Pt 1 – Part of the National Conversation” at the London Book Fair, today, April 16, he is going to be exploring this new age of conflict in a provocation that will surely stimulate a strong reaction. The National Conversation is a two-year program of 20 events organized by Writer’s Centre Norwich with partners around the country, including the Edinburgh Festival and the London Book Festival, to talk about the challenges facing writers and readers alike. Rather than trying to offer answers, it instead tries to chart a route through them together.

“I have been thinking a lot about the writing ecosystem from the point of view of an editor and publisher for 25 years. In my gloomy moments I think that the kind of books that I sponsor as a publisher and enjoyed as a reader are going to get harder and harder to get off the ground,” says Gwyn Jones. “Since 2005 the percentage of writers earning a living solely from writing has fallen from 40% to 11.5%, while the median income now for professional writers is barely £11,000 per year.

“Teaching is the only thing holding many writer’s incomes up as average book contract for an ambitious fiction or non-fiction book has been halved and journalism has collapsed – teaching is itself galling as you are helping to encourage someone else’s creativity when you don’t have time for your own.”

Yet, he says, at the same time “the big publishers are recording their best ever profits. Amazon casts its shadow while all the time it grows and grows while generating so little profit yet to the satisfaction of the shareholder. Meanwhile, the violent language just escalates: writers attack literary festivals for paying too little and publishers accuse agents and booksellers of too much control and too big cuts.

“Yes, there is the brave new land of self-publishing, which generates a lot of noise; and the ferocity of the opinions expressed when I wrote my piece surprised me, as at the same time as calling me a dinosaur they adore Amazon despite everything it is doing to their craft.”